USC star quarterback Sam Darnold recently denied allegations that he would stay in school for another year to avoid being drafted by the Cleveland Browns.

“I didn’t say anything about the Browns. I’ve never said anything bad about [an NFL] team. They know I would never say anything,” Darnold told the media while discussing the rumor, according to ESPN. 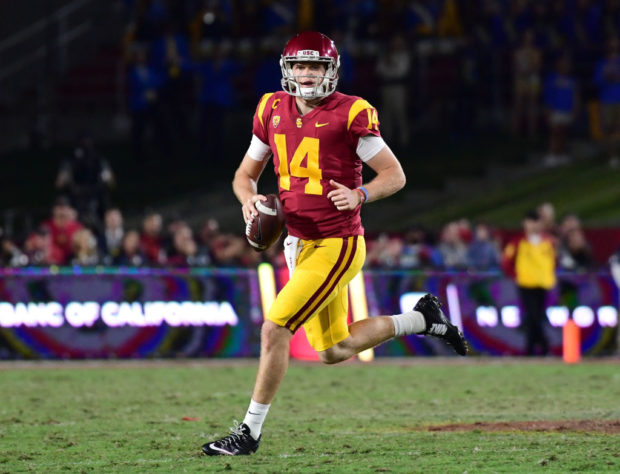 LOS ANGELES, CA – NOVEMBER 18: Sam Darnold #14 of the USC Trojans scrambles out of the pocket during the second quarter against the UCLA Bruins at Los Angeles Memorial Coliseum on November 18, 2017 in Los Angeles, California. (Photo by Harry How/Getty Images)

It made waves in the sports news cycle when reports surfaced he would stay for an extra because he wanted to avoid the Browns that badly. It would certainly be an interesting decision if he chose that path, which he claims he won’t.

Darnold is an elite quarterback prospect, Cleveland would pay him millions but the Browns don’t exactly have a rich history of developing quarterbacks in the NFL. However, perhaps Darnold could be the savior they have always hoped for. Either way, it’s hard to complain too much about the NFL when you’re cashing massive checks.