North Korea appears to have achieved another weapons development breakthrough in the days leading up to its latest missile test, in which it fired off a new weapon.

North Korea’s powerful new Hwasong-15 intercontinental ballistic missile, which the rogue regime tested for the first time Wednesday, was carried on an indigenously-produced missile launch vehicle, the state-run Korean Central News Agency reported. North Korean dictator Kim Jong Un “came out to the place where technical preparations for the rocket was under way late at night to see the 9-axle self-propelled launching vehicle manufactured by workers of the munitions industry.”

“The country can manufacture as many as it wants now that the munitions industry has made a breakthrough in putting the production of all parts of the vehicle 100 percent on a domestic and Juche basis,” KCNA revealed. Kim called the launch vehicle “impeccable.”

North Korea’s Hwasong-14 ICBM, which the North tested twice successfully in July, was carried on a Chinese-made heavy truck built to hall timber converted to serve as a transporter erector. As the North now faces tough import restrictions making it difficult to obtain dual-use materials and vehicles to advance its ballistic missile program, North Korea seems to be pushing to become self-reliant as the international community cuts off the North’s global procurement systems. 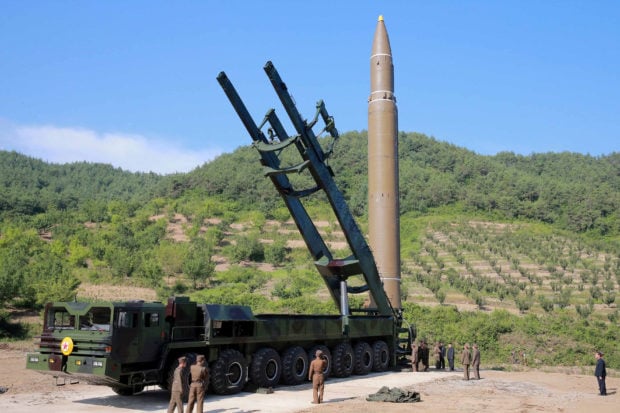 North Korea revealed its first indigenously-produced transporter erector launcher in February when its tested the Pukguksong-2, a road-mobile, solid-fueled, land-based variant of the Pukguksong-1 submarine-launched ballistic missile. After North Korea tested the missile again in May, Joshua Pollack, senior research associate in the James Martin Center for Nonproliferation Studies at the Middlebury Institute for International Studies, called the independent production of TELs a “big breakthrough,” adding, “The North Koreans put their best brains on this one.”

The Pukguksong-2 TEL is a tracked launch vehicle based on a tank chassis, and that design has shown up on other new missiles, such as the North’s new short-range, high-precision Scud missile. 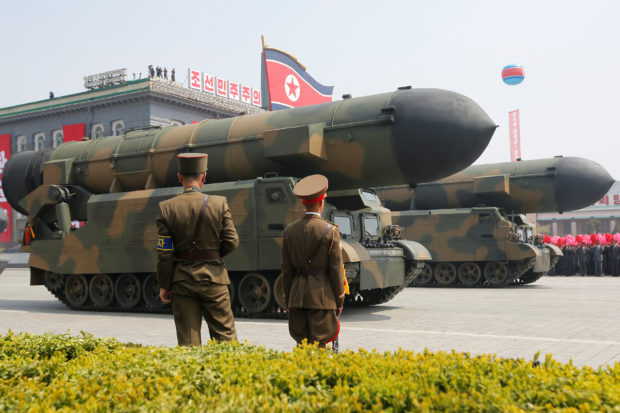 During a military parade in April, North Korea revealed a tractor-trailer with an erector-launcher mechanism, but it was a Chinese-made vehicle that was repurposed for the North’s weapons program. The North appears interested in developing these trucks at home.

“Now that North Korea’s demonstrated IRBMs and ICBMs they have to scale up their production of road mobile launchers,” she explained, adding, “You can only use a missile if you have a launcher, and North Korea likes to keep them mobile to keep the rest of us guessing where they are.”

Without pictures of the latest test, it is difficult to know exactly what the reportedly indigenously-produced launch vehicle looks like.