North Korea has had a big year filled with alarming breakthroughs for the rogue regime and its illicit weapons programs.

North Korea has demonstrated capabilities previously thought to be beyond the country, testing new weapons designed to rain devastation on its neighbors and the U.S. The North has successfully tested new short-, medium-, and intermediate-range ballistic missiles to threaten South Korea, Japan, and the U.S. territory of Guam. In addition to these achievements, the regime has developed and tested two new intercontinental ballistic missiles capable of striking the U.S. mainland and a suspected staged thermonuclear warhead able to produce an explosive yield far greater than anything the North has previously tested.

Shortly after President Donald Trump took office, North Korea unveiled the Pukguksong-2 MRBM, a road-mobile, solid-fueled missile designed to target the North’s neighbors. North Korea conducted a second test in May, at which point it announced that it was ready to mass produce the weapon. 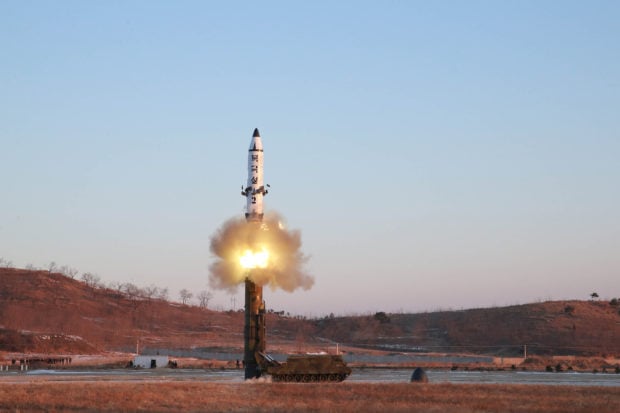 A view of the test-fire of Pukguksong-2 guided by North Korean leader Kim Jong Un on the spot, in this undated photo released by North Korea’s Korean Central News Agency (KCNA) in Pyongyang February 13, 2017. KCNA/Handout via Reuters

Solid-fueled missiles are more dangerous than their liquid-fueled counterparts because they can be fueled in advance and fired in a matter of minutes with limited preparation.

With this missile, the rogue regime also revealed its first indigenously-produced tracked transporter erector launcher, giving the North the ability to take the missile off road and across rough terrain, boosting the weapon’s survivability in a combat situation.

In mid-May, the North unpacked more surprises and tested a new liquid-fueled IRBM — the Hwasong-12. 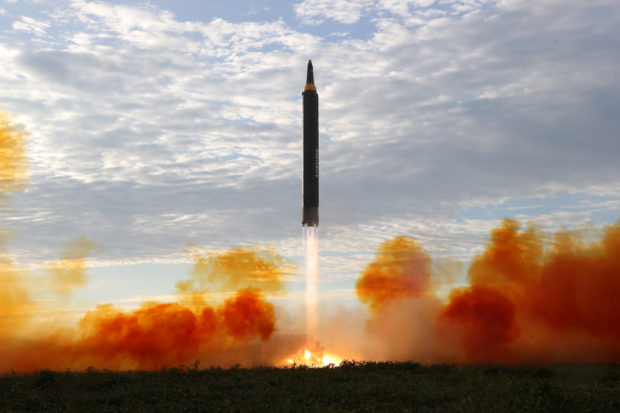 This missile test was a wake up call for much of the international community, as it led South Korea’s defense ministry to conclude that North Korea’s ballistic missile development program is progressing faster than expected.

Not only did the Hwasong-12 IRBM serve as a stepping stone in North Korea’s development of a working ICBM, but it has also played an integral part in a new testing pattern, one in which North Korea launches ballistic missiles over Japan into the Pacific Ocean. The regime has launched missiles over Japan twice this year, once in August and again in September. Through these tests, North Korea demonstrated the ability to hit Guam, home to numerous civilians, as well as strategic U.S. military assets.

Towards the end of the month, the North revealed a new purported high-precision Scud missile carried on a “newly-developed caterpillar self-propelled” launch vehicle. North Korea claimed the Scud variant is a “new-type precision guided ballistic rocket capable of making ultra-precision strikes.” North Korean state media asserts that the missile landed within 25 feet of the target during testing. 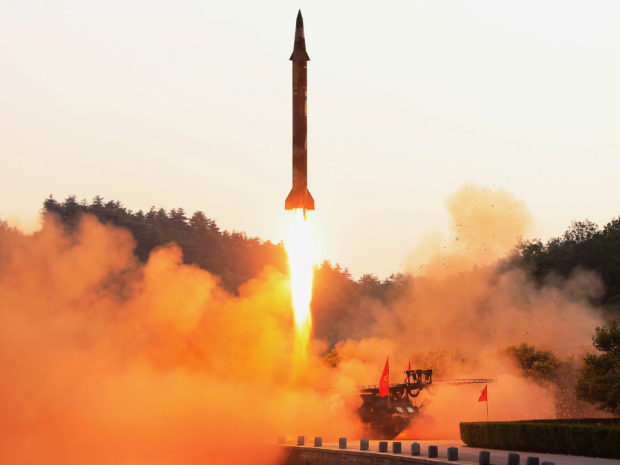 The fins on the nosecone suggest that North Korea may be experimenting with terminal maneuverability, which could potentially give the new SRBM the valuable ability to skirt enemy missile defenses.

U.S. intelligence, according to the Diplomat, suggests that North Korea may have tested another Scud missile variant this year, but Pyongyang has not released any details about this particular missile.

North Korea shocked the world in July with two successful tests of its Hwasong-14 ICBM. 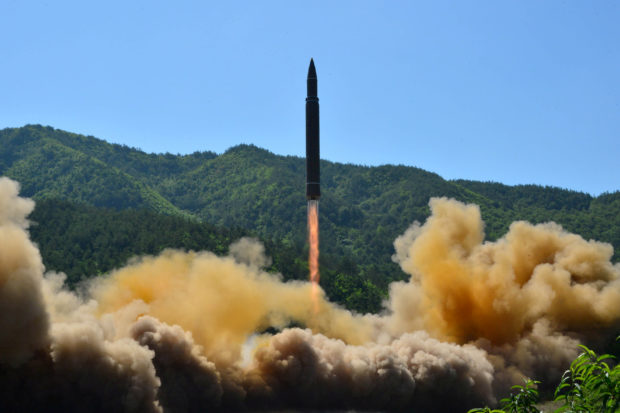 After the first test of this ICBM on July 4, observers concluded based on the flight data that the missile could strike Alaska and possibly some West Coast cities. North Korea tested it again later that month, demonstrating the ability to strike targets as far away as Chicago, possibly even farther.

The North has not yet tested this weapon along a minimal energy trajectory as it has the Hwasong-12 IRBM, but it is theoretically the first North Korean weapons system to have the ability to deliver a nuclear payload to the continental U.S.

North Korea apparently decided that having the ability to strike most of the U.S. mainland was simply not good enough.

The North tested a new ICBM — the Hwasong-15 — Wednesday, demonstrating the ability to strike anywhere in the U.S. 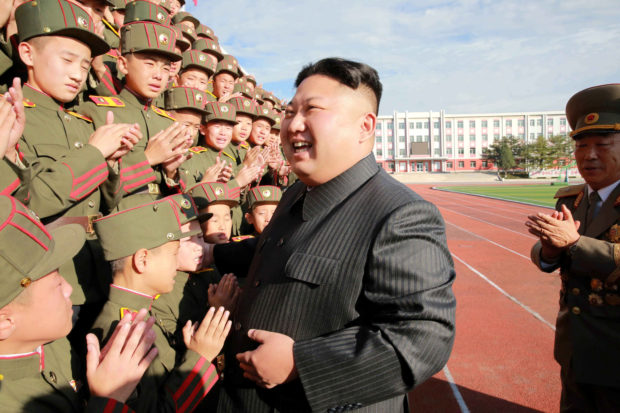 North Korean state media claims that the weapon was carried on an indigenously-produced missile launch vehicle and proved that the rogue regime has the ability to “reach all of the U.S. mainland.” North Korea watchers are waiting anxiously for images of the new missile that has reportedly extended the reach of North Korea’s nuclear shadow to cover all of the continental U.S.

As for what the North’s ICBMs may carry, the country conducted its sixth nuclear test in September, detonating a staged thermonuclear bomb — a hydrogen bomb — that generated an explosive yield far greater than the devices tested in the past. Prior to the test, Pyongyang released images of the warhead, which military commanders and experts assess was designed specifically for the destruction of cities. 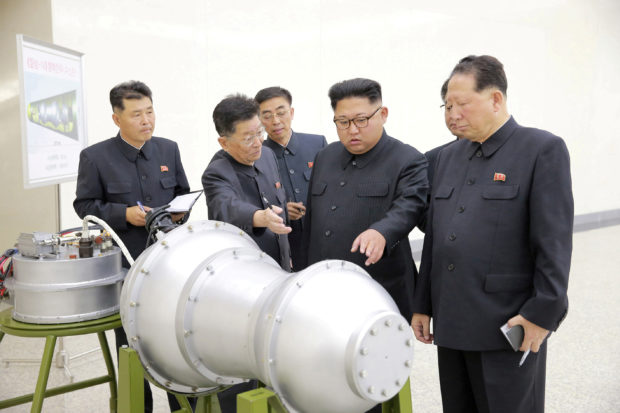