During the white nationalist rally in Charlottesville on August 12 that left one woman dead, an armed Charlottesville police officer felt “unsafe” and removed her car from the intersection of 4th Street NE and Market Street, where she was posted as part of the police department’s security plan.

White nationalist James Fields later drove through that intersection just before he plowed his car into a crowd of counter-protesters, killing Heather Heyer and injuring dozens of others. That is one of the damning details in a new independent report on the failures of the Charlottesville police department during the August 12 rally. 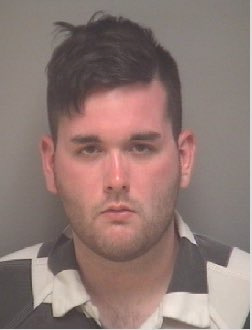 “In the face of the Market Street skirmishes that broke out after the unlawful-assembly declaration, Officer Shiflett felt unsafe and radioed for assistance. She was soon reassigned, and she moved her vehicle away from that intersection,” the report states.

“After Officer Shiflett departed, all that remained at that crucial intersection was a wooden sawhorse barricade. Lieutenant Steve Knick, the traffic supervisor, was not aware that Officer Shiflett had been reassigned. No one in the Command Center thought to replace Officer Shiflett with other officers, or install any additional barricades. The lack of protection of that intersection left it vulnerable to vehicle traffic southbound on 4th Street, across the Downtown Mall,” it continues.

“The sawhorse barricade blocking 4th Street was moved by unknown persons, and several vehicles were able to travel southbound across the Downtown Mall. James Fields exploited this vulnerability when he drove his Dodge Challenger southbound along 4th Street into a crowd of counter-protesters, causing the death of Heather Heyer.”

The Charlottesville police had other failures that lead to increased violence between far-left groups and the white nationalists. (RELATED: Brutal Examples Of Violence That Occurred By Both Sides In Charlottesville [VIDEO])

When violence first broke out between left-wingers and right-wingers, Charlottesville Police Chief Al Thomas reportedly instructed officers: “let them fight, it will make it easier to declare an unlawful assembly.”

After declaring unlawful assembly, the officers then pushed the protesters and counterprotesters together as they moved to evacuate the park.

“Those in the park at the time of the unlawful assembly were pushed straight south, into the area on Market Street where counterprotesters had assembled,” the report states. “Predictably, violent confrontations occurred as the Unite The Right protesters streamed past the counter-protesters.”