On Thursday evening, Jose Garcia Zarate, the illegal immigrant and convicted felon who shot and killed Kate Steinle in 2015, was acquitted by a San Francisco jury of murder and manslaughter charges.

Zarate will reportedly be deported back to Mexico — FOR THE SIXTH TIME — and people are furious with the verdict.

Also on today’s docket: Wisconsin squares off against Ohio State in the Big Ten Championship Game on Saturday. 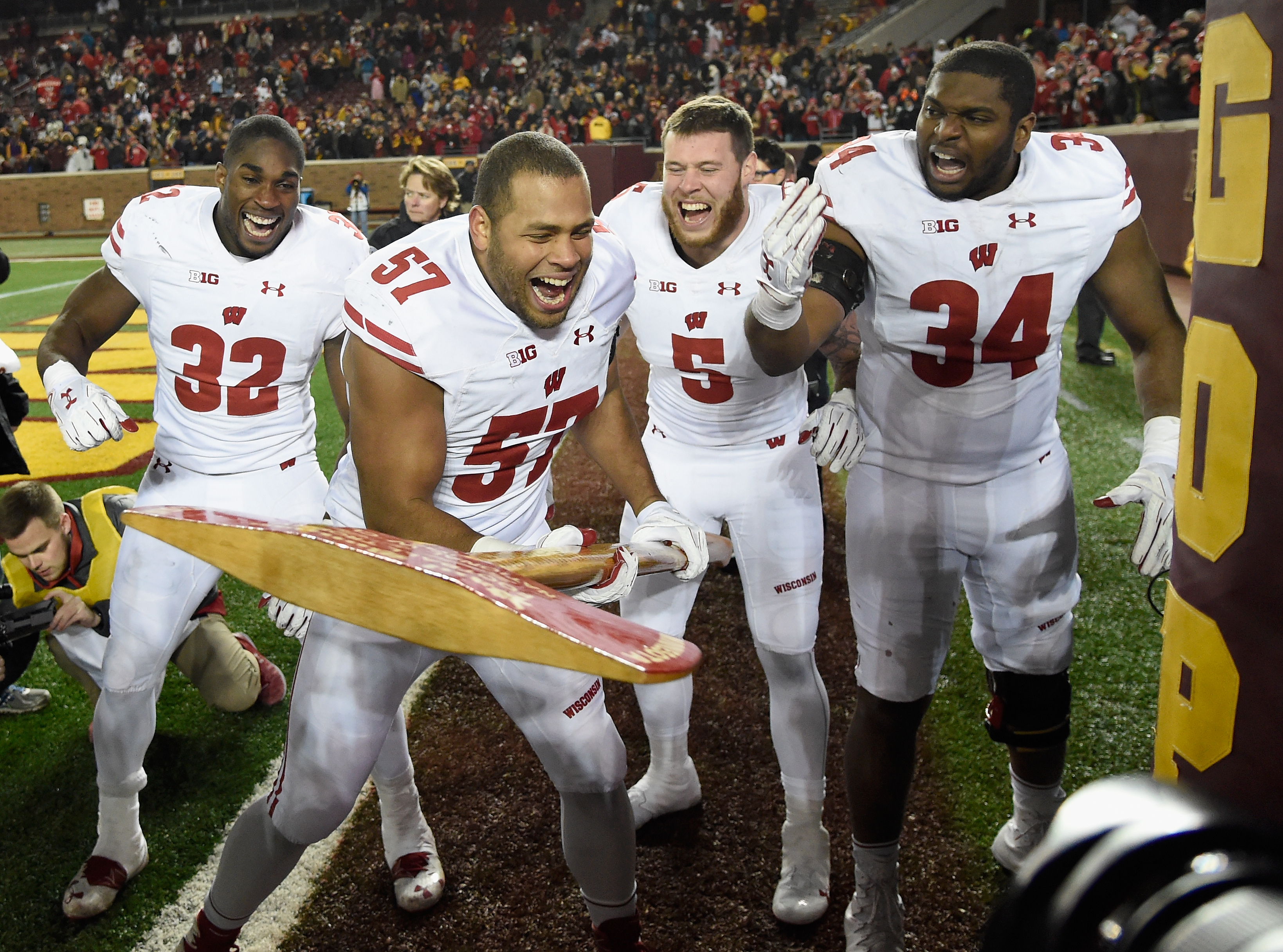 MINNEAPOLIS, MN – NOVEMBER 25: Leon Jacobs #32, Garret Dooley #5, Chikwe Obasih #34 of the Wisconsin Badgers cheer on teammate Alec James #57 as he pretends to chop down the goal post with Paul Bunyan’s Axe after defeating the Minnesota Golden Gophers in the game on November 25, 2017 at TCF Bank Stadium in Minneapolis, Minnesota. The Badgers defeated the Golden Gophers 31-0. (Photo by Hannah Foslien/Getty Images)

The Badgers are the last, undefeated power-5 conference team in the nation but will face an extremely tough challenge with a birth to the college football playoff on the line.