President Trump visited Utah Monday to sign executive orders adjusting how the federal government will be controlling public land in the state.

The president strayed away from the major political news of the day. During his quick trip out west.  Trump instead opted for meetings with local officials and politicians from the state.  During one stop, Trump visited a food distribution center for the poor set up by the Church of Latter-Day Saints.

According to the official White House pool report, the president grabbed a shopping cart and started whipping around the grocery store:

POTUS was given a short tour of the facility where the LDS Church showed him their food services.

“Good stuff,” Trump said, grabbing a shopping cart and taking it for a spin.

The pool report also notes that the president put a bag of potatoes in the cart:

POTUS was shown a Bishop’s Storehouse and he put a bag of potatoes in a shopping cart as LDS leaders explained how the storehouse works.

However, the best part of this visit was certainly the photographs. Trump can be seen wheeling the full cart of food around the store. 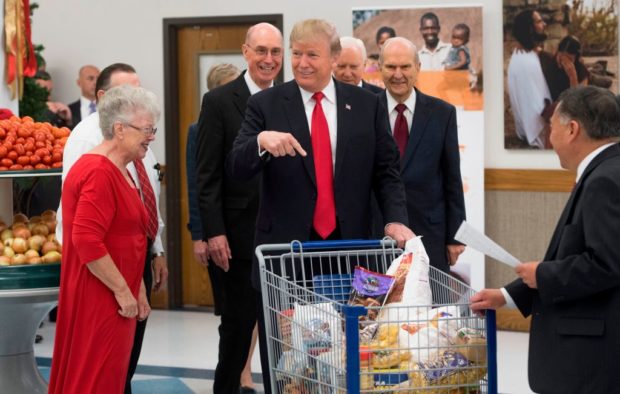 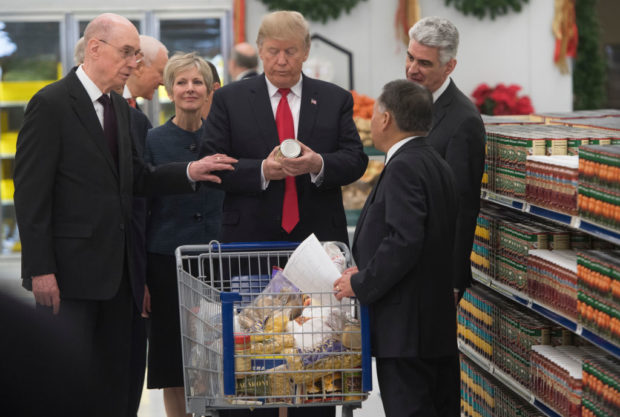 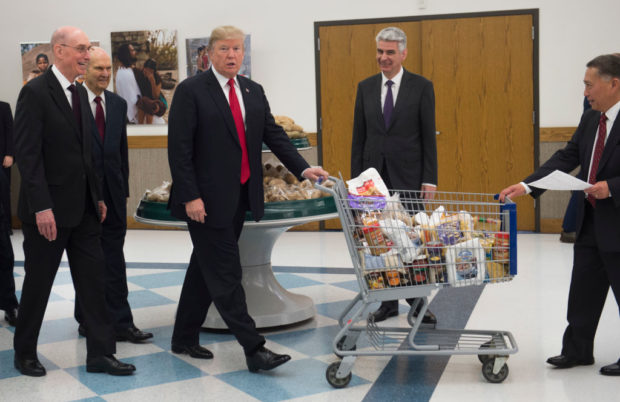 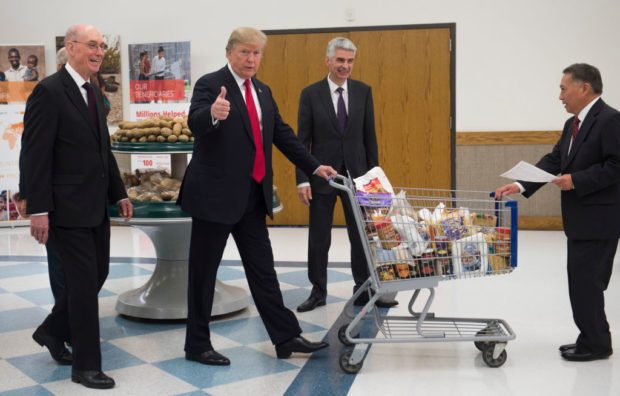 In one particularly incredible image, Trump is seen flanked on one side by a giant row of peanut butter jars and on the other side by images of Jesus Christ. 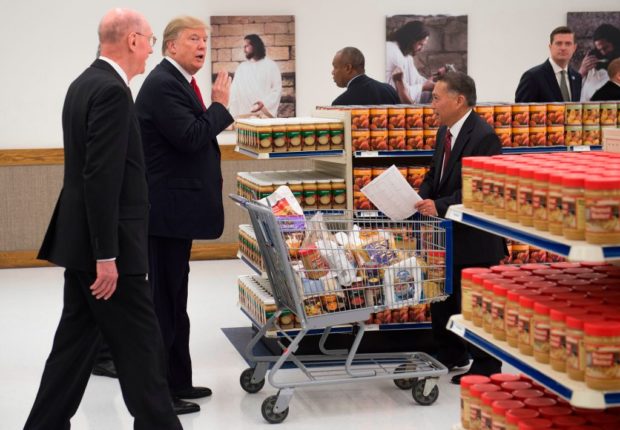 It doesn’t get more American than that.