Michigan Congressman John Conyers is facing new accusations of sexual assault by another member of his former staff.

The accusations included detailed descriptions of how Conyers would call staff into his office while he was naked and how he would regularly grope their “buttocks and thighs.”

One particularly distressing detail claims Conyers sexually assaulted Grubbs while in church. “Rep. Conyers slid his hand up my skirt and rubbed my thighs while I was sitting next to him in the front row of the church.”

Grubbs claims there were other witnesses to this event. 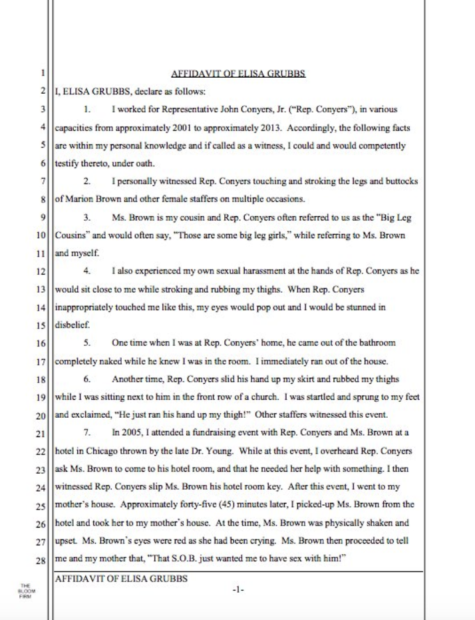 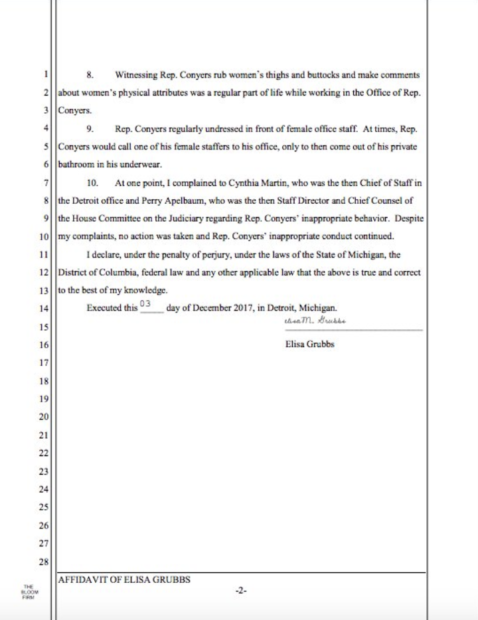 Grubbs also says she witnessed Conyers groping and stroking other women in the office.

Conyers attorney dismissed the claims according to the Detroit Free Press:

Conyers’ attorney, Arnold Reed of Southfield, dismissed the new claims, noting that Grubbs is a relative of Brown’s and calling them “another instance of tomfoolery from the mouth of Harvey Weinstein’s attorney.” Bloom previously represented Weinstein, a movie mogul accused of sexual harassment by several women, before resigning in recent months.

Reed added that Grubb’s claims were “unworthy of any further response.”

Conyers has now been accused by six different women of sexually inappropriate behavior and harassment.

There are conflicting reports on John Conyers future in congress. Reports announced Tuesday morning he would be resigning.