Irina Shayk made quite the statement Tuesday night when she hit the Versace Opening Party in London in a bright graphic print mini-dress. 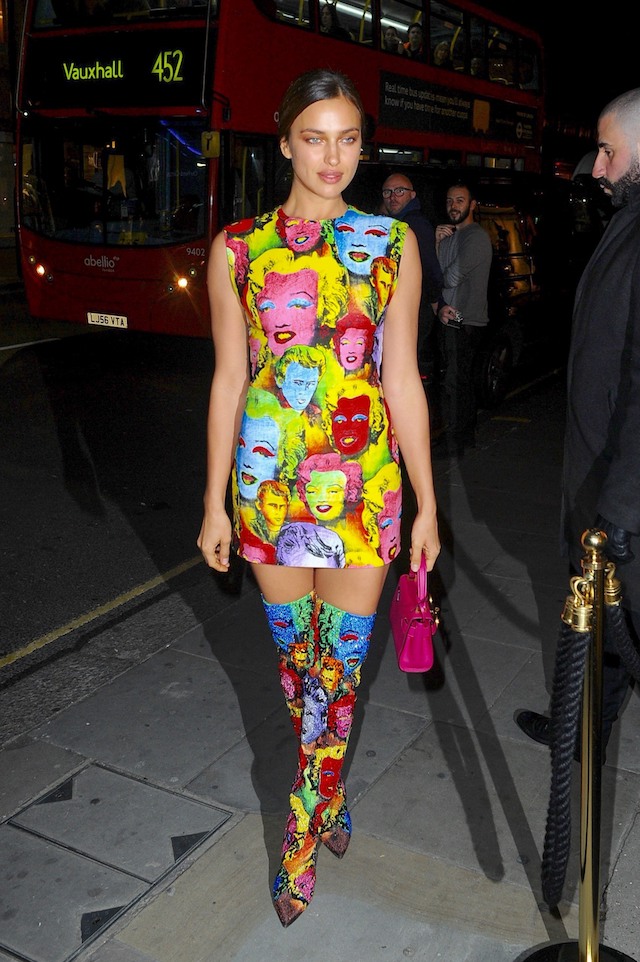 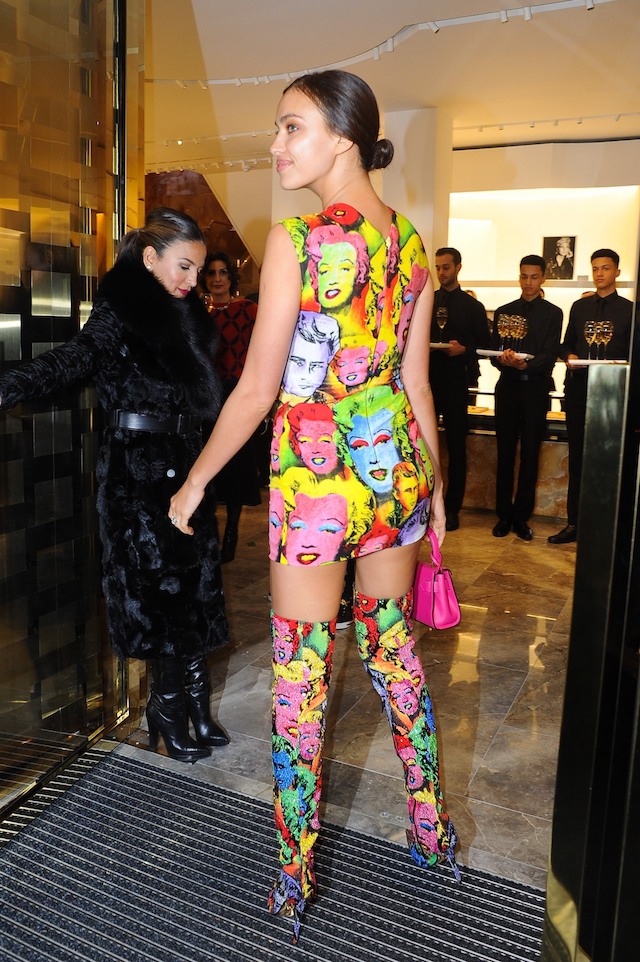 The 31-year-old Sports Illustrated Swimsuit model turned heads in the sleeveless colorful mini-dress that had an extremely high hemline.

She completed the daring look with hair pulled back into a bun, a hot pink purse, and matching graphic print high heel boots.  (RELATED: Irina Shayk Strips Down For The Cover Of GQ Italy) 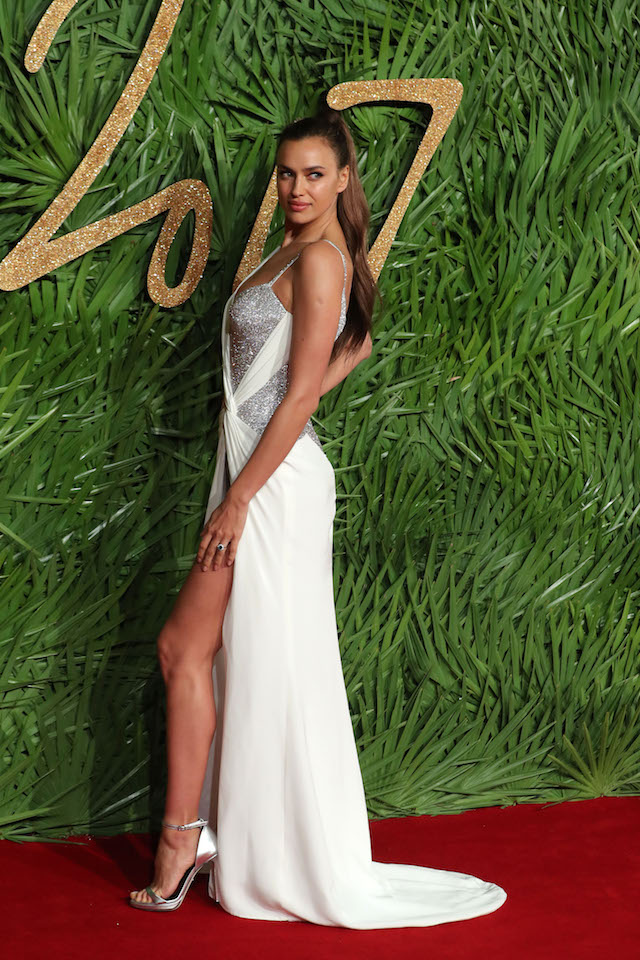 On Monday night, the Russian beauty showed off her curves when she hit the red carpet at the 2017 British Fashion Awards in a stunning gown made up of a low-cut silver sleeveless body suit and a white silk skirt.

She completed the stunning look with her hair pulled back into a high pony tail and silver metallic high heels. 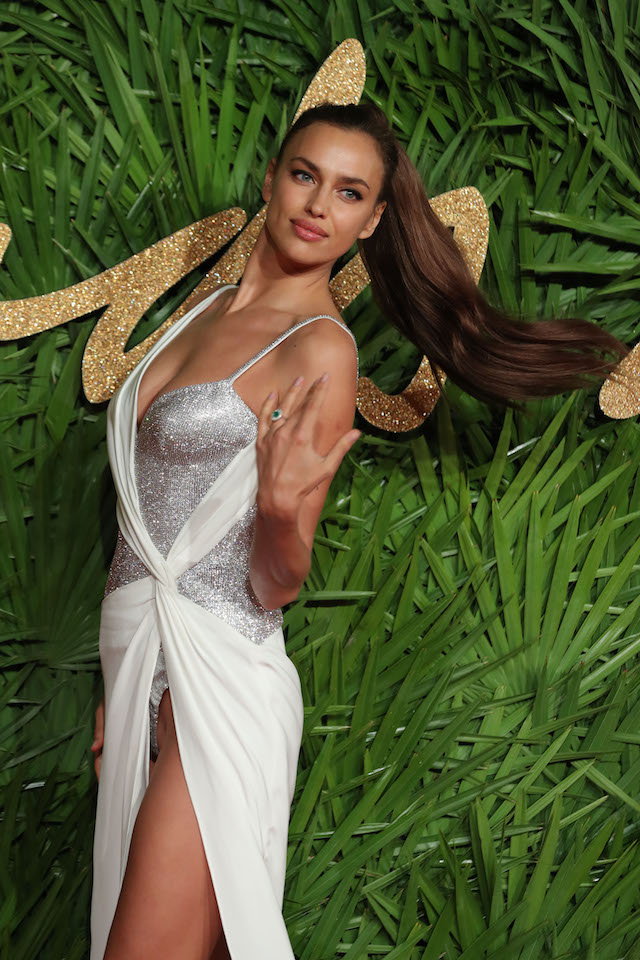 Earlier in the day, she appeared in a shot shared on Instagram from the Vogue Italia celebration issue wearing a black leather mini-dress while climbing on top of a table covered with food.

In another shot from the shoot, she eats some pasta in a low-cut dress.

It was quite the look to say the least.