Bradley Beal single-handedly carried the Washington Wizards to a big road win on Tuesday night by torching the Portland Trailblazers for a career high 51 points. 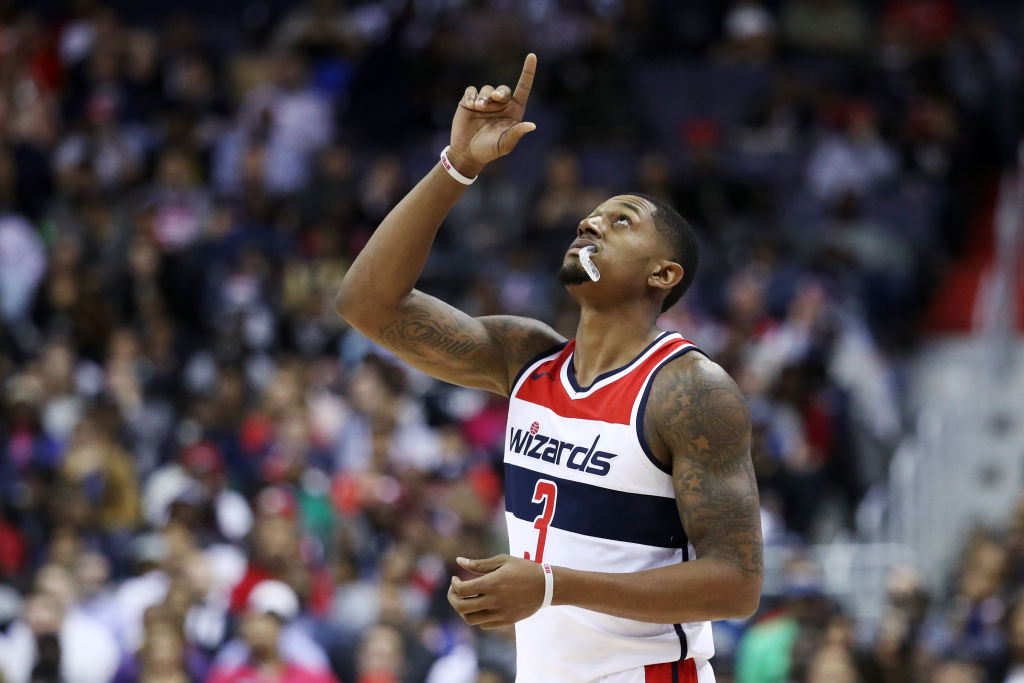 Beal and John Wall typically balance out the effort for the Wizards, but with the electrifying point guard was out with an injury, the star shooting guard stepped up big to lead the team.

The Wizards were 2-3 without Wall, and coming off of an embarrassing 116-69 loss to the Utah Jazz when they arrived in Portland. Aside from several solid efforts from the role players, the Wizards’ win was a Bradley Beal highlight reel.

Afterwards the young shooting guard remained humble despite lighting the Trailblazers up for 51.

“I haven’t been playing good the last five, six games and my teammates do a great job man in keeping my head up and my spirits up and continuing to be the elite player I want to be,” Beal said. “It was a great team effort, man. You know we all contributed in one way or another and I definitely couldn’t have did it without my guys.”

“I definitely couldn’t have did it without my guys.”@RealDealBeal23 after his career-high 51 points. #PlayersOnly pic.twitter.com/nBlrHdbX2L

Beal joined an elite group of players to score 50-plus in a game this season, with LeBron James and James Harden being the only other two to do it. If he strives to keep that company when Wall returns, the Wizards could be a problem in the East this year.