Kirsten Nielsen was sworn in Wednesday as Secretary of Homeland Security.

“I am humbled by the trust placed in me to lead our Department,” Nielsen said in a statement. “I look forward to continuing this Administration’s work to raise the standards for the security of our homeland in all areas – including securing our borders, protecting Americans from terrorist threats, and securing our cyber networks.” 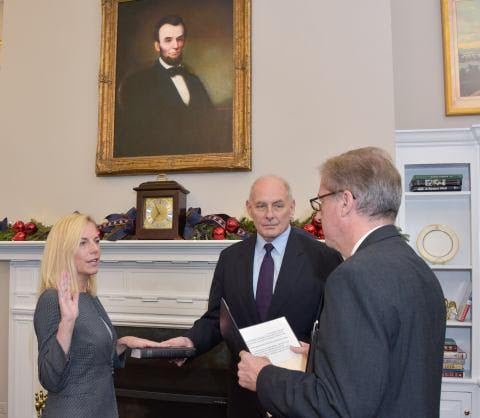 Some immigration hawks have criticized Nielsen’s stance on immigration. She told senators that the U.S. owes illegal immigrants brought to the U.S. as children a “permanent solution.”

However, President Trump himself has adopted supporting a legislative solution for the so-called “Dreamers.”