President Donald Trump declared Jerusalem the capital of Israel Wednesday and called for a “new approach” to achieving peace between Israel and Palestine.

Trump’s decision to start the process of moving the U.S. Embassy from Tel Aviv to Jerusalem enjoys bipartisan support in Congress, but has been condemned by global leaders.

Palestinian Authority President Mahmoud Abbas warned Trump Tuesday of the “dangerous consequences such a decision would have to the peace process and to the peace, security and stability of the region and of the world,” according to Abbas’s spokesman. And Turkish President Recep Tayyip Erdogan said the decision would cross a “red line” for Muslims. 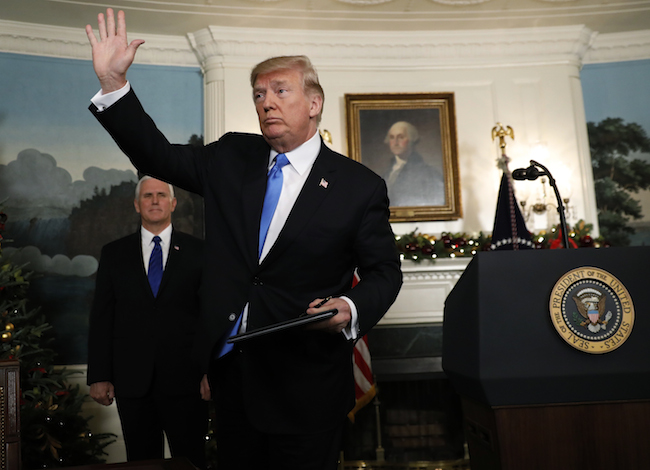 “President Trump recognizes that the status of Jerusalem is a highly-sensitive issue, but he does not think the peace process is aided by ignoring the simple truth that Jerusalem is home to Israel’s legislature, supreme court, president, and prime minister,” the White House said in a statement.

The U.S. will continue to support the status quo at the Temple Mount and recognizes that the boundaries of Israeli sovereignty in Jerusalem are subject to final negotiations.

“With today’s action, I reaffirm my administration’s long-standing commitment to a future of peace and security for the region. There will, of course, be disagreement and dissent regarding this announcement,” Trump said at the White House. “But we are confident that ultimately, as we work through these disagreements, we will arrive at a peace and a place far greater in understanding and cooperation.” 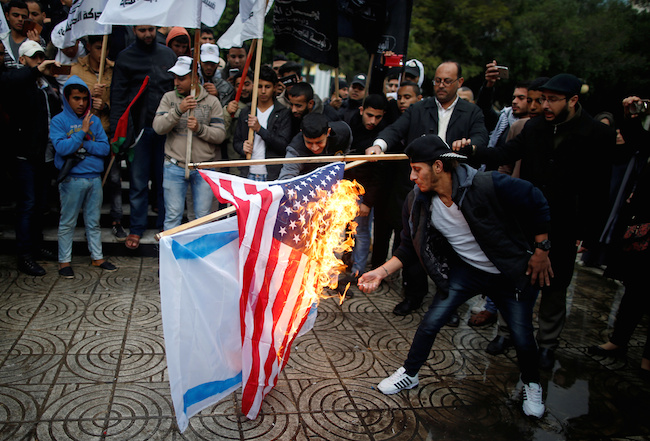 Palestinians burn an Israeli and a U.S. flag during a protest against the U.S. intention to move its embassy to Jerusalem and to recognize the city of Jerusalem as the capital of Israel, in Gaza City December 6, 2017. REUTERS/Mohammed Salem