Donald Trump slurred a few words during his Jerusalem announcement Wednesday afternoon, which of course prompted CNN to spend a portion of Thursday debating whether or not POTUS wears a secret set of dentures.

In the speech, Trump stumbled over the pronunciation of a couple words. The chattering class moved to instant speculation of what could be causing the difficulty.

There were a lot of questions on that. Frankly pretty ridiculous questions. The president’s throat was dry nothing more than that. He does have a physical scheduled for next year. The full physical that the president will go through and take place at Walter Reed and released by the doctor following that taking place.

Directly after the comments, CNN reporter Gloria Borger was asked by Wolf Blitzer about Trump “stumbling” on his words. Borger said Trump was “slurring his words” before saying that people were wondering “was it his dentures?” 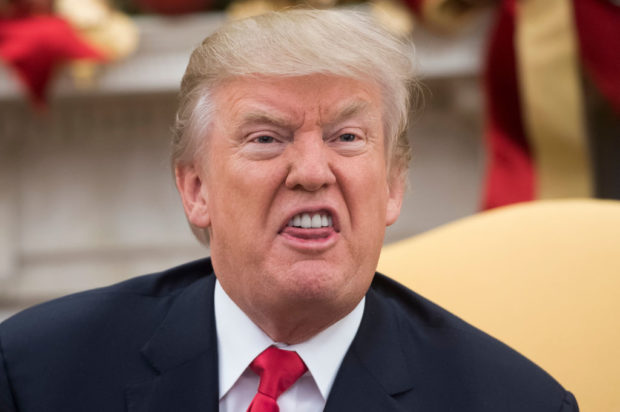 Blitzer chimed in, saying “We don’t know for sure if he has dentures.”

Borger responded, “We have no idea. We have not idea.”