Mayfield was given the award during a Saturday night presentation on ESPN. He won over Stanford running back Bryce Love and Louisville quarterback Lamar Jackson. 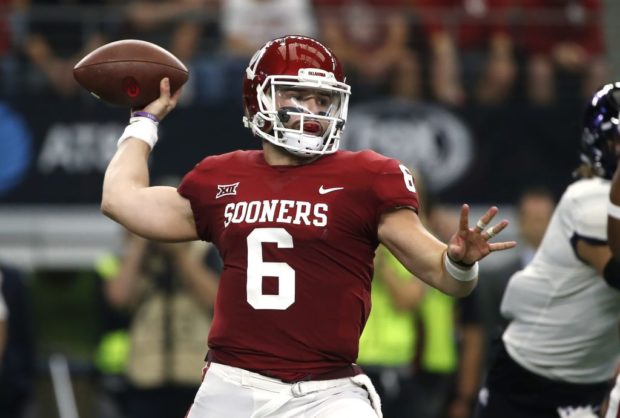 ARLINGTON, TX – DECEMBER 2: Baker Mayfield #6 of the Oklahoma Sooners throws against the TCU Horned Frogs in the first half during the Big 12 Championship at AT&T Stadium on December 2, 2017 in Arlington, Texas. (Photo by Ron Jenkins/Getty Images)

This isn’t a surprising decision at all. It’s been clear for several weeks that Mayfield was going to win the Heisman. He has had an absolutely unreal season for the Sooners. The electric dual-threat quarterback has become an absolute nightmare for opposing defenses.

I have no idea what Mayfield’s future holds. He might go on to be a successful NFL quarterback or he might flame out. He might beat Georgia (I think he will) or he might not. All I know for sure is that Mayfield had one of the greatest college quarterback careers we’ve ever seen.