As the head coach of the football team at the University of Alabama Nick Saban is the highest paid public employee in the United States, but does that mean he has to participate in politics?

In an article posted by the New York Daily News on Thursday, columnist Chuck Modiano called Nick Saban a “clueless, gutless, selfish coward for his silence on Roy Moore” leading up to the recent Senate election in Alabama. Then he broke it down word by word, stressing that his diction was “not hyperbole.”

Modiano began his argument by describing Saban as a “public servant” as if he was elected to a government institution, rather than hired for the specific objective of winning championships for a football team and nothing else. Despite that fact, Modiano believes that Saban’s job as the head coach of the Crimson Tide comes “with great public responsibility.”

Modiano would have Saban’s “shining career moment” come not in a national title (or say 5, if he’s able to get the job done in the upcoming playoff) but in the days leading up to the election between Doug Jones and Roy Moore when he should have campaigned against the controversial Republican candidate. 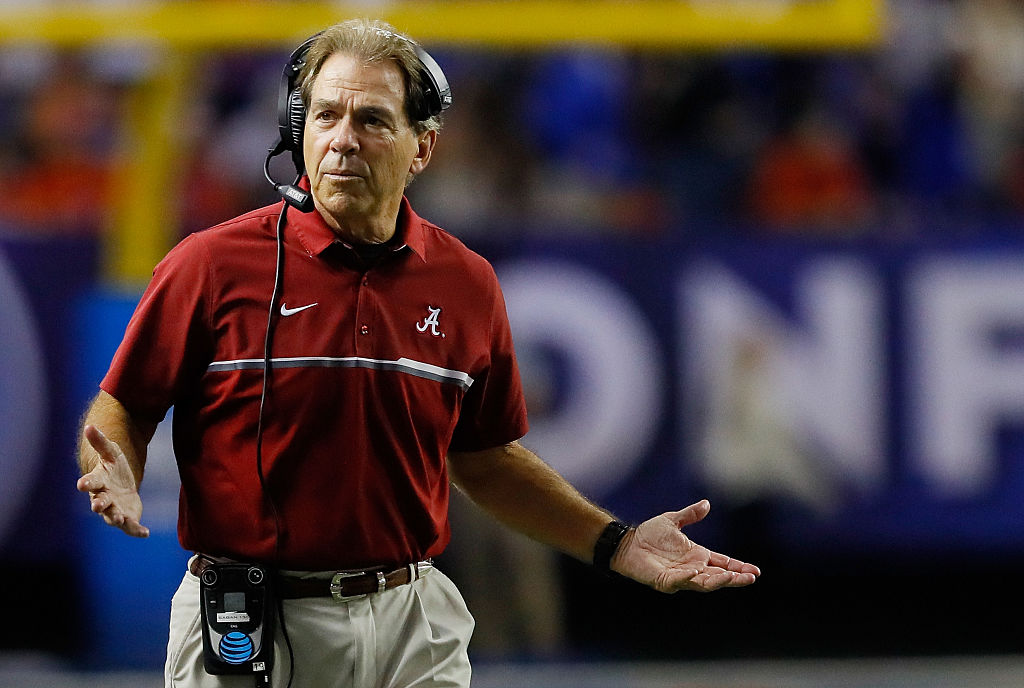 Last year, Saban was asked for his thoughts on the presidential election the day after it happened and his response came as a shock to many, but was likely admired by that public university that hired him to coach football. It’s this quote that Modiano uses to base his argument that Saban is a “clueless, gutless, selfish coward.”

“To be honest with you, I didn’t even know yesterday was Election Day. It was so important to me that I didn’t even know it was happening,” Saban said. “We’re focused on other things here,” he added. (RELATED: Did Nick Saban Derail The Alabama Senate Election)

This quote alone proves that Saban is “clueless,” according to Modiano, especially considering he’s “a taxpayer-funded influential leader of over 100 ‘student-athletes,'” who he should be encouraging to vote.

In that same post-election press conference Saban laid out exactly why he doesn’t get involved in or voice his opinions on politics.

“I don’t really make political comments,” Saban continued. “If I say I like one person, that means that everybody that voted for the other person doesn’t like me. So why would I do that?”

“Why,” Modiano asks. “Because in 2016 Donald Trump was a pathologically-lying, pu**y-grabbing, white-supremacy-spewing buffoon. And in 2017 Roy Moore is an accused child molester who yearns for the good ole tight-knit family days of slavery.”

So that’s what Modiano would like to hear out of Saban, huh? That probably wouldn’t go so well coming from a football coach of a state school, whose fans presumably fall on both sides of every argument, would it? No, that’s why Saban is “gutless” in Modiano’s eyes.

Then, still running off of Saban’s same post-election comments from more than a year ago, he presents his argument for why the Alabama icon is a “selfish coward.” (RELATED: Nick Saban’s Too Focused On Football to Talk About The Presidential Election)

Pretty suitable response from Saban if you ask me, but Modiano saw it differently.

“You have more mass influence than any other person in Alabama. You are America’s highest paid public servant. And your unearned wealth was created off the backs of black lives who abhor Roy Moore,” Modiano argues. “Tuesday was the biggest Alabama Championship Game of your entire life. And you never even took the field.” 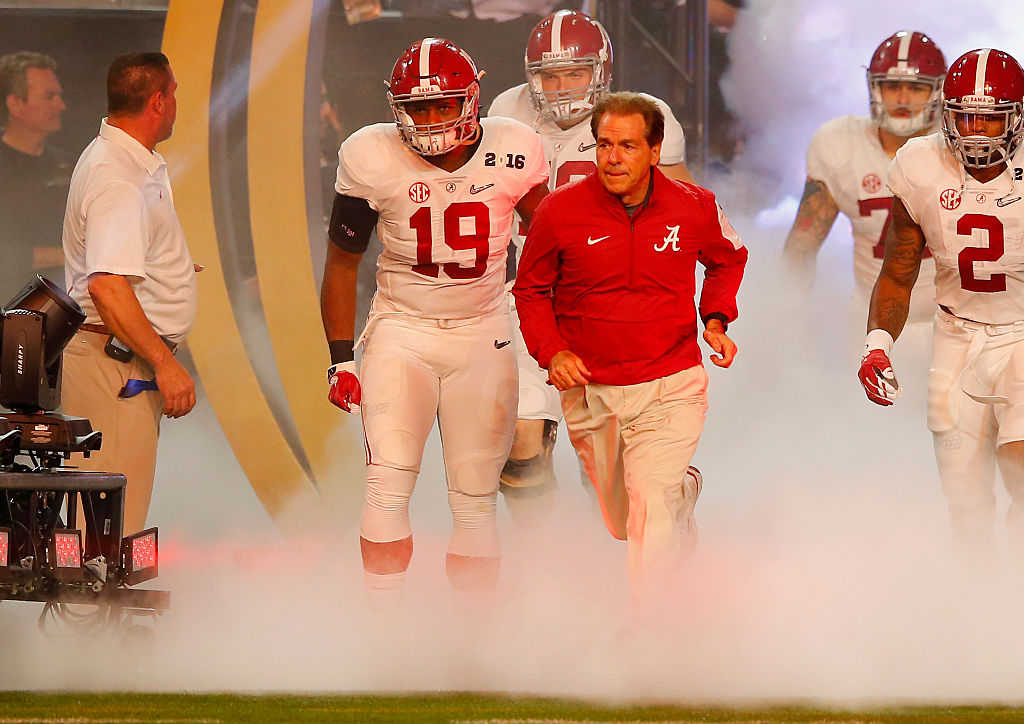 I don’t know where Modiano got the idea that a college football coach, no matter how much money he makes or how successful he is, should act as a career politician when election time comes around. On that note I doubt any politician cares about the quality of life of his players more than he does. For Modiano to accuse Saban of exploiting them for his own gain alone is offensive. Had he interviewed any Alabama fans, or Auburn fans for that matter, for his article I’m sure he would have discovered that they were satisfied if not delighted that Saban remains silent when it comes to politics.

Yes, football is a big deal in Alabama. Yes, Nick Saban is the highest paid public employee in the state of Alabama and the United States thanks to football. But where exactly in his contract does it say he’s supposed to project his political opinions on the people of the Alabama?

He’s is paid $11 million a year to coach football and nothing more. And he’s done a pretty damn good job if you ask me.