Remember when Al Franken promised to resign because he’s a creepy weirdo?

Well, turns out some of his Democratic colleagues in the Senate are saying he doesn’t need to do that anymore. Four to be exact. 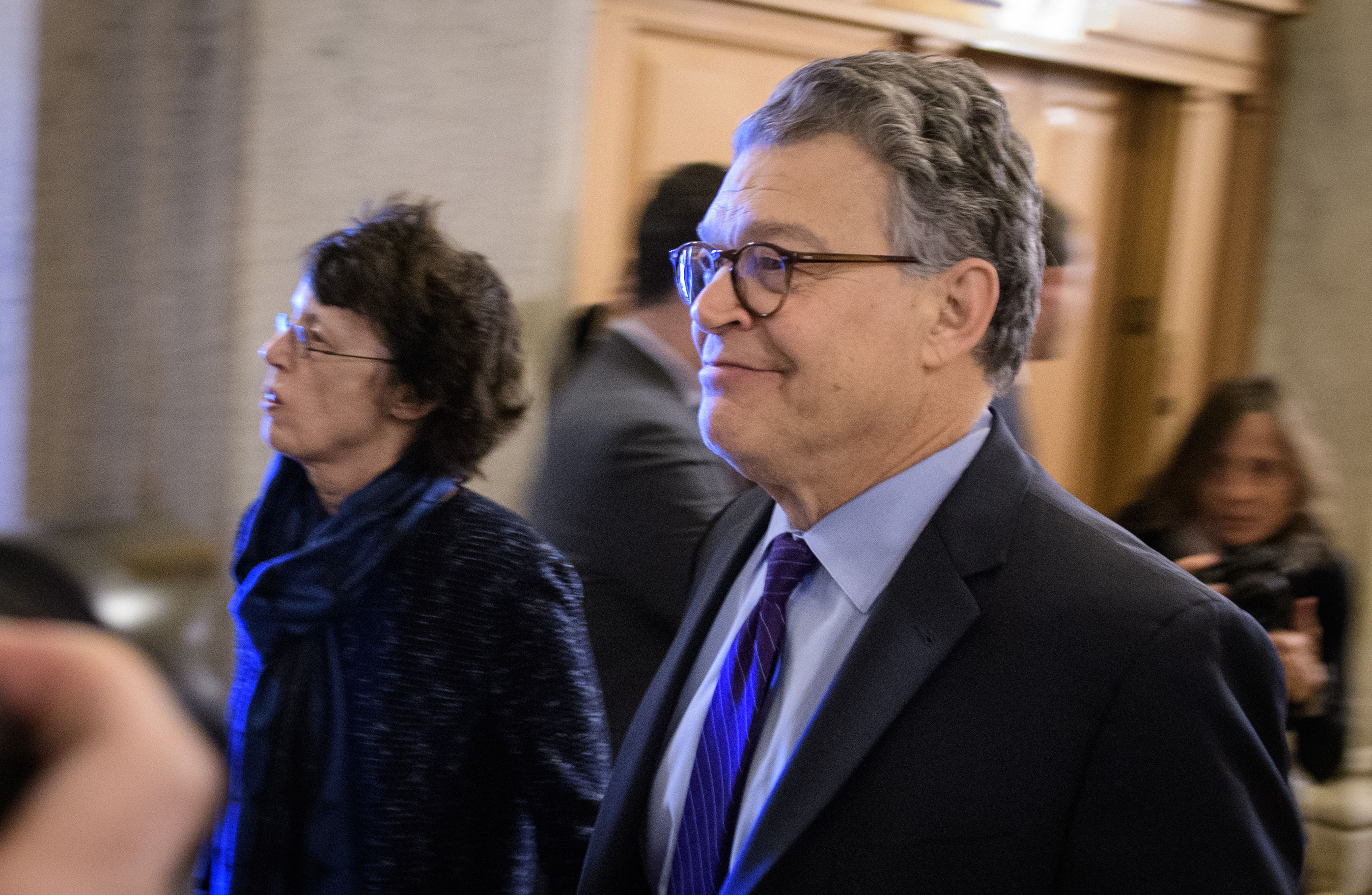 Senator Al Franken, D-MN, and his wife Franni Bryson (L) arrive at the US Capitol on December 7, 2017 in Washington, DC. Franken announced that he will be resigning in the coming weeks. Franken — a former comedian who made his name on the popular late-night comedy show ‘Saturday Night Live’ before turning to politics — has acknowledged misconduct with at least one accuser. The 66-year-old Minnesota lawmaker apologized last month and vowed to work to regain the trust of his colleagues and voters. / AFP PHOTO / MANDEL NGAN (Photo credit should read MANDEL NGAN/AFP/Getty Images)

Additionally, if you weren’t living under a rock for the past week, you’re probably aware of the epic trolling we pulled with the assistance of FCC chairman Ajit Pai.

Now, two of the biggest A-list nerds on the internet — Mark “Woke Groundrunner” Hamill and Ted Cruz — are trading lightsaber blows over our work on Twitter.

The reeeeeeee is strong with this one.