Ah, political discourse on the internet in an era of Trump.

With the imminent passage of the Republcan tax bill on the horizon Wednesday, resistor Rosie O’Donnell began to melt down. First, Rosie openly offered to bribe two GOP senators to not vote for the tax bill. She offered the senators $2,000,000 for their vote. It was sad. 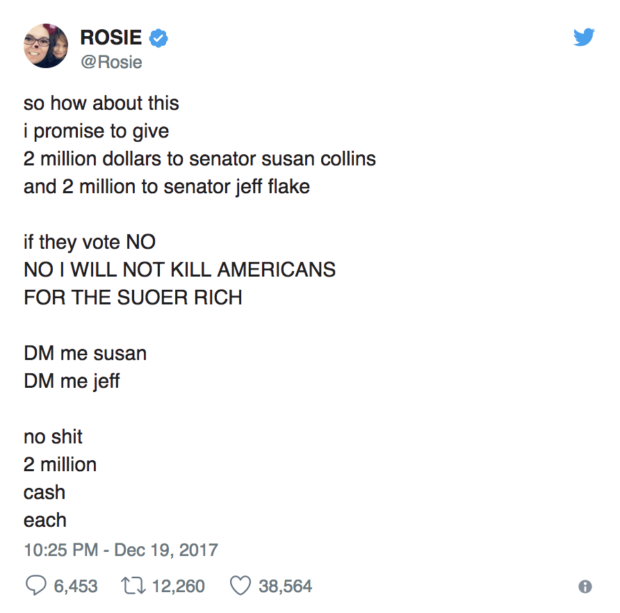 Conservative firebrand Ben Shapiro hopped on Twitter and said that if Trump’s Justice Department would investigate Rosie, he would be “carved into Rushmore by Friday.” 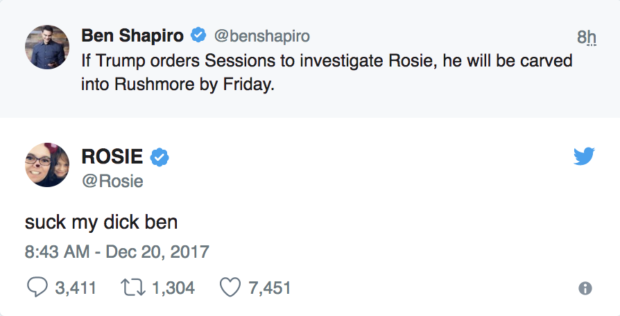 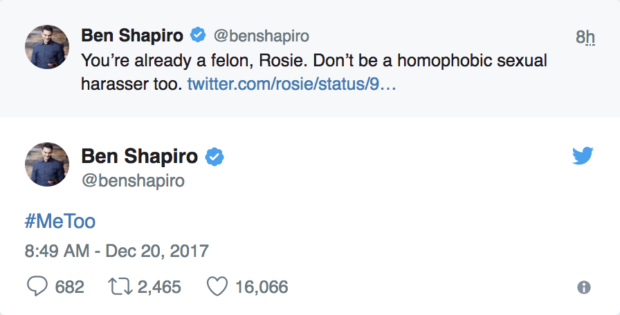