Tom Hanks said he would vote no to attending a screening of “The Post” at the White House if President Donald Trump asked for one.

“I don’t think I would. Because I think that at some point– look, I didn’t think things were going to be this way last November,” the 61-year-old actor shared with the Hollywood Reporter in a piece published Wednesday. (RELATED: Tom Hanks Said America Will ‘Be Fine’ If Trump Wins [VIDEO]) 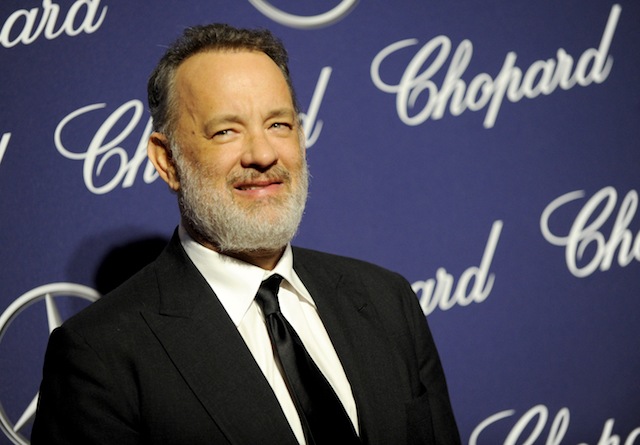 “I would not have been able to imagine that we would be living in a country where neo-Nazis are doing torchlight parades in Charlottesville [Va.] and jokes about Pocahontas are being made in front of the Navajo code talkers,” he added.  The last part was a jab at the president after he made a joke about “Pocahontas” Democrat Sen. Elizabeth Warren while honoring the World War II veterans last month.

“And individually we have to decide when we take to the ramparts,” he continued. “You don’t take to the ramparts necessarily right away, but you do have to start weighing things. You may think: ‘You know what? I think now is the time.’ This is the moment where, in some ways, our personal choices are going to have to reflect our opinions. We have to start voting, actually, before the election. So, I would probably vote not to go.”

The description of “The Post” on IMDb read, “A cover-up that spanned four U.S. Presidents pushed the country’s first female newspaper publisher and a hard-driving editor to join an unprecedented battle between journalist and government.”

1
Ilhan Omar Calls For The 'Dismantling' Of US Economy, Political System
Politics
2
'Well That Was Quite The Mic Drop': Harris Faulkner Reacts After Kayleigh McEnany Scolds Reporters
Media
3
JONES: I Am Black And I Am A Democrat. But 'I Ain't' Voting For Joe Biden This November
Opinion
4
Police Fatally Shot A Man In A Parked Car After They Say He Raised A Gun To Officers
US
5
This Name Is A Strong Contender To Replace The Washington Redskins. Will Fans Like It?
Editorial