“In an interview with the BBC [in the wake of allegations against Harvey Weinstein, which Weinstein denies], Woody Allen said he felt sad for Weinstein and warned of a ‘witch-hunt atmosphere…where every guy in an office who winks at a woman is suddenly having to call a lawyer to defend himself,'” the 37-year-old actress wrote Thursday. (RELATED: Hollywood Mogul Allegedly Masturbated In Front Of Olivia Munn) 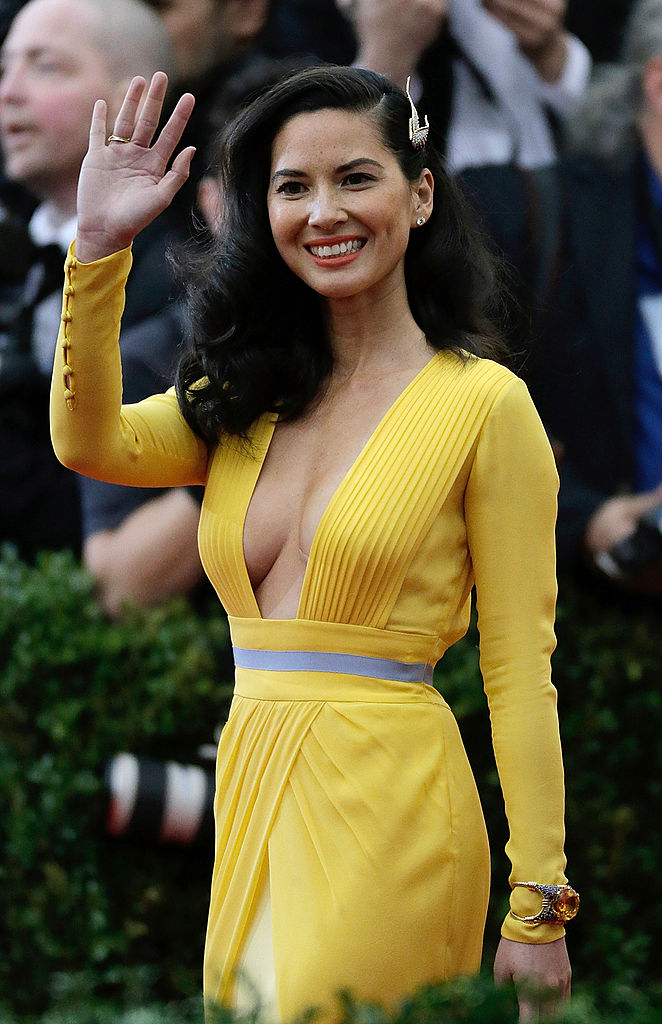 NEW YORK, NY – MAY 05: Olivia Munn attends the “Charles James: Beyond Fashion” Costume Institute Gala at the Metropolitan Museum of Art on May 5, 2014 in New York City. (Photo by John Lamparski/Getty Images)

“However, the possibility of an overcorrection is much less worrisome than all of the injustices that led us to this moment,” she added. “Woody [Allen’s] gut instinct to fear what this might become would be better suited to a gut instinct to hold back an urge that could be wrong.”

“In our world today– and it’s not just Hollywood, it’s the same for girls and women all over the world who have survived sexual abuse and/or harassment– abusers don’t usually get in trouble unless the victim is broken first, because the violating act alone is not damaging enough to spark society’s outrage,” she continued. “It’s a marathon towards self–destruction in order to gain credibility and a vicious circle of victim-blaming.”

The system that lets men like [Brett] Ratner and Allen back in, is the same system that creates disparity,” Munn wrote. “It’s tilted to roll back into their favor while the rest of us are saddled with a Sisyphean task. This is not a ‘women’s’ issue, this is an abuse-of-power issue…and until we eradicate the diseased roots of our infrastructure and make foundational, systemic changes, nothing will change.”

In November, Munn was one of six ladies who accused Ratner of sexual harassment and misconduct following the flood of allegations by numerous woman against Harvey Weinstein and James Toback.

Munn told the Los Angeles Times that early in her career, the film producer masturbated in front of her in his trailer when she delivered him a meal. She wrote about the incident in 2010, but never named Ratner. The producer a year later brought up the comment during a talk show appearance and bragged that he “banged” her, but later said that wasn’t true.