A member of a radical feminist group attempted to steal a statue of the baby Jesus from the Vatican’s nativity scene on Christmas day but was intercepted by police as she grabbed it.

A Reuters photographer happened to witness the incident as the topless woman, shouting “God is woman,” climbed over a guard rail and scrambled up to the scene in a brazen attempt to take the statue of Jesus from its crib.

The photographer, Alessandro Bianchi, snapped a picture showing a Vatican gendarme closing in on the woman, who also had the slogan scrawled across her bare back. 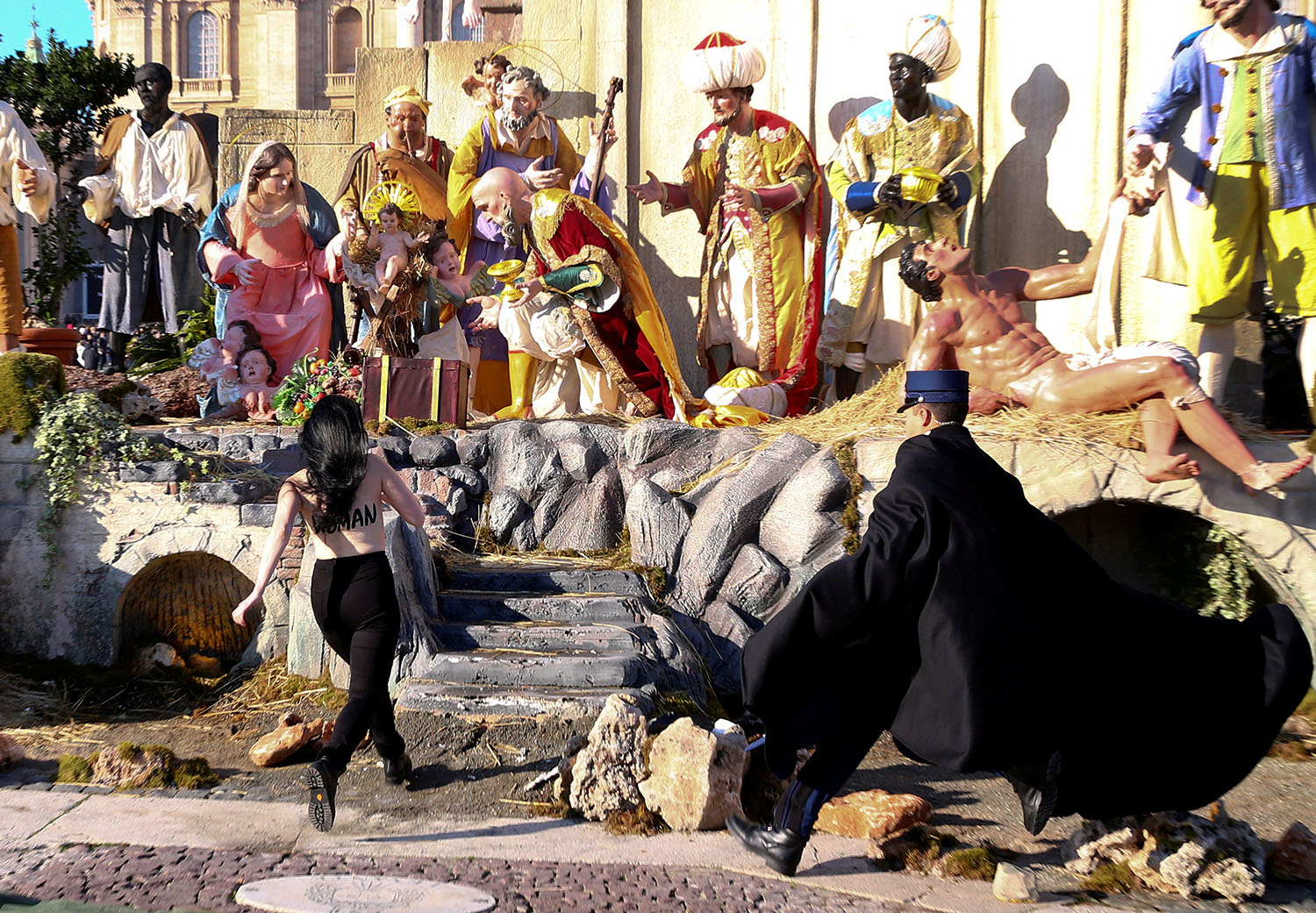 A Vatican gendarme attempts to block a topless activist of women’s rights group Femen, who tries to reach the Nativity scene in Saint Peter’s square in the Vatican December 25, 2017. REUTERS/Alessandro Bianchi

On its website, the Ukranian-French radical feminist group FEMEN identified the would-be thief as Alisa Vinogradova and described her as a “sextremist.” The group says its goal is “complete victory over patriarchy.”

In a statement released Monday, FEMEN said Vinogradova’s stunt was a protest against the Vatican’s stance on abortion and contraception.

“The FEMEN act was directed against the Vatican’s infringement of the rights of women to their own bodies,” the group stated. “In particular, against the policy of the ‘Holy See’ associated with the promotion of the ban on abortion and ‘sacred condemnation’ of contraception.”

FEMEN staged a similar protest in 2014, when a member successfully snatched the statue of Jesus from its crib.