CNN on Friday finally “close[d] the loop” on its obsessive coverage of a white box truck that blocked the network’s view of President Trump golfing earlier this week.

A reporter for the network confirmed that the truck had license plates that showed it belongs to the Palm Beach Sheriff’s Office. (RELATED: CNN Whines About Truck Blocking Trump Golf Course)

To close the loop on this, CNN confirms this is the same truck as used on Wed, based on license plates- as first reported by @MikeMagsCBS12 https://t.co/VxG7QqwgDA

Mike Magnoli, a reporter with CBS’s West Palm Beach affiliate, tracked down the truck. He reported that the vehicle belonged to the sheriff’s department but that it was not intended to block reporters’ views of Trump golfing at his Mar-a-Lago resort.

Have been intrigued by @CNN coverage of mysterious white truck. @PBCountySheriff says they never authorized it to block the news from seeing presidents golf time. #BreakingNews @CBS12 just Confirmed this is the truck

The finding settles a story that CNN has pursued since Wednesday, when the mystery truck pulled up in front of its live shot of Trump’s golf outing. 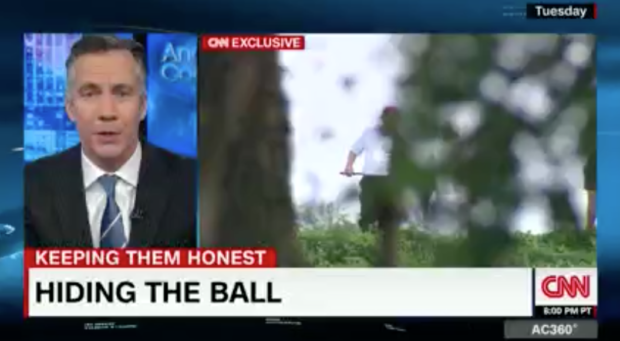 The story — if that’s what it can be called — was covered relentlessly by CNN. A review of TV Eyes, the TV broadcast search engine, shows that the network mentioned the truck 33 separate times between Wednesday and Friday. 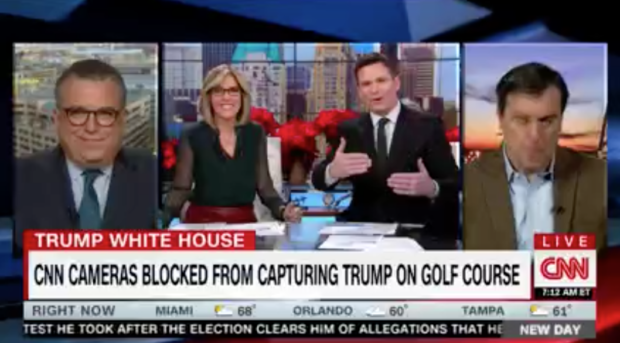 The network’s anchors and reporters took Trump to task because of his pre-presidency comments about Barack Obama’s golf obsession. CNN personalities have also criticized the White House for refusing to acknowledge that Trump frequently golfs. 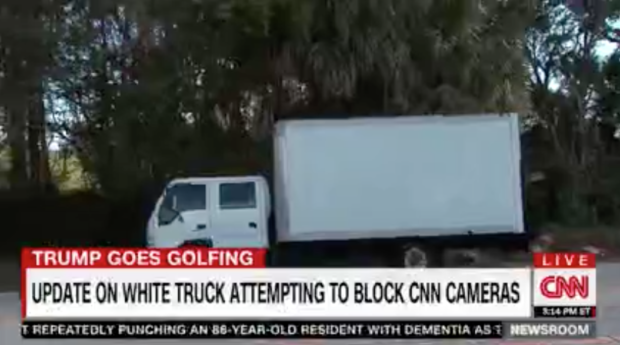 But CNN was widely mocked this week for its excessive coverage of Trump’s golf trips and the white truck. 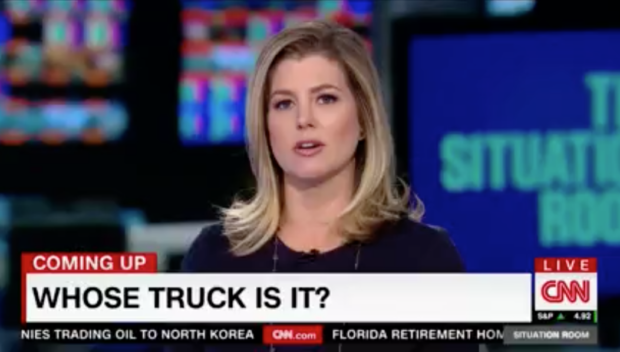