Many liberal men in the establishment media were accused of inappropriate behavior this year. The journalists facing accusations worked for some of the biggest names in the business.

Veteran news anchor Charlie Rose was accused by several women of sexual harassment in the workplace. Rose — who hosted programs on CBS, PBS TV and was a contributing correspondent for “60 Minutes”  –was accused of being a “sexual predator” in a Washington Post report from November. Rose would allegedly appear naked in front of female coworkers, grope them and make sexual advances. 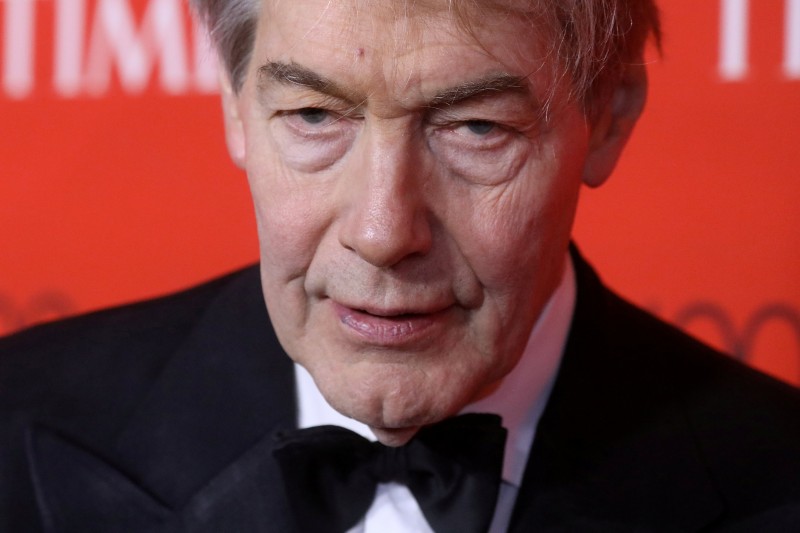 Rose responded to the allegations by saying, in part, “It is essential that these women know I hear them and that I deeply apologize for my inappropriate behavior. I am greatly embarrassed. I have behaved insensitively at times, and I accept responsibility for that, though I do not believe that all of these allegations are accurate. I always felt that I was pursuing shared feelings, even though I now realize I was mistaken.” (RELATED: 8 Women Accuse Charlie Rose Of Sexual Harassment)

After the allegations became public, Rose was fired from CBS and PBS.

NBC News journalist and author Mark Halperin was accused by multiple women of workplace harassment while he worked at ABC from the 1990s to mid-2000s. After the allegations were made public, he was fired from the network.

One woman alleged, “The first meeting I ever had with [Halperin] was in his office and he just came up from behind — I was sitting in a chair from across his desk — and he came up behind me and [while he was clothed] he pressed his body on mine, his penis, on my shoulder.”

She added, “I was obviously completely shocked. I can’t even remember how I got out of there — [but] I got out of there and was freaked out by that whole experience. Given I was so young and new I wasn’t sure if that was the sort of thing that was expected of you if you wanted something from a male figure in news.” (RELATED: NBC’s Mark Halperin OUT After Multiple Sexual Harassment Allegations)

Allegations against Halperin came after he previously attacked President Trump over the “Access Hollywood” tape, tweeting, “When people say some new Trump tape could have material that is WORSE than the @accesshollywood video, what exactly could be WORSE?!?”

Another veteran news host, Matt Lauer, was accused of sexual misconduct and sexual assault and fired from NBC News as a result. One woman alleged that she had sex with Lauer in his office and passed out during intercourse, while another woman said that Lauer gifted her a sex toy and left a note saying he wanted to use it on her.

NBC News’ Andrew Lack said NBC received “a detailed complaint from a colleague about inappropriate sexual behavior in the workplace by Matt Lauer. While it is the first complaint about his behavior in the over 20 years he’s been at NBC News, we were also presented with reason to believe this may not have been an isolated incident.” (RELATED: Two More Women Accuse Matt Lauer Of Inappropriate Conduct)

Teddy Davis, a senior producer on CNN’s “State of the Union” hosted by Jake Tapper, was fired after being accused of inappropriate behavior.

Tapper said, “When CNN executives were told about these complaints, they reacted swiftly and appropriately, as they should. Workplaces need to be safe and I am fully supportive of CNN’s action.” (RELATED: Producer For CNN’s Jake Tapper Fired After Misconduct Complaints)

“Nor was he ever accused of any physical contact, language of a sexual nature or any sort of lewd conduct.  While we are not going to get into details, out of respect for all those involved, this was something entirely different than what is being reported by some media outlets,” he added.

Leon Wieseltier, a longtime editor at The New Republic, was accused of harassment and making inappropriate sexual innuendos in the workplace. Among other accusations, he is accused of leaving a note to a female colleague “thanking her” for wearing a miniskirt, according to The New York Times.

He apologized, saying, “For my offenses against some of my colleagues in the past I offer a shaken apology and ask for their forgiveness. The women with whom I worked are smart and good people. I am ashamed to know that I made any of them feel demeaned and disrespected. I assure them I will not waste this reckoning.”

Wieseltier was planning to launch a new magazine, but after the allegations surfaced its publication was suspended.

Ryan Lizza was let go from his position as a New Yorker writer after being accused of “improper sexual conduct.”

Lizza responded by rejecting the claims. He said, “I am dismayed that The New Yorker has decided to characterize a respectful relationship with a woman I dated as somehow inappropriate. The New Yorker was unable to cite any company policy that was violated. I am sorry to my friends, workplace colleagues, and loved ones for any embarrassment this episode may cause. I love The New Yorker, my home for the last decade, and I have the highest regard for the people who work there. But this decision, which was made hastily and without a full investigation of the relevant facts, was a terrible mistake.” (RELATED: New Yorker Fires Ryan Lizza For ‘Improper Sexual Conduct’)

Lizza, also a CNN contributor and Georgetown University lecturer, has been taken off the air on CNN and will not be teaching at Georgetown during the upcoming semester.

It was confirmed in an exclusive report by The Daily Caller that NBC paid a settlement to a woman who accused MSNBC host Chris Matthews of sexual harassment. (RELATED: NBC Made Payment To Staffer After Sexual Harassment Claim Against Chris Matthews)

Matthews paid $40,000 to a former female producer of “Hardball with Chris Matthews” in 1999. He allegedly made inappropriate comments and jokes, and he was given a “formal reprimand.”

Matthews has yet to face any consequences over this settlement becoming public.

Detroit Free Press editor and columnist Stephen Henderson was terminated in December after the paper’s investigation, prompted by an allegation that Henderson committed sexual harassment, found that Henderson had allegedly engaged in inappropriate behavior.”

Gannet, the company that owns the Free Press, released a statement reading, “Effective today, Stephen Henderson will no longer be employed by the Detroit Free Press. The decision was made after an internal investigation was conducted which uncovered credible allegations that Mr. Henderson’s behavior has been inconsistent with company values and standards.”

Henderson had previously won a Pulitzer Prize in 2014.

Note: This post has been updated to include a previous statement from Teddy Davis’ attorney.