“Star Wars: The Last Jedi” hit the $1 billion mark at the global box office on Sunday, according to The Daily Beast.

The eighth installment of the “Star Wars” franchise became the highest grossing film in the U.S. for 2017 over the New Year’s weekend, beating out “Beauty and the Beast.” (RELATED: ‘Star Wars: The Last Jedi’ Expected To Haul In Insane Money From Thursday Showings) 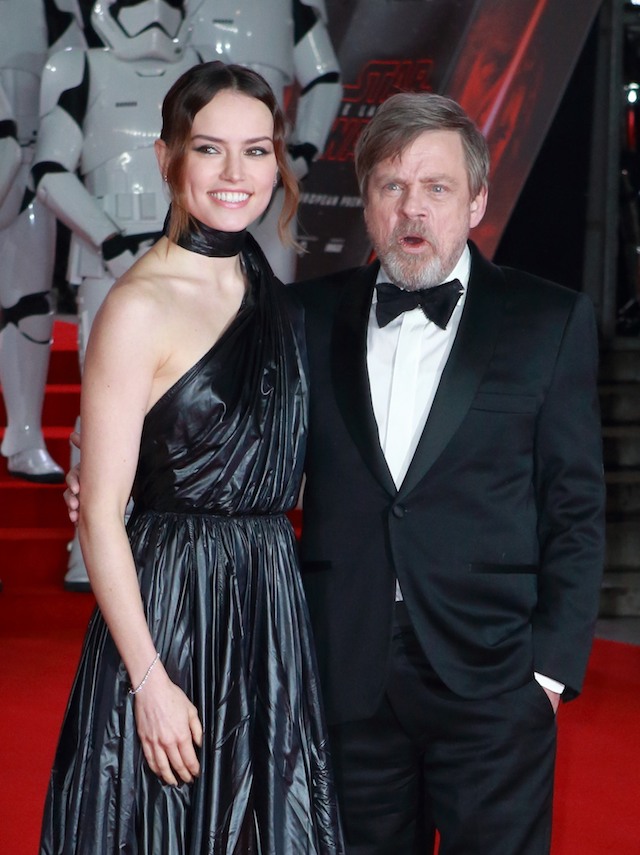 Celebrities arrive on the red carpet to attend the premiere of ‘Star Wars: The Last Jedi’, held at the Royal Albert Hall in London, England. (Picture by: Flynet – Splash News)

The space saga, featuring stars like the late Carrie Fisher, Mark Hamill and Daisy Ridley, earned $52.4 million at the domestic box office over weekend and another $120.4 million globally.

Over the last three weeks, the Disney-Lucas film earned $517.1 million in ticket sales with another $523.3 million internationally. This makes the movie the eighth-highest grossing domestic film of all time. (RELATED: ‘Star Wars: The Last Jedi’ Trails ‘The Force Awakens’ By More Than $120 Million)

The latest installment also topped the box office for the third weekend in a row, despite still falling behind “Star Wars: The Force Awakens” in sales.

According to another report, “The Last Jedi” has already become the highest grossing film this year in Denmark and Sweden, and the fourth highest earning film in European markets in 2017.