Dave Chappelle doesn’t back down from anything in his standup sets, so it should come as no surprise that the comedian tackles sexual misconduct in his newest Netflix special.

Netflix released Chapelle’s third special on New Year’s Eve, and he rips on everyone from Hillary Clinton to Donald Trump. Chappelle and addresses the wave of sexual misconduct allegations that have swept across Hollywood. Despite the obvious uproar it would cause, he couldn’t resist cracking a few jokes about the allegations against fellow comedian Louis C.K.

“I shouldn’t say this, but f**k it, [C.K’s] allegations were the only one that made me laugh,” he said in the special filmed at The Comedy Store in Los Angeles. “It’s terrible, I know it’s terrible. I’m sorry, ladies… At the same time, you know what I mean, Jesus Christ, I don’t know, they took everything from Louis, it might be disproportionate, I can’t tell, I can’t tell, this is like where it’s hard to be a man.”

Abby Schachner was one of the women who raied allegations against Louis C.K., claiming he once masturbated while she was on the phone with him.

“One lady said, ‘Louis C.K. masturbated in front of me, ruined my comedy dreams,’” Chappelle began. “Word? Well then I daresay, madam, you may have never had a dream. Come on, man, that’s a brittle spirit. That is a brittle-ass spirit, that is too much, this grown-ass woman.”

Chappelle then joked that it that’s all it took for Schachner to give up on comedy, she wasn’t made for the industry. 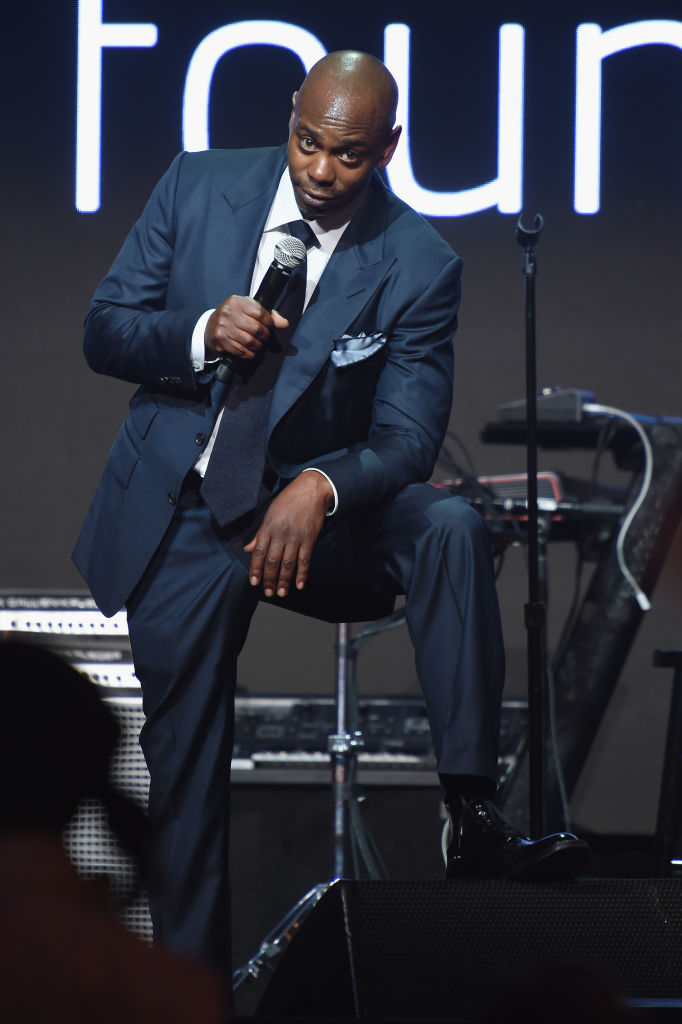 If you’re a Chappelle fan you might want to go ahead and watch this one. Don’t be surprised if Netflix takes it down when the backlash begins.