CNN anchor Anderson Cooper is “surprised” that his network broadcasted a segment from a marijuana party bus on New Year’s Eve.

CNN reporter Randi Kaye rode on a party bus on its way to a “Puff, Pass, and Paint” party in Denver, Colorado. While on the bus, Kaye showed off a gas mask bong and excitedly shared that the passengers on the bus had nicknamed her “Kush Kaye.”

In a Tuesday night interview with Stephen Colbert, Cooper said he was “surprised” by the broadcast but defended his colleague.

“First of all, it’s legal in Colorado… and she did not smoke, obviously,” Cooper explained. “It was just in the environment… they ended up at a paint party.”

“The whole thing surprised me as much as everybody else, I gotta tell you,” Cooper said.

We’ll give him this: his face during the New Year’s Eve pot broadcast was priceless. 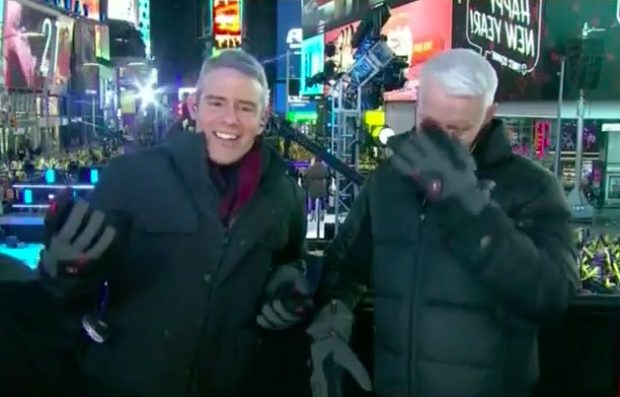