Seth Meyers admitted that Hollywood has its own “internal politics” to talk about right now, but he still won’t be shying away from Donald Trump at the upcoming Golden Globes.

Meyers is set to host Sunday’s awards and teased what he plans on doing during his opening monologue in an interview published by People Magazine on Tuesday. While politics has become an increasingly hot topic in Hollywood since Trump took office, Meyers said he plans to talk mostly about the sexual misconduct issue plaguing their industry. (RELATED: Prepare Yourselves For Another Golden Globes Speech Aimed At Trump) 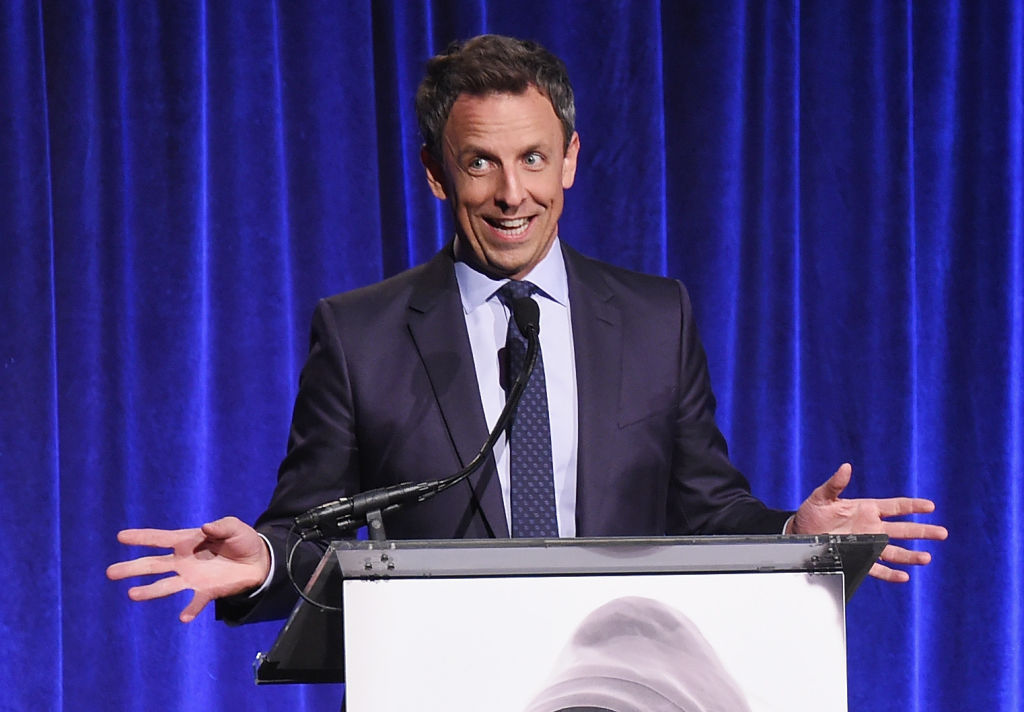 “With the monologue, as far as talking about anything in the news right now, it seems like this year more than ever Hollywood has its own internal politics that obviously deserve to be talked about,” Meyers said. “Going into it our focus is far more on the worlds that make these films and less on anything that’s happening in Washington.”

When last year’s Golden Globes rolled around Trump was on his way into the Oval Office and the Hollywood elites couldn’t resist the opportunity to bash him. Meryl Streep even dedicated her entire acceptance speech for the Golden Globe Cecil B. DeMille award to criticizing the then president-elect. This year you can probably expect more of the same, according to Meyers. (RELATED: All The Times Meryl Streep Was Overrated In Trump’s Eyes)

“He holds the keys to us not talking about him, which would be to just behave differently,” he said. “But while he continues on this path, we’ll continue on ours.”

1
'Closer To Animals': Nick Cannon Goes On Racist, Anti-Semitic Rant, Says 'White People' And Jewish People Are 'The True Savages'
US
2
NBA Won't Sell Customized 'FreeHongKong' Jerseys, But Will Create 'F**kPolice' Ones
Editorial
3
'America Better Wake Up And Get Angry About This': Dan Patrick Rips Democrats, Anti-Police Rhetoric And BLM Movement
US
4
'You Took My Son. Go To Hell': Family Of Murdered One-Year-Old Baby Speaks Out Against Killers
US
5
LA Teachers Union Demands Defunding Of Police, Medicare-For-All And Ban On New Charter Schools As Conditions For Reopening Schools
Education