An excerpt from a tell-all book that highlights some stunning moments from the beginning of the Trump presidency was released Wednesday, and we’re lovin’ it.

The book,  Fire and Fury: Inside the Trump White House, is written by Michael Wolff and features some stunningly candid moments inside the early day formations of the Trump White House. One of the McNuggets featured within it’s pages describes why President Trump enjoys fast food, McDonald’s in particular. Trump ate fast food regularly on the campaign Trail and when he secured the GOP nomination, he tweeted this photo: 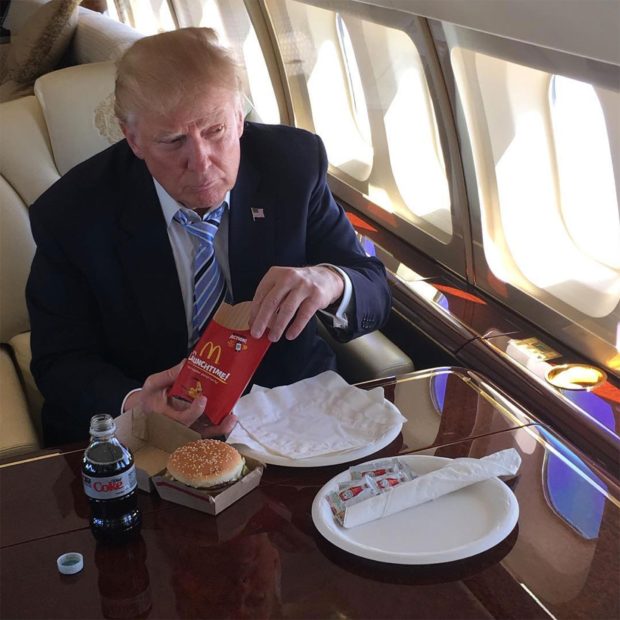 The book claims that Trump has been a McDonald’s fan because the food is pre-prepared, and Trump has long been worried about being poisoned. Pre-prepared meals would be more difficult to poison and that’s why Donald Trump eats McDonald’s. The book also alleges that Trump regularly has burgers in his room while watching cable news.

According an excerpt published Wednesday:

Trump, in fact, found the White House to be vexing and even a little scary. He retreated to his own bedroom — the first time since the Kennedy White House that a presidential couple had maintained separate rooms. In the first days, he ordered two television screens in addition to the one already there, and a lock on the door, precipitating a brief standoff with the Secret Service, who insisted they have access to the room. He ­reprimanded the housekeeping staff for picking up his shirt from the floor: “If my shirt is on the floor, it’s because I want it on the floor.” Then he imposed a set of new rules: Nobody touch anything, especially not his toothbrush. (He had a longtime fear of being poisoned, one reason why he liked to eat at McDonald’s — nobody knew he was coming and the food was safely premade.) Also, he would let housekeeping know when he wanted his sheets done, and he would strip his own bed.

If he was not having his 6:30 dinner with Steve Bannon, then, more to his liking, he was in bed by that time with a cheeseburger, watching his three screens and making phone calls — the phone was his true contact point with the world — to a small group of friends, who charted his rising and falling levels of agitation through the evening and then compared notes with one another.

Trump also tweeted the following photo of himself eating KFC on the campaign trail, so he spreads the love around. 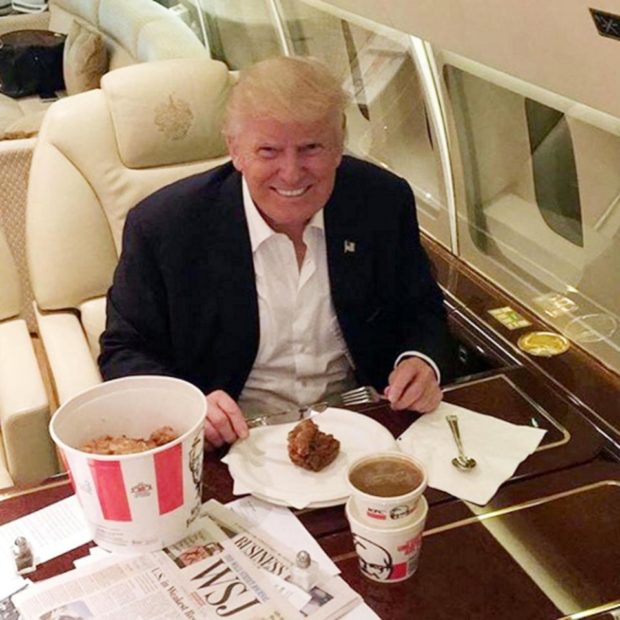