Israel’s parliament took a major step forward this week in making it easier to send terrorists to meet their virgins.

The bill, on which the Knesset preliminarily voted ‘yay’ Wednesday, would make it easier for an Israeli military court to sentence a terrorist to death. The legislation would allow the death sentence to be handed down by a simple majority of judges on the military court, as opposed to the unanimous ruling now required.

Prime Minister Benjamin Netanyahu supports the bill. Netanyahu argued in favor of the controversial law so that the death penalty can be used as “justice in extreme situations.” 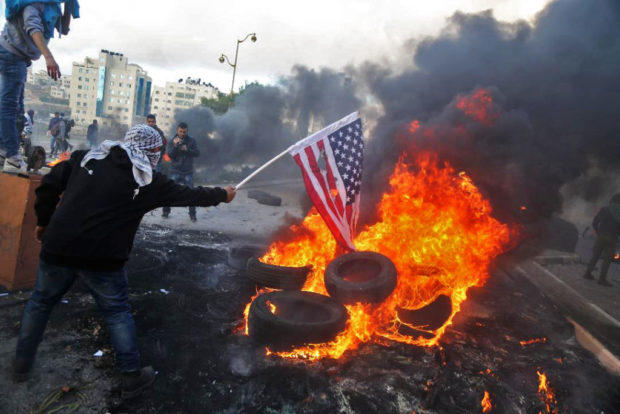 [Netanyahu] said that when he paid a condolence call to the family, Tova Salomon, who survived, described the assailant as “slaughtering and laughing.”

“I’ve seen some shocking things in my life, but I was shocked. There are extreme cases, where people commit terrible crimes and don’t deserve to live,” the prime minister argued. “We’re changing the law for these situations.”

Members who oppose the bill said that the death penalty will only encourage religious martyrs to attack innocent Israeli citizens.

According to the Israeli Ministry of Foreign Affairs, Israel has seen terror attacks — including stabbing, shooting and vehicular incidents — have increased by the hundreds since 2015.