Gallup released its annual list of the men and women who Americans admire most.

Sitting atop both lists were two liberal icons, Barack Obama and Hillary Clinton, respectively. Obama and Clinton have had long runs at the number one spot, but among the celebrities and politicians who made it on the list were notable Republicans.

Donald Trump was the number two most admired man. The president was joined by Republicans John McCain and Mike Pence on the list, along with Israeli Prime Minister Benjamin Netanyahu.

However, it was the list of most popular women in the world that raised some eyebrows.  Hillary Clinton and Michelle Obama were number one and number two on the list but three notable Republican women made it into the top 10. 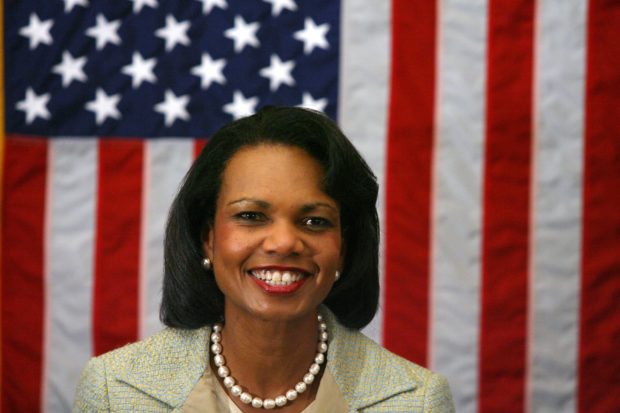 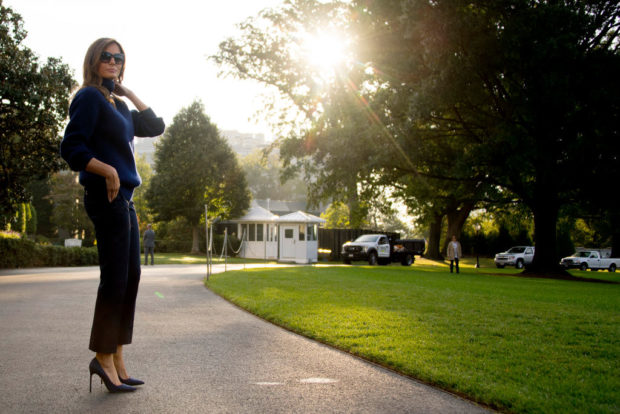 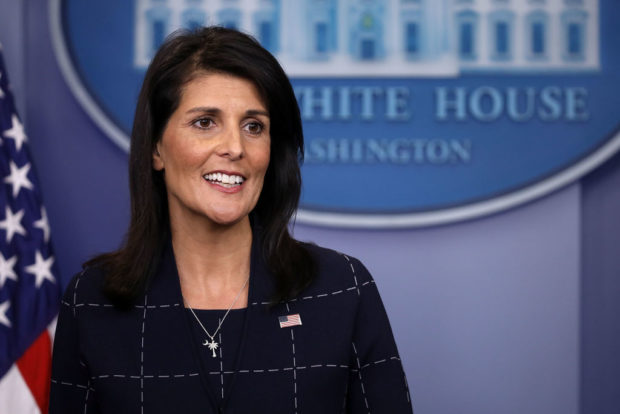 These three beat out Beyoncé and Kate Middleton.

Gallup goes on to note that while Obama and Hillary have had the top spots for years, their popularity has taken a big hit.

Clinton’s and Obama’s standings this year are more tenuous than in the past. The 9% who name Clinton is the lowest percentage she has received since 2002, when 7% named her in another close first-place finish. Clinton won the title this year in the same poll she registered a personal low favorable rating. This indicates she remains top of mind for enough people who like her to be named more than any other woman in response to the open-ended question, finishing ahead of some women who may be better liked overall but are not as prominent in people’s minds.

The percentage of adults naming Obama as the most admired man is down from 22% last year, but he has been at or near 17% in several other years. 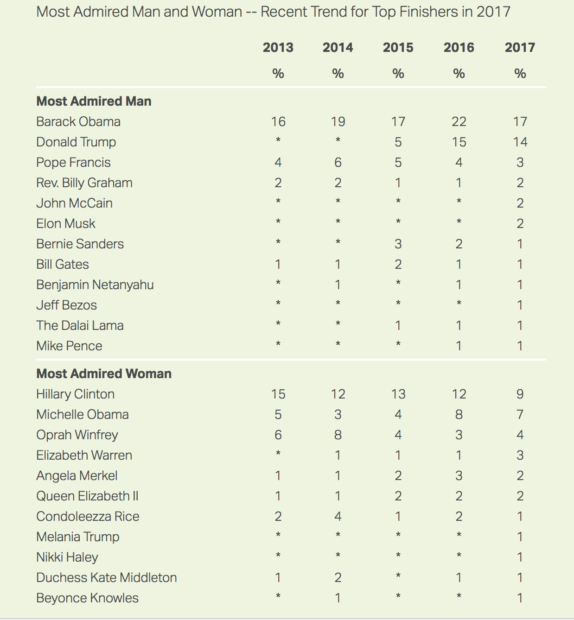