HELMAND PROVINCE, Afghanistan — While a debate crops up every so often among defense wonks in Washington, D.C., over the justification for the U.S. Marine Corps’ existence, there is no question that America as a whole loves Marines.

There are reasons for that. Nowhere are those reasons on display more than in Helmand Province in southern Afghanistan, where approximately 300 U.S. Marines have returned in response to the deteriorating security situation after the Taliban made significant territorial gains.

Here are seven photos that perfectly capture some of the other reasons America loves Marines.

They excel at forming bonds with fellow warriors. 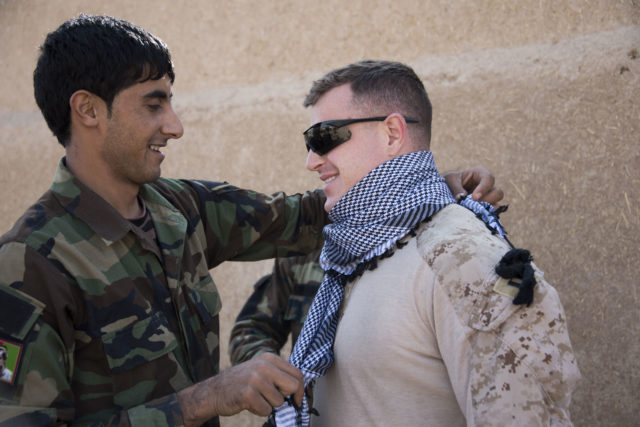 Capt. Richard Laszok receives a lesson on scarf-tying from a soldier in the Afghan National Army’s 6th Kandak, 1st Brigade. The scarf was a gift from Afghan Lt. Col. Mohibula (2nd Kandak, 4th Brigade Commander) who completed training at the Helmand Regional Training Center over the summer. (Hailey Sadler)

They honor the flag. 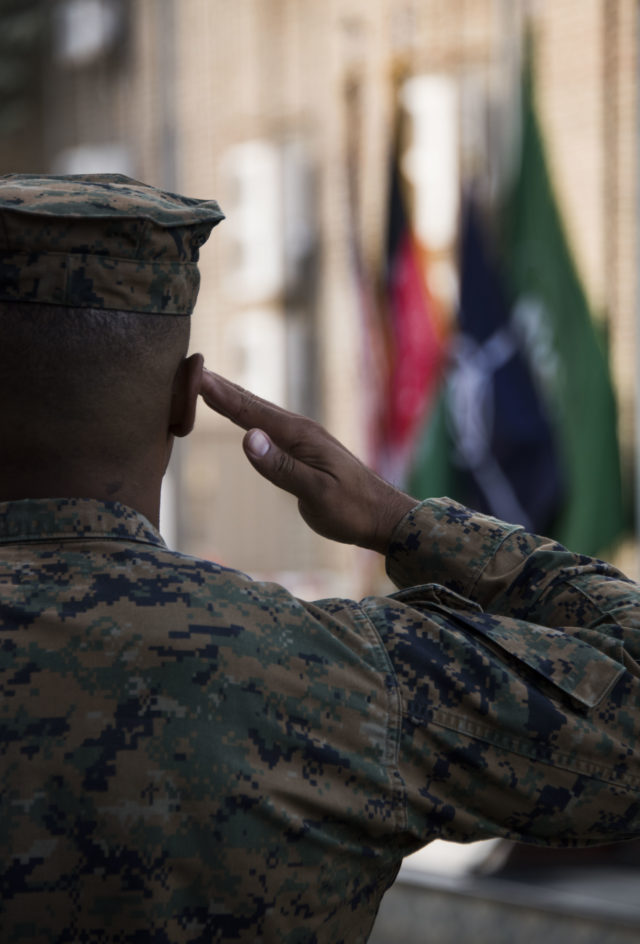 A Marine salutes while the national anthem is played during a ceremony commemorating the U.S. Marine Corps 242nd birthday at Resolute Support Headquarters in Kabul, Afghanistan. (Hailey Sadler)

They are the definition of badass. 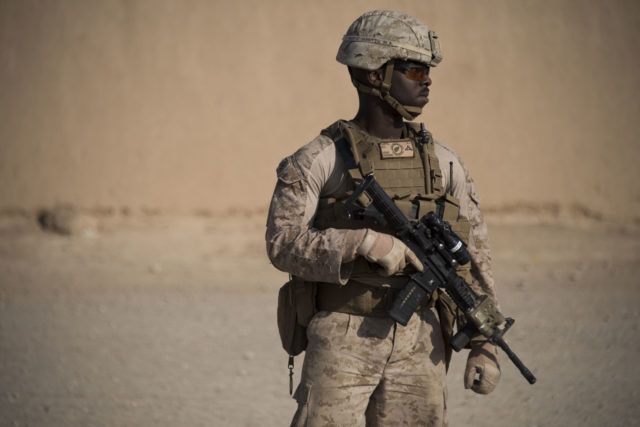 But they will still pause to pet a dog in the middle of patrolling check points. 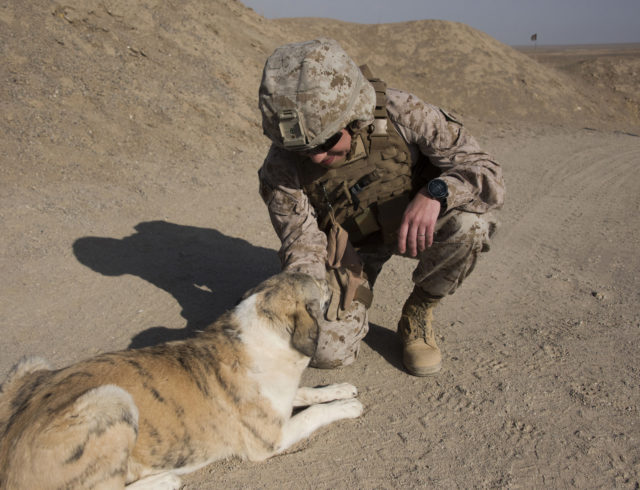 Maj. Kendra Motz kneels down to give an Afghan dog a final pet before heading back to Camp Shorab, where she serves as a Public Affairs Officer for Task Force Southwest. (Hailey Sadler)

They shoulder burdens — physical and mental — that most of us will never have to bear. 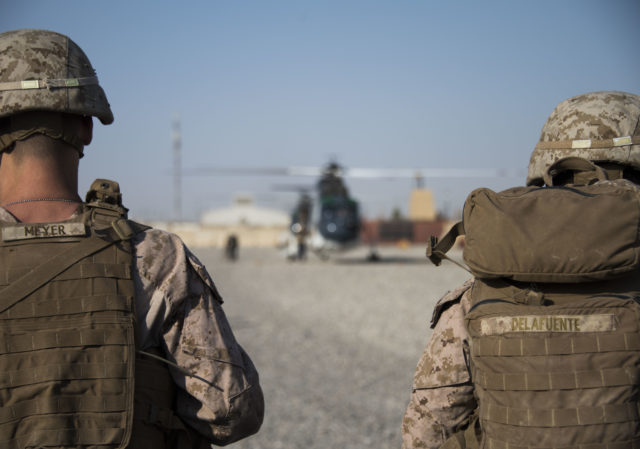 Marines wait to board their flight off of Camp Shorab, in Helmand Province. Marines in Iraq and Afghanistan routinely shoulder between approximately 60 and 120 pounds of gear, including body armor, equipment and weapons. (Hailey Sadler)

They do this willingly — simply because they are Marines. 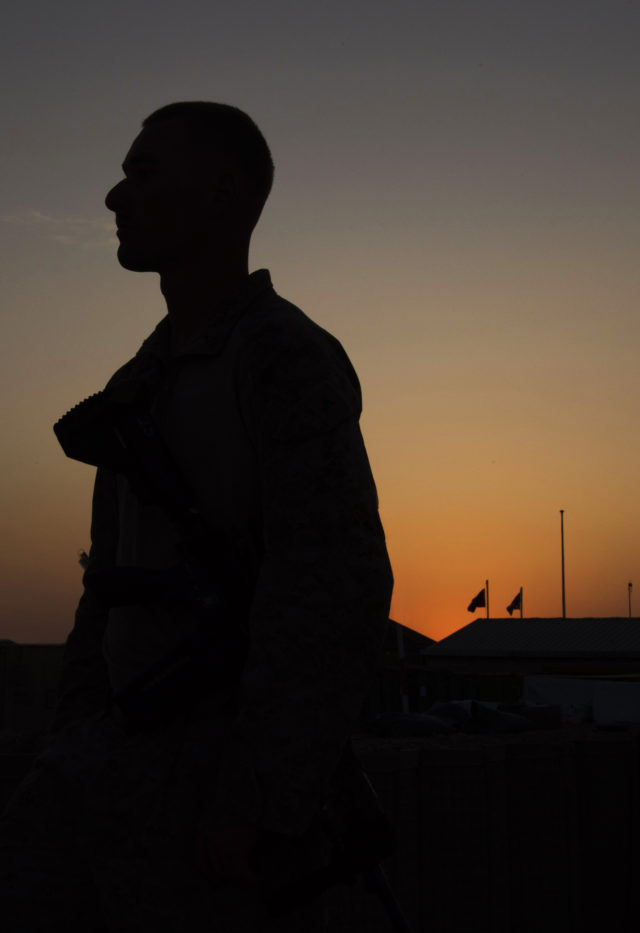 The sun sets over Camp Shorab. Roughly 300 Marines are currently stationed in Helmand Province in southern Afghanistan to train, advise and assist Afghan security forces as they battle the Taliban. (Hailey Sadler)

It’s what they do.

Hailey Sadler is a contributor to The Daily Caller News Foundation.