Natalie Portman took the stage with Ron Howard to present the award for best director at The Golden Globes on Sunday night and made a surprise jab at the Hollywood Foreign Press Association in front of the entire audience.

“We are honored to be here to present the award for best director,” Howard began.

“And here are the all-male nominees,” Portman added.

Natalie Portman didn’t mince words when it came to the all-male director lineup at the #GoldenGlobes: https://t.co/xgBneo2yuH pic.twitter.com/4f0uIBqtaM

Howard couldn’t help but laugh and nod in agreement before the broadcast showed the nominees as Portman read their names aloud. The looks on their faces were actually quite amusing. (RELATED: Oprah’s Golden Globes Speech Has Hollywood’s Eyes Set On 2020) 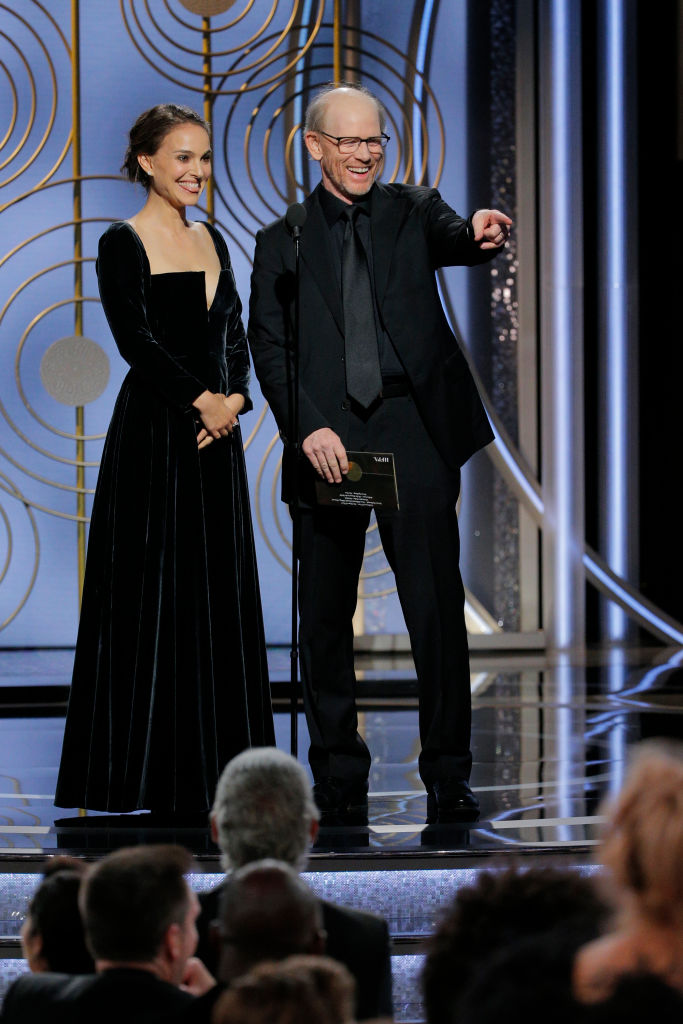 Portman’s jab was subtle, but on message with many other women who addressed the issue of equal pay and sexual misconduct throughout the evening. However, the message most people seem to be talking about the morning after the show is Oprah’s.

The award for best director followed Oprah’s captivating speech after winning the Cecil B. DeMille Award for lifetime achievement which has all of Hollywood hoping she’ll run for president. During the speech, Oprah addressed the importance of the free press, the issue of sexual misconduct and made a promise to women that a “new day is on the horizon.”