Monday was filled with speculation over Oprah potentially running for president in 2020.

The iconic talk show host is having her name put into the ring by pundits and sources close to her after delivering a spirited speech at the politically charged Golden Globes. While many have written off the speculation as pure unsubstantiated bluster, there are some who are definitely taking it seriously. 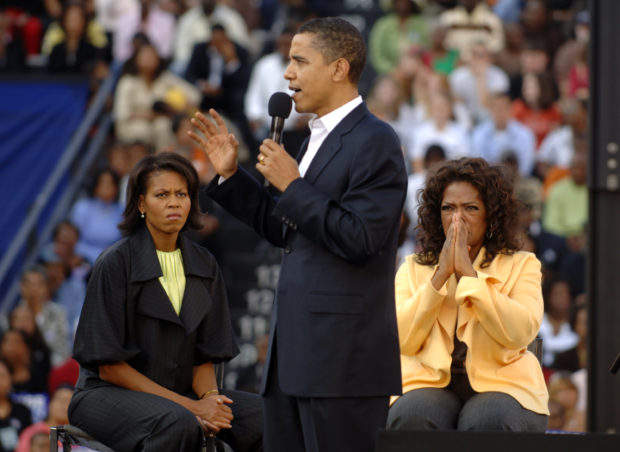 The site electionbettingodds.com, which aggregates the chances of someone winning the presidential election and is cited by political pollsters, states that Oprah now has the best chance of the entire Democratic field of taking on Trump and winning. Oprah beats out Bernie Sanders, Kamala Harris and Elizabeth Warren at the top of the Democratic field with a 6.9% odds-on chance of becoming president as of 5 PM on Monday afternoon. 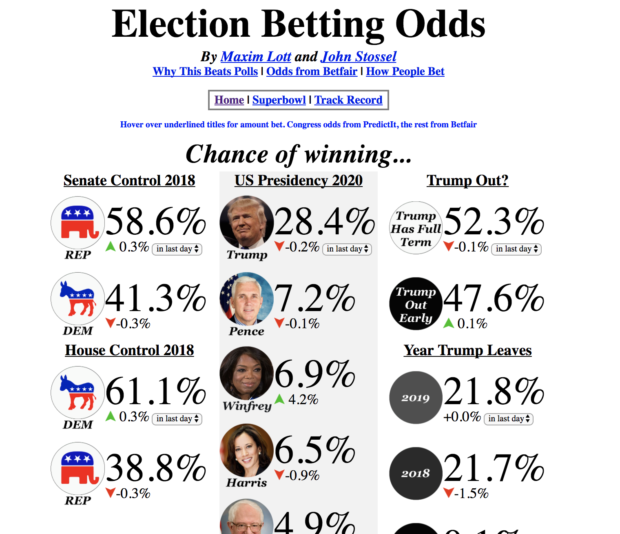 Here are the top 10 people who the bookies think have the best chances of becoming President in 2020: 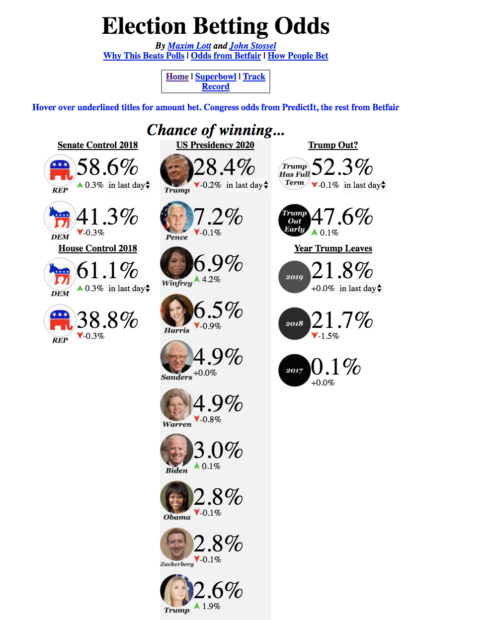 As of noon on Monday, Oprah was only at 2.7 percent: 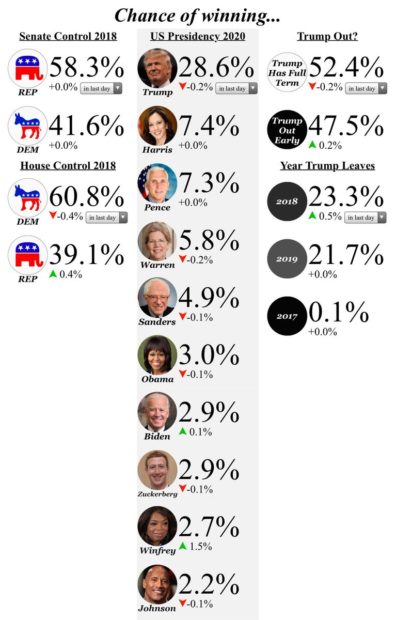 After a day of media speculation, Oprah has more than doubled her chances of becoming president, if you’re a betting kind of guy.