Although Oprah Winfrey has repeatedly denied speculation that she will run for president, her Golden Globes speech has all of Hollywood hoping she will.

Oprah accepted the Cecil B. DeMille Award for lifetime achievement at the 75th Annual Golden Globe Awards on Sunday night where she delivered an inspirational speech that has her celebrity friends and others looking towards 2020. 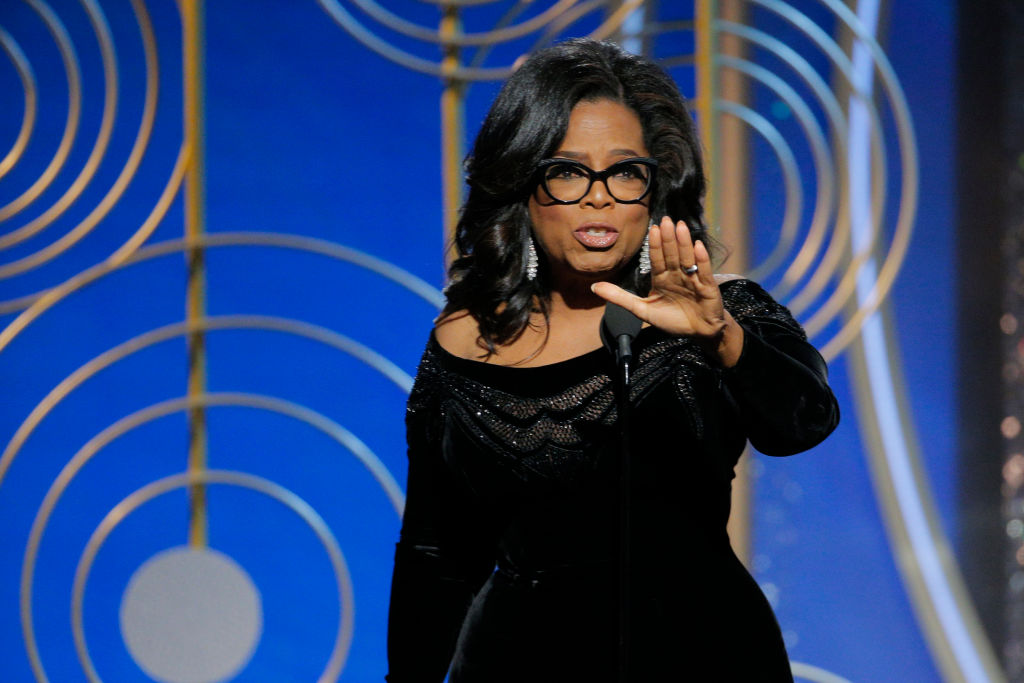 The 63-year-old actress started off speaking on what it meant to her to be the first black woman to receive the prestigious award then went on to address the importance of the free press, the sexual misconduct issue not just in Hollywood, but in all industries and finally declaring that “a new day is on the horizon!”

“In my career, what I’ve always tried my best to do, whether on television or through film, is to say something about how men and women really behave. To say how we experience shame, how we love and how we rage, how we fail, how we retreat, persevere and how we overcome,” Oprah said.

“I’ve interviewed and portrayed people who’ve withstood some of the ugliest things life can throw at you, but the one quality all of them seem to share is an ability to maintain hope for a brighter morning, even during our darkest nights. So I want all the girls watching here, now, to know that a new day is on the horizon! And when that new day finally dawns, it will be because of a lot of magnificent women, many of whom are right here in this room tonight, and some pretty phenomenal men, fighting hard to make sure that they become the leaders who take us to the time when nobody ever has to say ‘Me too”‘ again,” she concluded to a standing ovation.

Aren’t These #HollywoodHypocrites AGAINST #Guns So Women Could Defend Themselve

It should come as no surprise that after a speech like that, many of Oprah’s fellow actresses and actors cast their support behind her to run for president in 2020.

Meryl Streep, who used her acceptance speech for the same award just a year prior to attack Donald Trump, was one of them.

“She launched a rocket tonight. I want her to run for president,” Streep said after the show. “I don’t think she had any intention [of declaring]. But now she doesn’t have a choice.”

“Switched back to the Golden Globes to watch Oprah get her award,” MSNBC’s Joy Reid tweeted. “Never let it be said that I don’t respect the president of the United States.”

Switched back to the Golden Globes to watch Oprah get her award. Never let it be said that I don’t respect the president of the United States.

She was also quick to throw potential presidential hopeful Dwayne “The Rock” Johnson under the bus as Oprah delivered her speech.

When Oprah is speaking at the Golden Globes and your goals shift to VP… pic.twitter.com/3ghEVMmCwF

Earlier in the evening host Seth Meyers put the pressure on Oprah to run, suggesting Tom Hanks as her vice president which received some considerable applause. Afterwards Oprah’s longtime partner Stedman Graham, who attended the awards with her, made it clear that a 2020 run was a definite possibility.

“It’s up to the people,” Graham told the Los Angeles Times. “She would absolutely do it.”

We’ll have to wait and see who the Democrats trot out in 2020, but it appears that Hollywood already has their front-runner.