The media world is going gaga over the thought of a potential 2020 presidential bid from Oprah Winfrey.

After Winfrey delivered a stirring speech Sunday evening at the Golden Globes, Monday’s headlines were all about the talk show icon. The speculation is a welcome distraction for Hollywood’s elite, who have faced an ongoing industry crisis after the fallout from a wave of sexual assault bombshells.

However, if Oprah runs she will likely face her own questions over enabling and palling around with some of Hollywood’s now infamous sexual predators. In particular, Oprah has maintained a close professional relationship with Harvey Weinstein over the past two decades. Weinstein saw his career go down in flames after dozens of women came forward to accuse him of sexual harassment and assault, and Winfrey’s chummy relationship with Weinstein has been pointed out by a number of Twitter users who have [osted photos of Oprah kissing and hugging the notorious sexual predator: 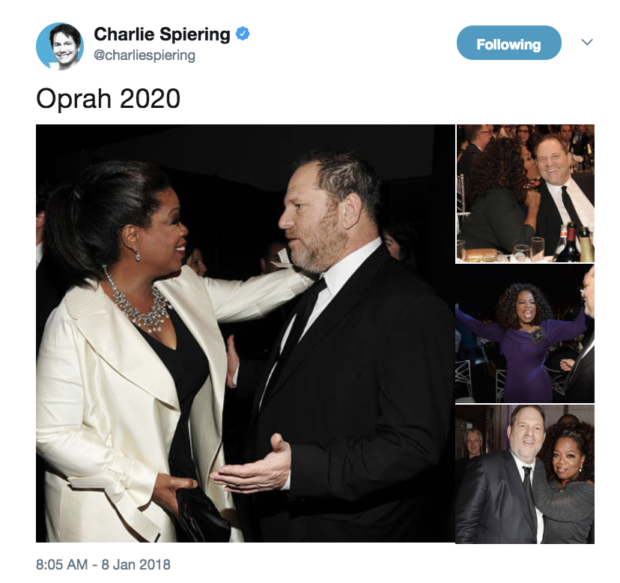 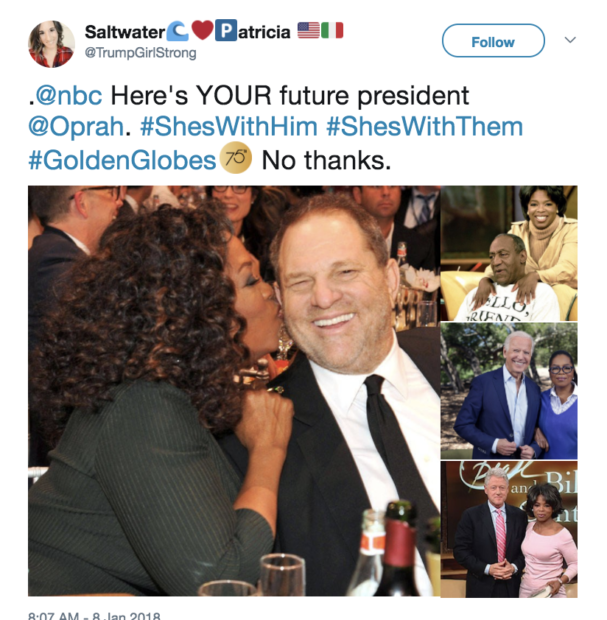 One of Weinstein’s accusers, Kadian Noble, says the disgraced mogul used Oprah to lure her in before sexually assaulting her. According to Page Six:

An aspiring actress says Harvey Weinstein used Oprah Winfrey and Naomi Campbell to dupe her into thinking he would help her with her career — only to use her for sex.

British actress Kadian Noble said Tuesday she was head-over-heels impressed when she first met Weinstein at an event in London because he was hanging out with model Campbell and had megastar Oprah “swinging off his arm.”

“I thought, obviously, this man has something amazing in store for me,” she said during a teary-eyed press conference in Manhattan to discuss the sex trafficking lawsuit she filed a day earlier against Weinstein in Manhattan federal court.

Oprah was also Weinstein’s guest at a number of events and awards ceremonies: 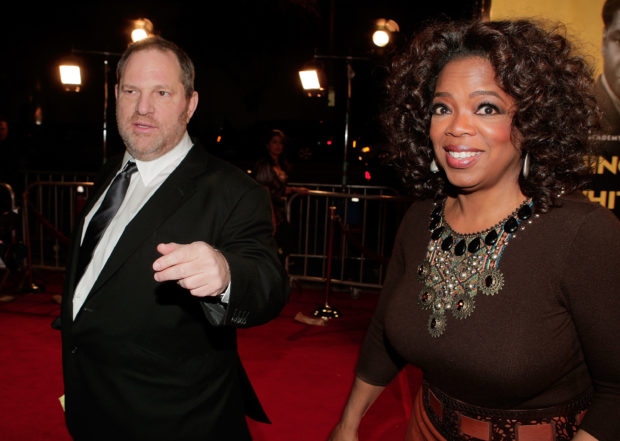 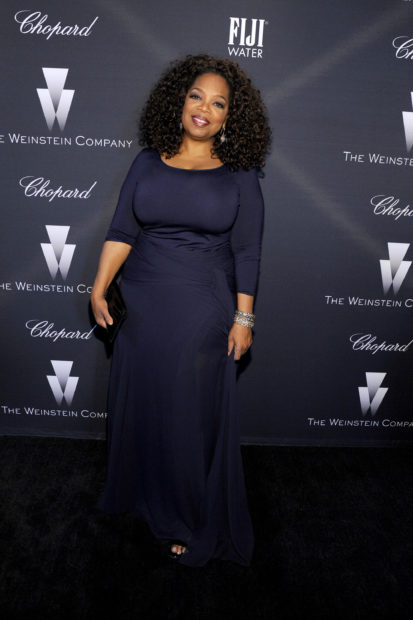 Oprah also starred in Weinstein-helmed flicks. Most recently she appeared in “The Butler,” a movie about a long time White House staff member. 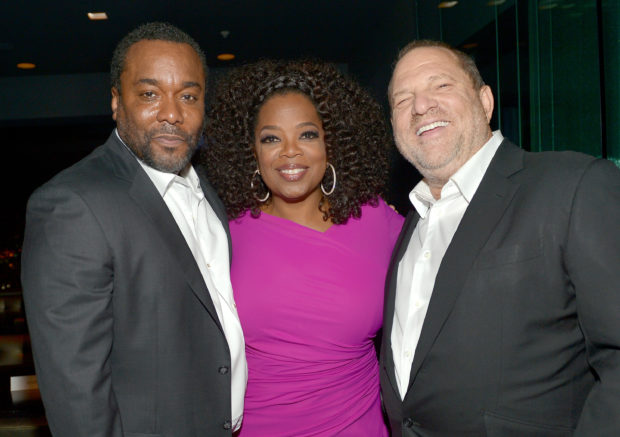 Oprah also won awards alongside Weinstein for their work in education and arts. 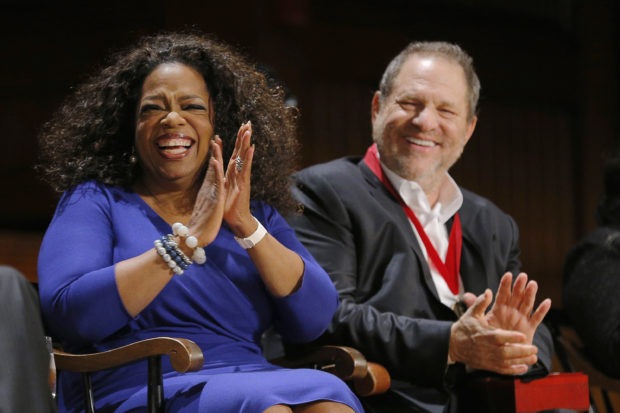 After Weinstein was exposed as a sexual predator, the mogul said Oprah called him to offer her support. TMZ reports that Oprah called Weinstein to offer advice and support after the allegations hit:

Harvey has repeatedly told his team and friends that Oprah called him earlier this week and said he needed to speak out and defend himself, and when he did she would be right there supporting him. We’re told Harvey has said a number of powerful people have called to voice support, but he singled out Oprah over and over.

A spokesperson for Winfrey denied this account, telling TMZ that Oprah did not contact Weinstein but would be open to doing an interview with him.

“Oprah has not spoken to Harvey Weinstein directly,” the spokesman claimed. “Someone from his team reached out to her to see if she would talk to him, and she said she would if it was for an interview. There are no plans for an interview at this time.”

In Oprah’s speech at Sunday’s Golden Globes, she did not mention Weinstein by name.