The media world is abuzz with speculation Oprah Winfrey may run for president in 2020.

Oprah, fresh off her triumphant Golden Globes speech, seems to be signaling that she is interested in a run for president, according to sources close to the iconic talk show host.

Now, we have the first official statement from the Trump administration on the matter.

Onboard Air Force One, White House spokesperson Hogan Gidley was asked if he had a response to Oprah’s comments during the highly-touted Globes speech. Gidley said “no” and continued on to say President Trump “welcomes” Oprah’s challenge.

“We welcome the challenge whether it be Oprah Winfrey or anybody else.”

Gidley went on to say Trump will win reelection “regardless of who’s on the ballot.”

His full quote via the official transcript:

GIDLEY:  No, other than to say that regardless of who’s on the ballot, regardless who decides to run against this President, they are going to have to face a President who has record-setting achievements in record-setting time, whether it’s an economy that is booming, job creation, historic tax cuts and tax reform when that hadn’t been touched in 30 years, an increase in wages, an absolute decimation of ISIS in Iraq and Syria. We welcome the challenge, whether it be Oprah Winfrey or anybody else. 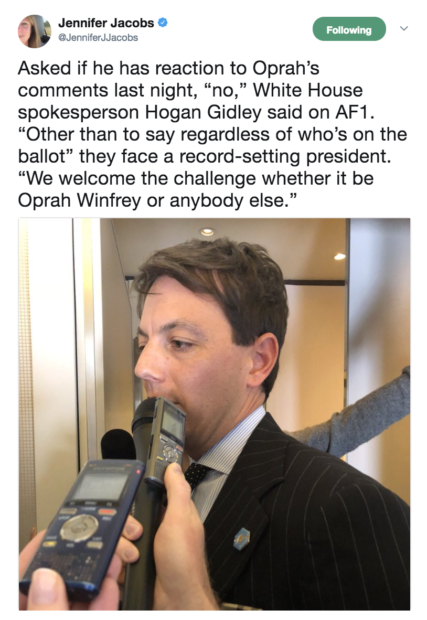 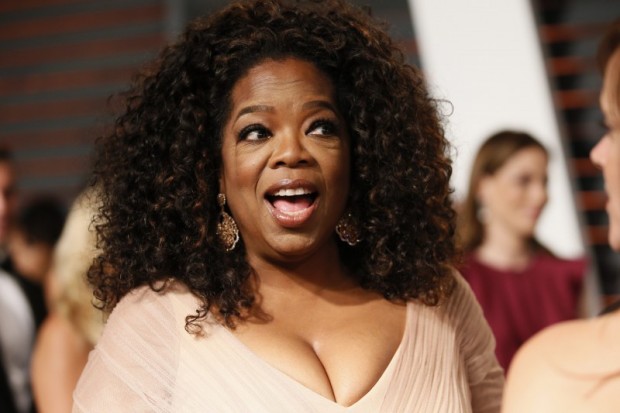