The much anticipated game is being played in Atlanta and Trump’s attendance was seen as a tip to his love of football.

However, right before the national anthem anthem played, the loudspeaker in the stadium boomed, welcoming the president to the field. Trump was escorted by young members of the military to the middle of the field to thunderous applause. As the bands of both teams played the anthem, the soldiers saluted and Trump stood with his hand on his heart. 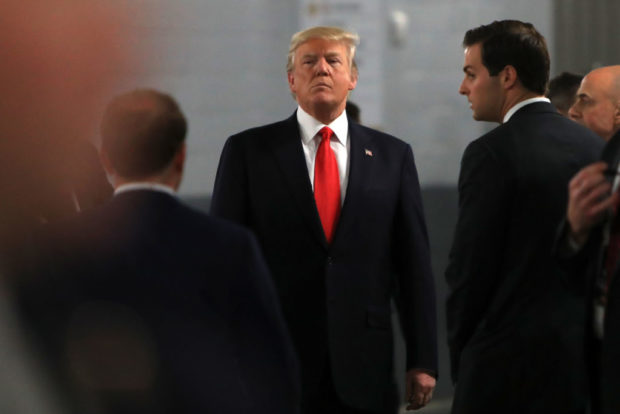 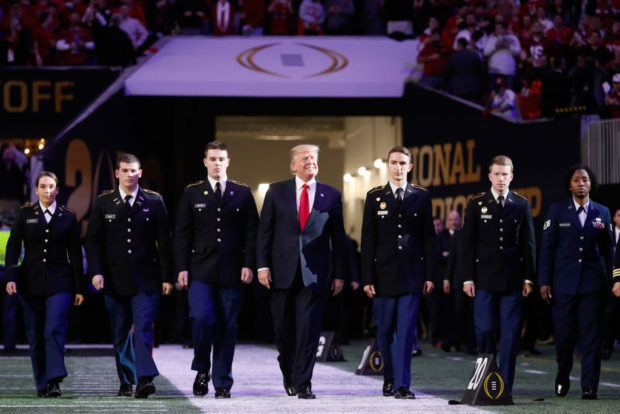 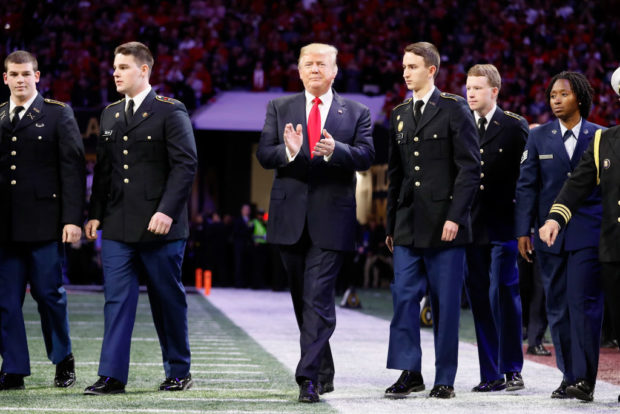 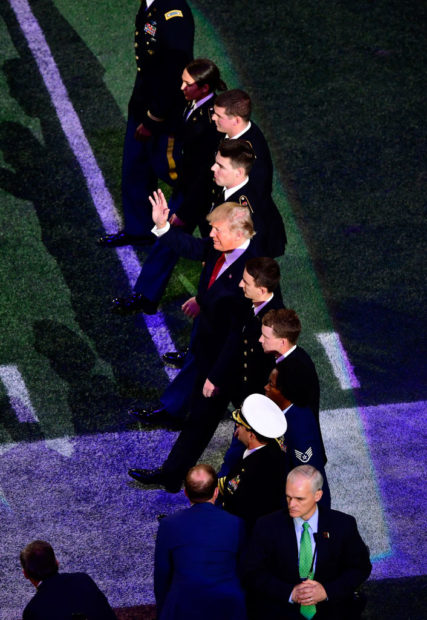 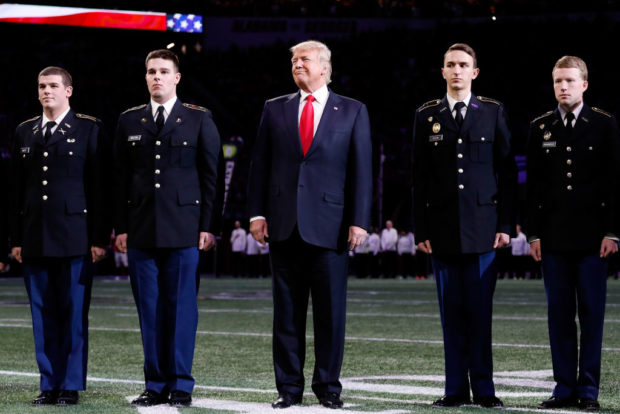 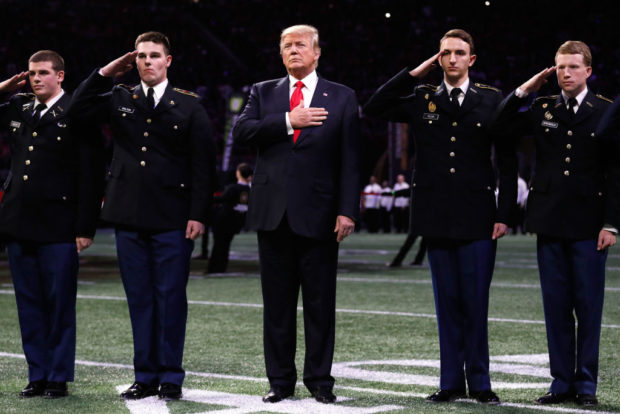 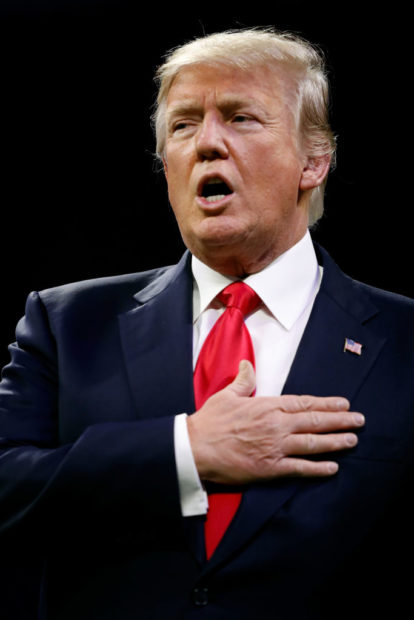 The move was significant due to the president’s ongoing war with the NFL. Earlier this year, Trump picked a fight with NFL players who kneel for the national anthem. The battle caused mass anthem protests throughout the league. The backlash agains the NFL was severe, with plummeting ratings and attendance. Trump has regularly claimed victory on the issue.

The crowd Monday night went wild and Trump left the field with a smile.