Every football player has his bad days, but those days are that much worse when they happen to come in the biggest game of the year.

Jalen Hurts got off to a rough start in the first half against Georgia in the national championship on Monday night — so rough that head coach Nick Saban decided to bench his starting quarterback in favor of a freshman. While many will remember Tua Tagovailoa’s heroics in the Crimson Tide’s sensational comeback win, some might forget about the guy who was cheering him on from the sidelines. 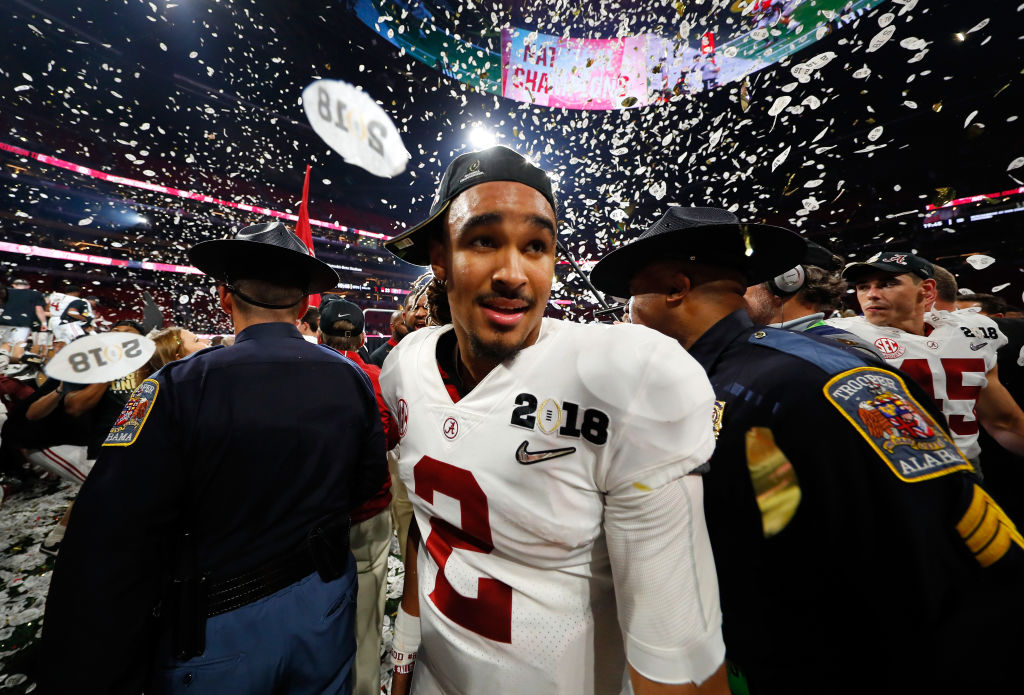 Hurts was 25-2 as a starter heading into the big game against Georgia, but even that level of success didn’t stop Saban from making the tough decision to put him on the bench. But the typically sensational sophomore handled it with more class than you could ever expect from someone who earned the right to lead his team, but ended up watching them win without him.

Hurts showed no signs of sulking on sidelines during the second half and was the first to congratulate Tua when he started putting points on the board. During timeouts, Hurts was right beside his backup, patting him on the back and encouraging him to do his thing out there.

After the game, Hurts had nothing but good things to say about his backup quarterback and revealed what he said to him when he found out he would be watching from the sideline.

Alabama fans will always remember when Tua’s time began, but they should never forget the quarterback who carried them there and cheered on his teammate when his team needed him the most.