NBC News tweeted a story this morning about pregnant Russian women to travel to America to give birth so that their children will have dual citizenship and eventually sponsor their parents for citizenship.

The tweet was accompanied by the following video and text.

The tweet has received mixed reviews by reporters and commenters online. Many verified accounts are upset and confused at the racial connotations over the tweet and birthright citizenship. 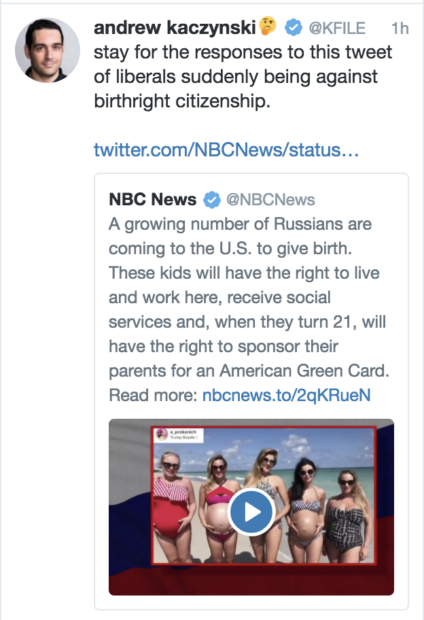 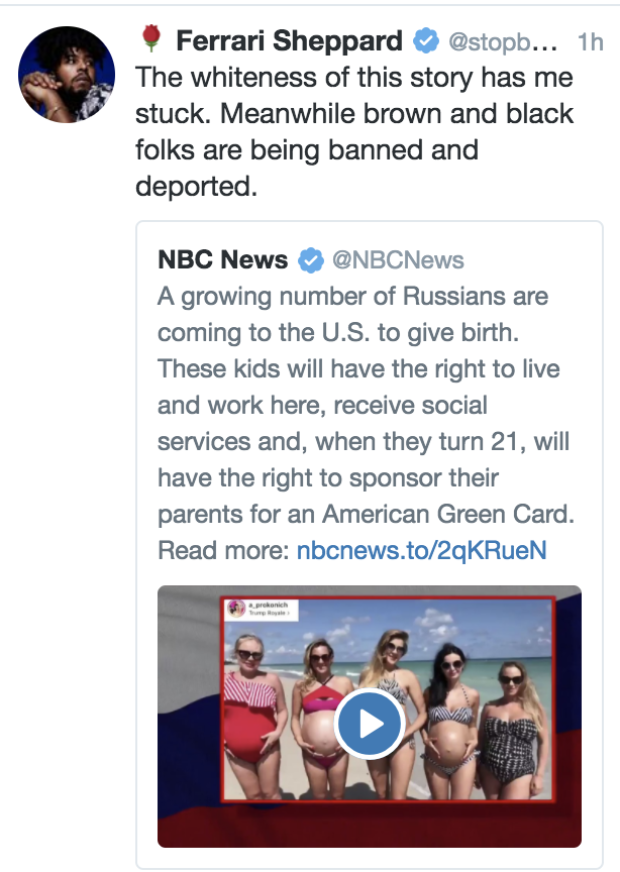 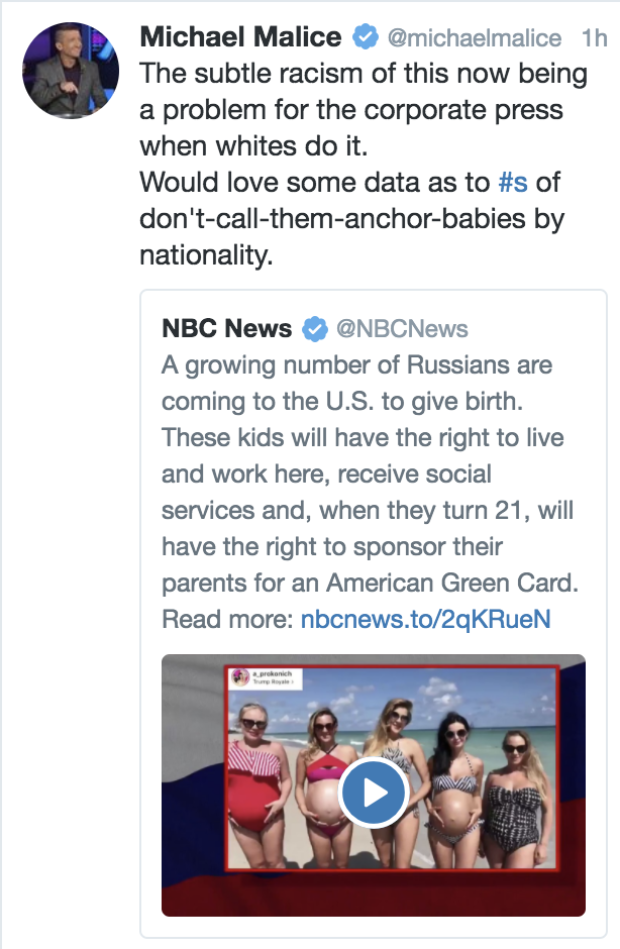 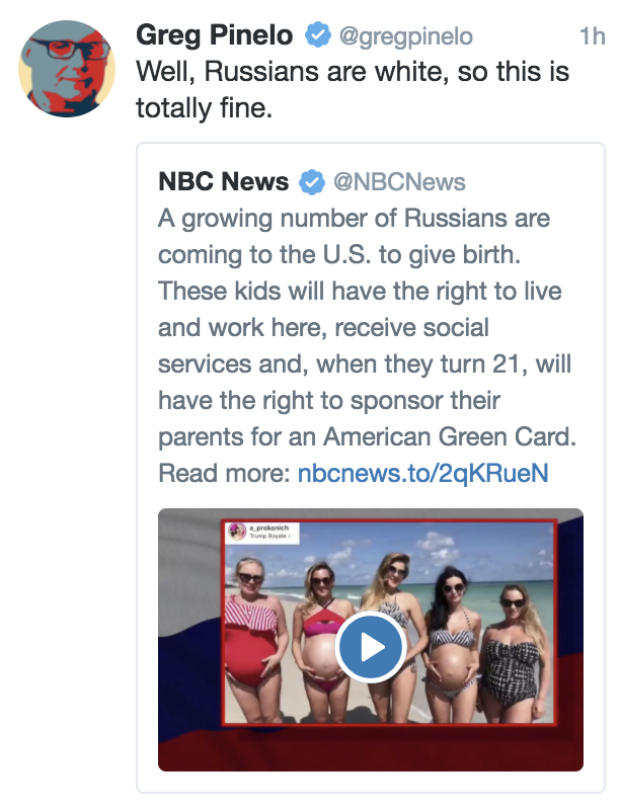 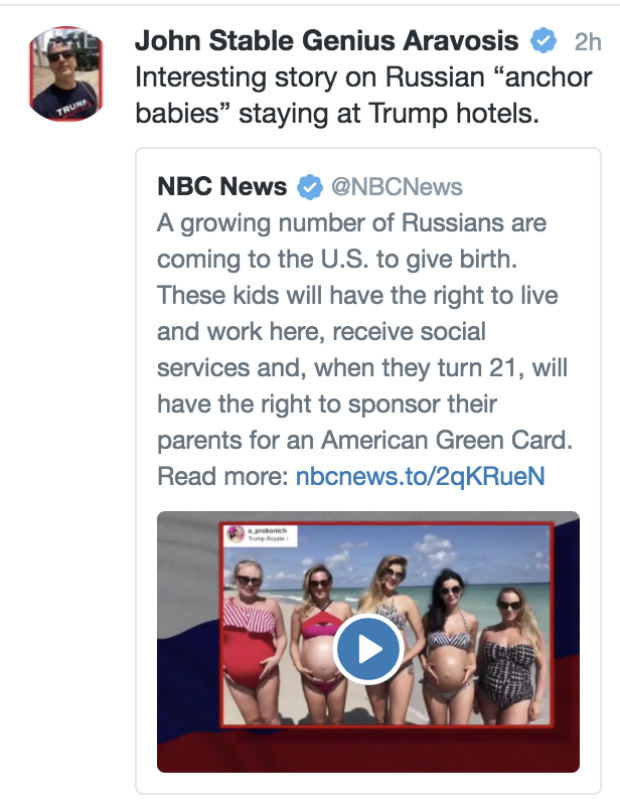 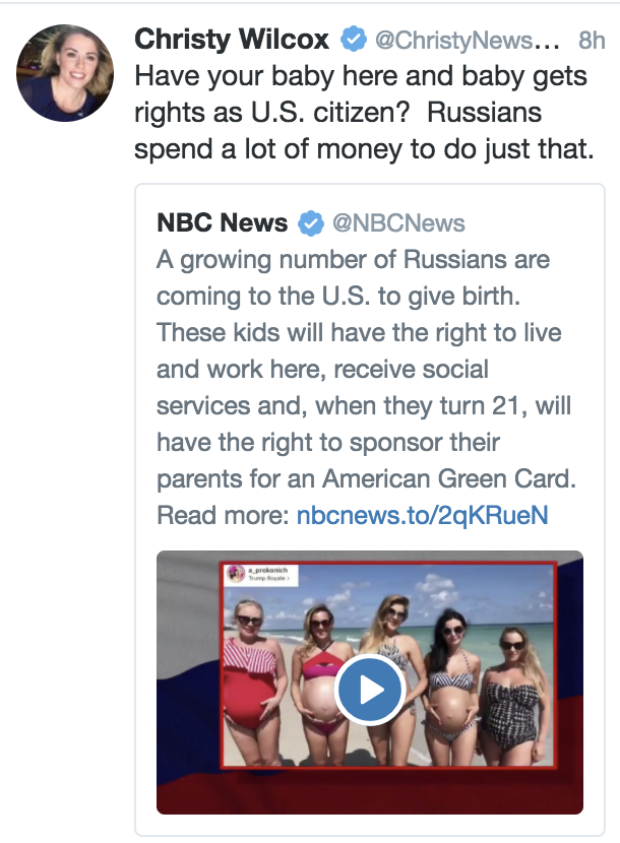 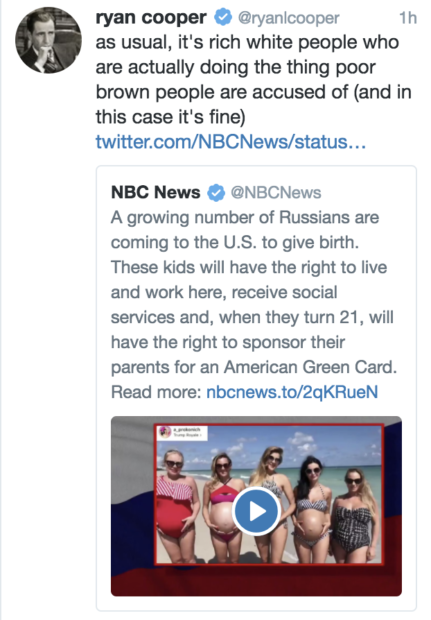 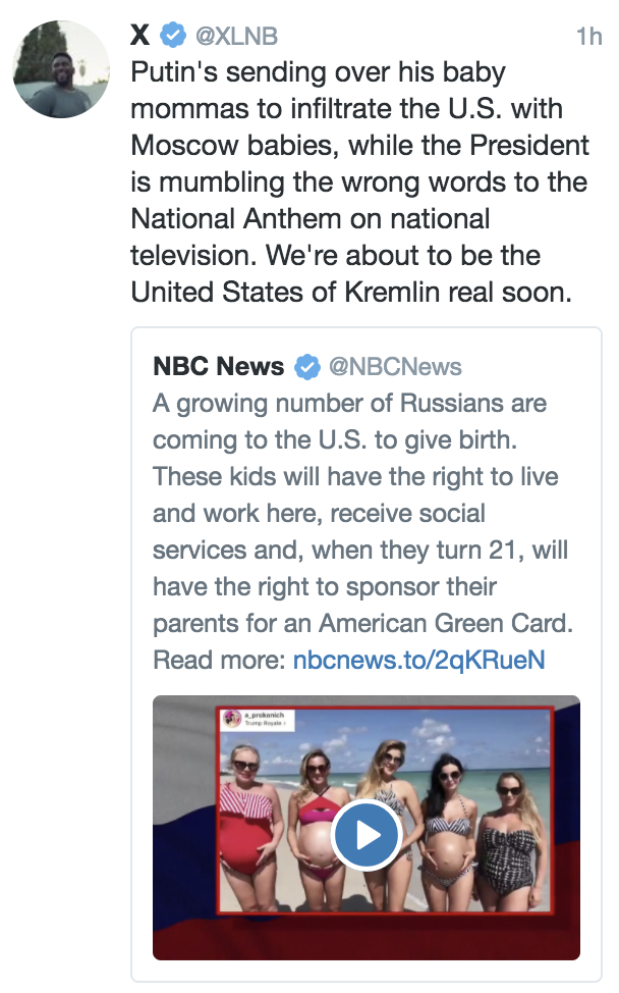 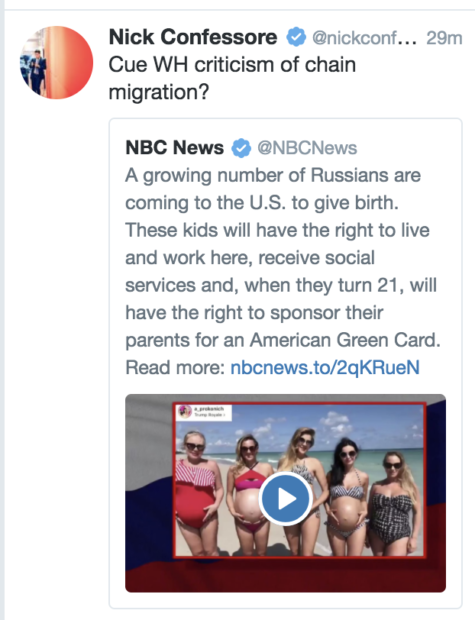 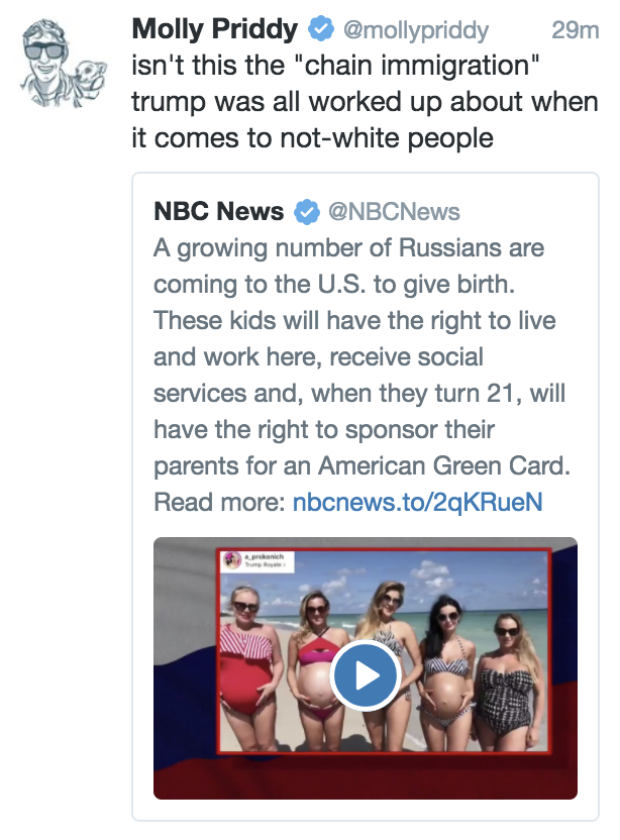 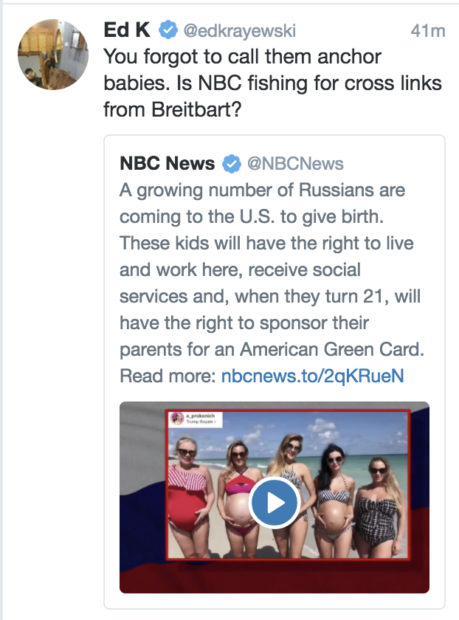 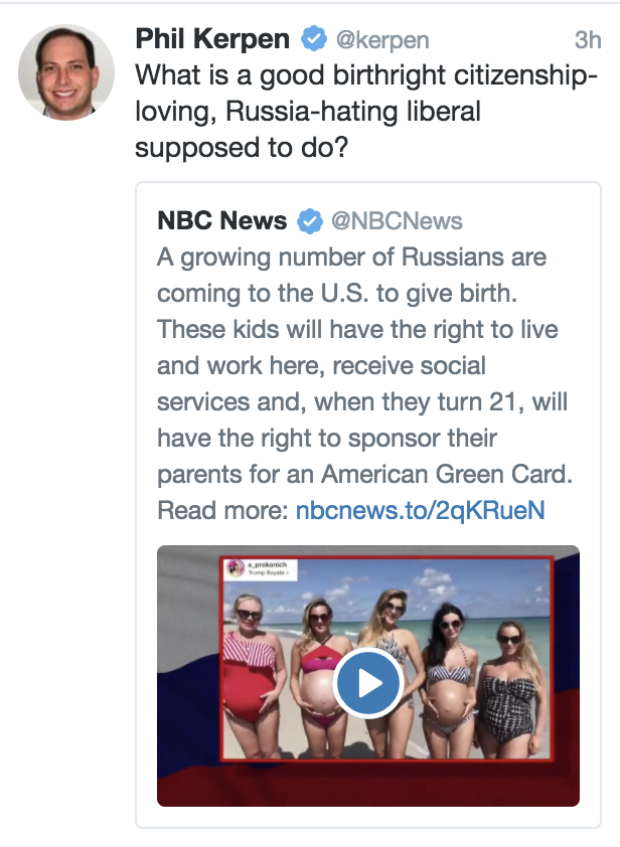