Conservative commentator and immigration hawk Ann Counter has harshly criticized President Trump in recent days for his negotiations with Democrats on immigration. However, Trump may have won Coulter back by calling some third world countries “shitholes” Thursday.

The comments were in response to remarks made by the president at the White House Thursday.

In a private meeting with lawmakers, Trump is quoted as saying:

In response to the remarks, Coulter said that Trump was trying to “win” her back. 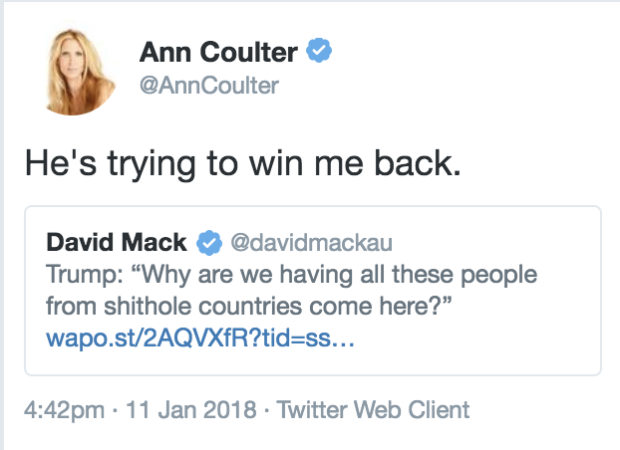 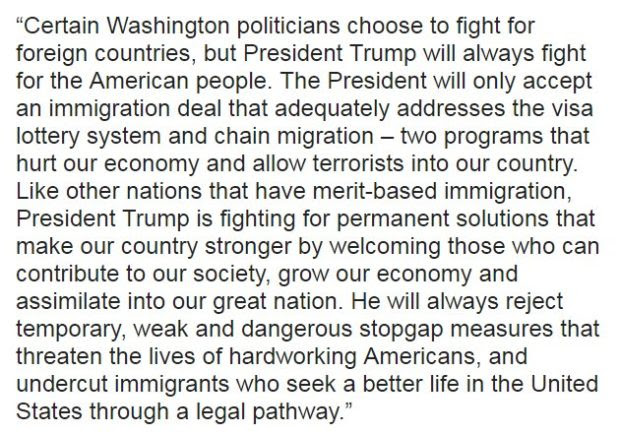 The administration is currently attempting to reach a deal on giving illegal aliens who came to the U.S. as minors permanent legalization. We have yet to see how the comments will affect the legislation.