To begin Cuomo’s segment, he wrote on a whiteboard. The whiteboard said “This Is Who He Is:” Cuomo then wrote the word “S-H-I-T-H-O-L-E” on the board saying:

The president is just showing you who he is. This is who he is, OK? We sum it up in a word, okay? There it is. 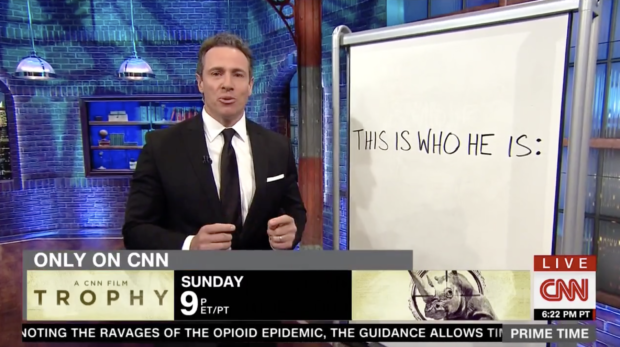 Cuomo then began to explain that he did not want to teach his children this word, but he oddly made sure that they were watching him spell it out on a whiteboard that evening.

It’s a bad word. My kids are watching right now. I don’t want to teach my kids and your kids a bad word, our president decided to make that choice. 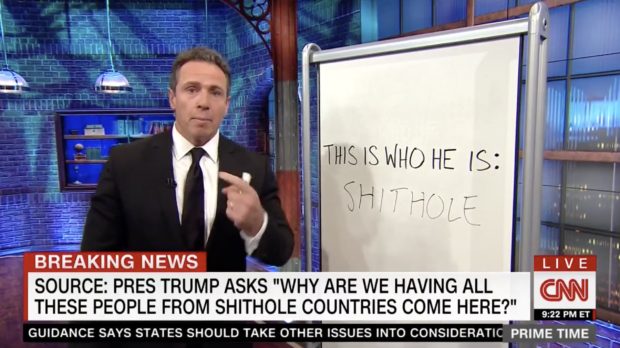 Cuomo claimed “hiding from the word” is a mistake and that Trump is in essence a racist because of his comments on Charlottesville and the Mexican border.

A word of advice: If you self-righteously do not want to teach children a bad word, don’t spell it out on a whiteboard on national TV and force your children to watch.