The internet is already starting to speculate that Ewan McGregor is preparing to return to his legendary “Star Wars” role as Obi-Wan Kenobi in the upcoming film about the character.

We Got This Covered wrote the following:

Not only that, but the actor has now been spotted sporting a very Obi-Wan-esque look, while also getting in shape for an upcoming role. It’s by no means confirmation that he’s set to feature in the spinoff, but the stars are certainly starting to align quite nicely, wouldn’t you say?

Last we reported on the spinoff, Lucasfilm had seemingly selected ‘Joshua Tree’ to be the film’s placeholder, whereas previous working titles within the Star Wars franchise have included the likes of Red Cup (Solo), Blue Harvest (Return of the Jedi) and Space Bears (The Last Jedi). We also know that it’ll start shooting in 2019, at London’s Pinewood Studios.

You can see the photo of McGregor working out in the article linked above. Below is another recent photo of him, and he does look very similar to how he did while playing the Jedi star. 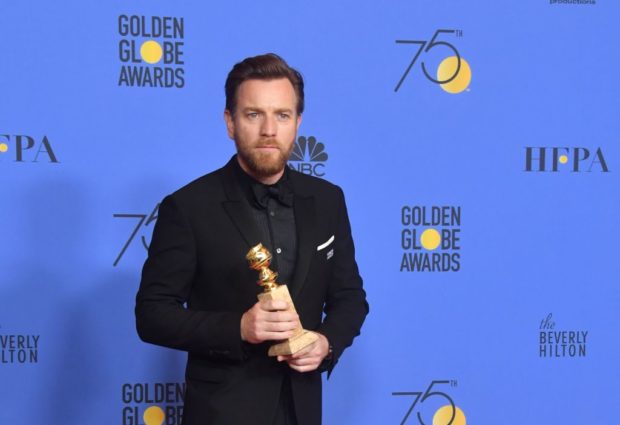 Actor Ewan McGregor poses with the trophy for Best Performance by an Actor in a Limited Series or a Motion Picture Made for Television during the 75th Golden Globe Awards on January 7, 2018, in Beverly Hills, California. (Photo: FREDERIC J. BROWN/AFP/Getty Images)

I don’t know about you guys, but that sure looks like Obi-Wan Kenobi to me. Obviously, we won’t know for sure what is happening until some ink gets put on paper or we get some kind of official announcement. The spinoff based on the character is supposed to start shooting in 2019, which is pretty far away.

However, my big-time journalism skills tell me that I think we can expect to see Ewan McGregor holding a lightsaber at some point in the future.