“Remember … we went to the White House when it happened, and Raj whatever-his-name-is didn’t back off the words,” Cuomo said earlier Monday.

Shah, who serves as the principal deputy White House press secretary, is the son of immigrants from India. After the segment, Shah tweeted out this message to the host and the network:

.@ChrisCuomo and CNN viewers, it's Raj Shah https://t.co/4kmYYrsHPX via @dailycaller

White House press secretary Sarah Sanders piled on, noting how CNN has a long history of not being ableto properly identify Shah:

Last month @CNN put up the wrong picture for WH Principal Deputy Press Secretary @RajShah45 & now they refer to him on air as "Raj whatever his name is." #ThisIsCNN https://t.co/PnkYDqoCpP

Late last year, CNN misidentified Shah in a segment. Sanders torched them for it: 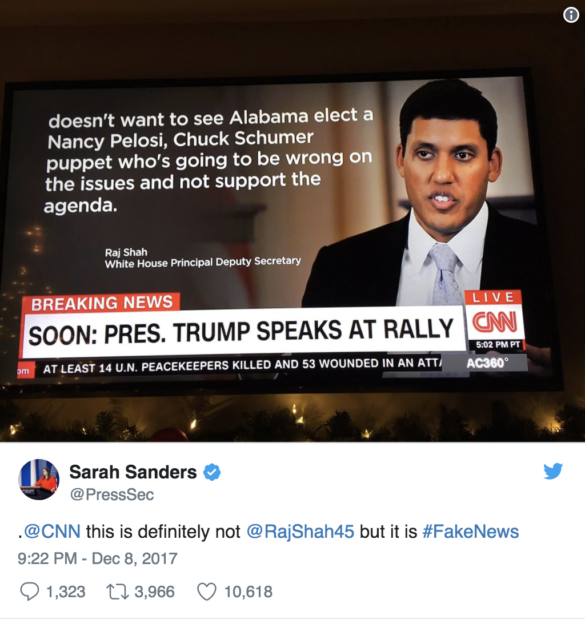 Sorry for the mistake, Raj. Won’t happen again. Please know that you are welcome to come on the show anytime. https://t.co/kw669MfP0a