An Army veteran is suing the VA for allegedly leaving a scalpel in his abdomen after a prostate surgery four years ago.

Glenford Turner, 61, went into the VA in West Haven, Conn., in March after a dizzy spell, and doctors ordered an MRI. During the procedure, Turner complained of “severe abdominal pain,” and doctors located “an abandoned surgical instrument in plaintiff’s body” through an x-ray, according to the lawsuit.

The scalpel was removed a month later. Turner’s complaint alleges that the surgical instrument was left after a 2013 prostate surgery, and claims that employees connected with the Connecticut VA system determined that it was “at fault for leaving a foreign object in plaintiff’s body.” 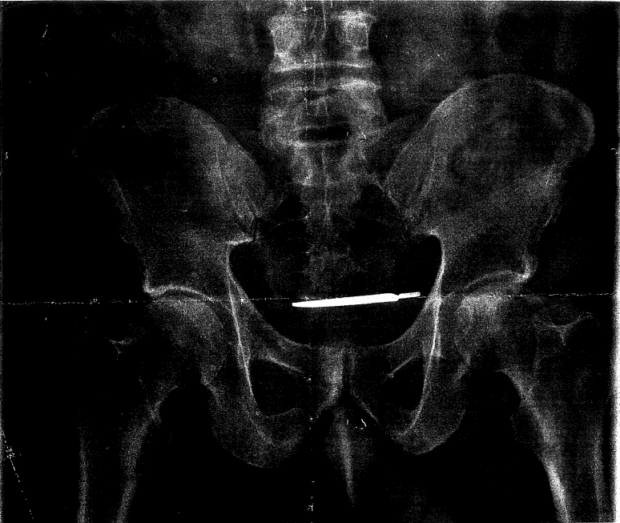 An X-ray image from Glenford Turner’s lawsuit against the Veterans Administration, claiming a surgical tool was sewn into his abdomen after a 2013 surgery at a VA hospital in West Haven, Conn. (Image: U.S. District Court for the District of Connecticut)

The extreme allegation of surgical malpractice caught the attention of Connecticut Democratic Sen. Richard Blumenthal, a member of the Senate Committee on Veteran Affairs. Blumenthal said he was “appalled and stunned by allegations of this egregious medical malpractice case” in a statement Monday.

“While the court determines liability, I have asked for a detailed explanation from VA of this deeply troubling report,” Blumenthal said. “I am demanding also full accountability so this kind of horrific negligence never happens again. America owes our veterans the world’s best medical care, nothing less.”