Multiple Democrats are now on record planning to protest Donald Trump’s State of the Union speech in two weeks, but one veteran has an excellent idea for what to do with those empty seats.

Maxine Waters, Frederica Wilson, John Lewis, Pramila Jayapal and Earl Blumenauer have all announced that they will sit out the speech due to political disagreements with Trump’s presidency. Their absence will leave a number of empty chairs on one side of the aisle.

One veteran has the perfect solution for what to do with those chairs. The twitter user @elucifer23, who is an Army veteran of 10 years, has asked for Maxine Waters’ seat.

I would like to take Maxine Waters seats at The State Of The Union Address. If they don’t want to go this Military Veteran would gladly go. I’d tell the President how much he means to myself, family, Military, and all of his supporters! 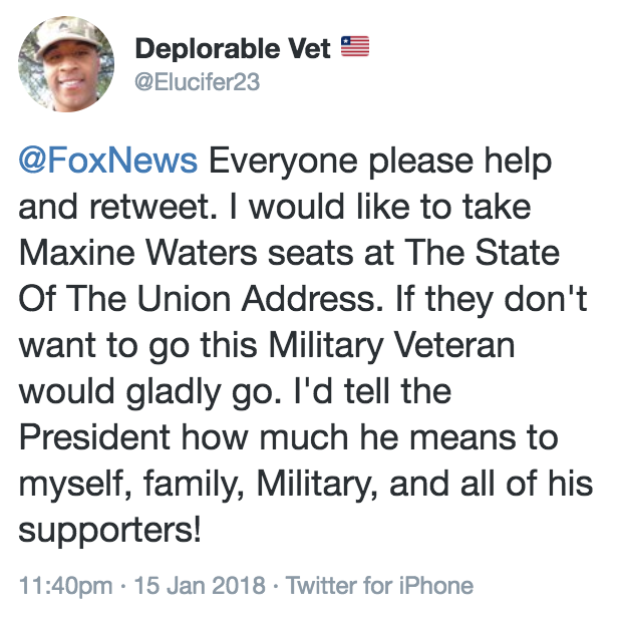 The request from the veteran made it on Fox News and has been retweeted over 11,000 times, including by the president’s son, Donald Trump Jr. 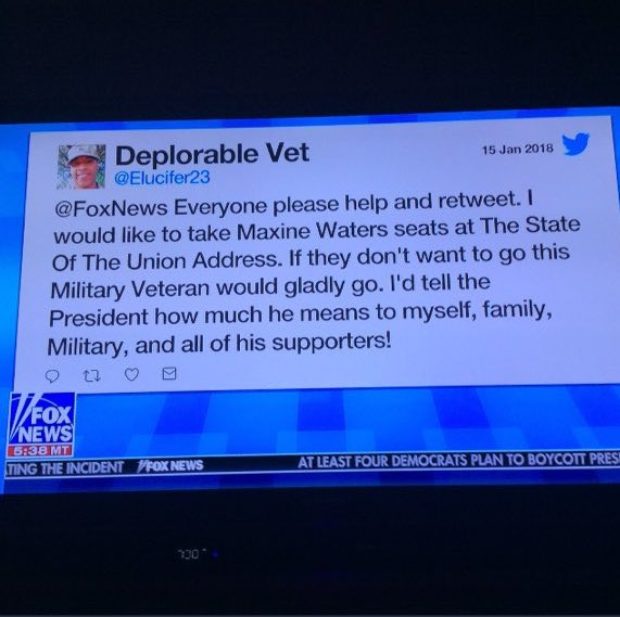 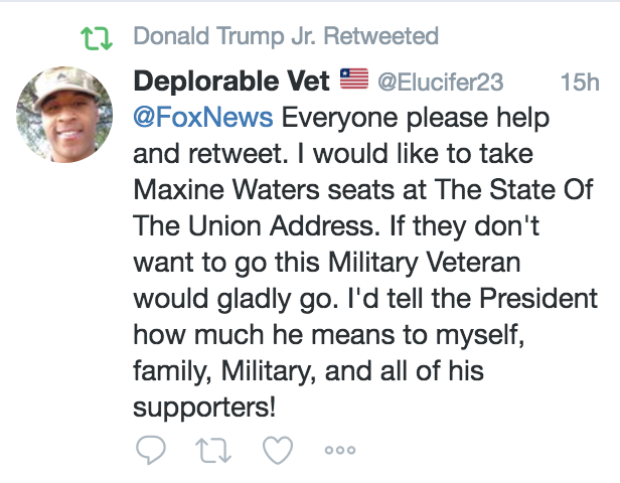 The veteran confirmed that he will be on Fox & Friends Wednesday morning to talk about it the request. 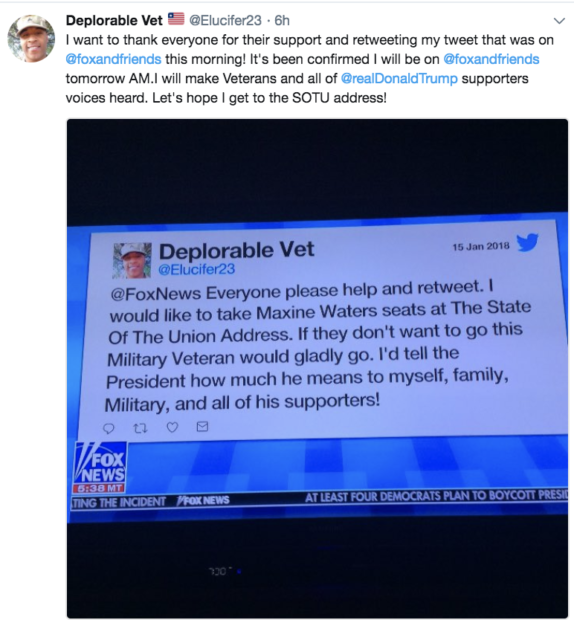 To date, the veteran does not yet have Maxine Waters’ seat, but he’s getting close.