The hackers replaced the background image of Hume’s account with a pro-Turkey banner and tweeted an image of a Turkish soldier with the message, “To me, the Turkish army is the strongest army; because they are fighting not only with arms but with determination and determination with faith.” Hume deleted his account shortly afterward. 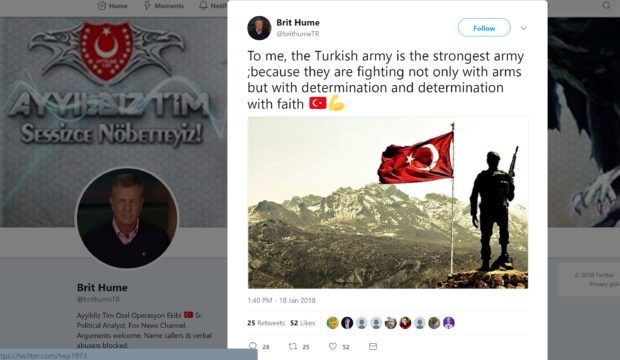 The hackers posted messages and images praising the Turkish military and Turkish President Recep Tayyip Erdogan on each of the accounts and used identical account banners, giving the appearance that all three hacking attempts were related, according to BI. While the hackers have not been identified or declared their ultimate goal, it is notable that they targeted media personalities that are or have been associated with Fox News, since accounts belonging to Fox News personalities can be used to direct message President Donald Trump.