Danny Amendola showed up when the New England Patriots needed him most on Sunday and his girlfriend, Olivia Culpo, was there to congratulate him right after the big win. 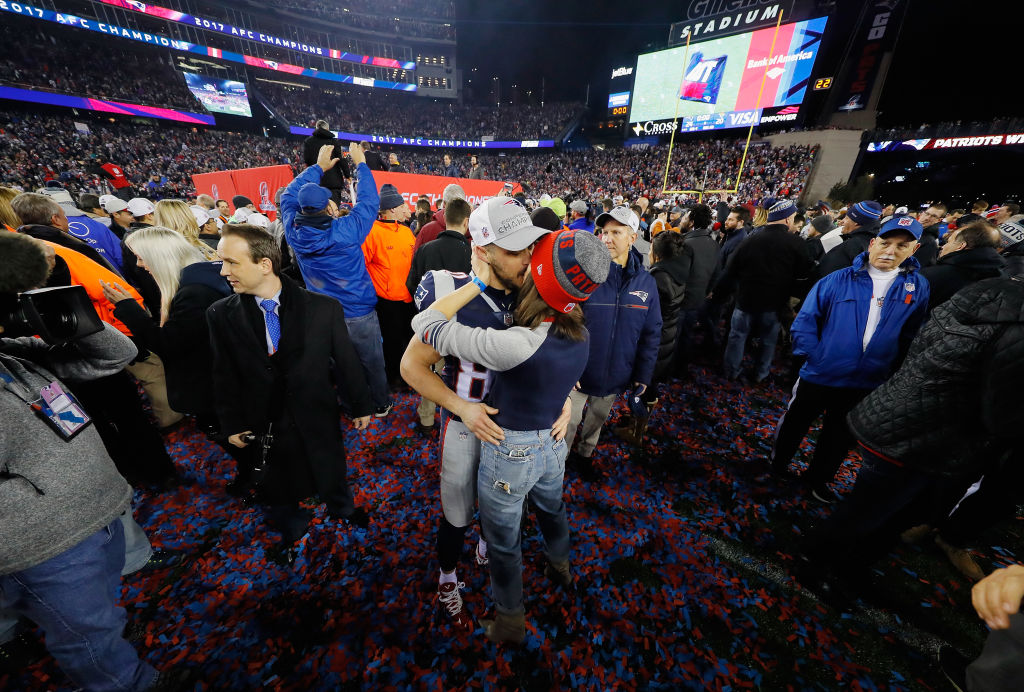 The Patriots trailed for much of the AFC Championship game on Sunday afternoon, but thanks to some fourth quarter magic from Amendola and Tom Brady, they were able to punch their ticket for a return trip to the Super Bowl. (RELATED: Tom Brady Had His Hands Full With Gisele At The Met Gala)

Culpo was cheering on her boyfriend from the stands in Gillette Stadium and quickly made it down onto the field for the post-game celebration where she jumped on the star receiver and wrapped her legs around him. The beautiful brunette shared a photo of the special moment to Instagram later that night.

“BABY GOING TO THE #SUPERBOWL #MVP,” Culpo captioned the post with a slew of heart emojis to top it off. (RELATED: Gisele Gives Wonder Woman A Run For Her Money With This Photo)

It’s been a big week for the budding power couple. Just a few days before Amendola’s big game, Culpo was announced as one of the newest additions to the Sports Illustrated Swimsuit team. 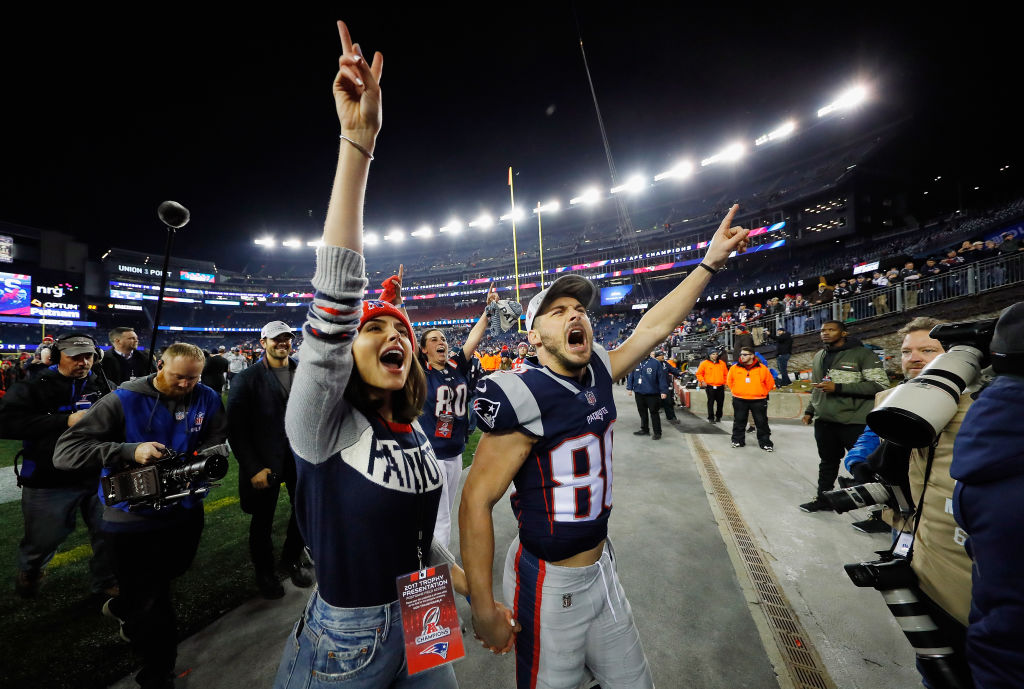 It looks like Amendola is following the footsteps of his quarterback on and off the field. The winning just doesn’t stop for these guys.