While @realDonaldTrump finally acknowledged that the Dreamers should be allowed to stay here and become citizens, he uses them as a tool to tear apart our legal immigration system and adopt the wish list that anti-immigration hardliners have advocated for for years. 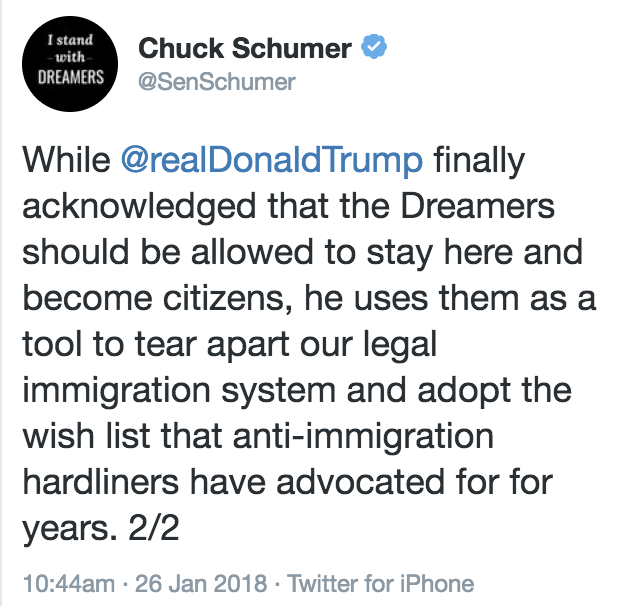 The White House is currently negotiating with Congress on getting increased border security and funding for the border wall in exchange for its DACA deal.

Democrats in the Senate recently forced a government shutdown over the legislation involving DREAMers, or children whose parents came to the country illegally. Both sides are working furiously to win a messaging war over the fate of some 800,000 Dreamers as the March deadline for DACA approaches.

In response to Schumer’s tweet, Sarah Sanders reminded Schumer that he has been in office for decades and political cowardice on the issue has led to the current immigration crisis: 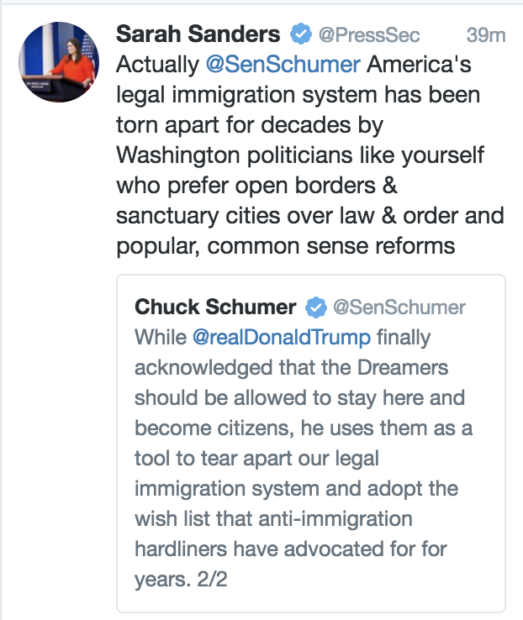 Its going to be an interesting few weeks on this issue.