A mob of protesters shut down streets in Washington, D.C. on Saturday, waving rainbow flags, holding signs, and shouting repetitively after a man grabbed the microphone to project his feelings about “resistance,” but when asked about what they were protesting, one woman responded, “Everything.”

The reason for the protest remained unclear, as the crowd was divided in their response to what they were protesting. 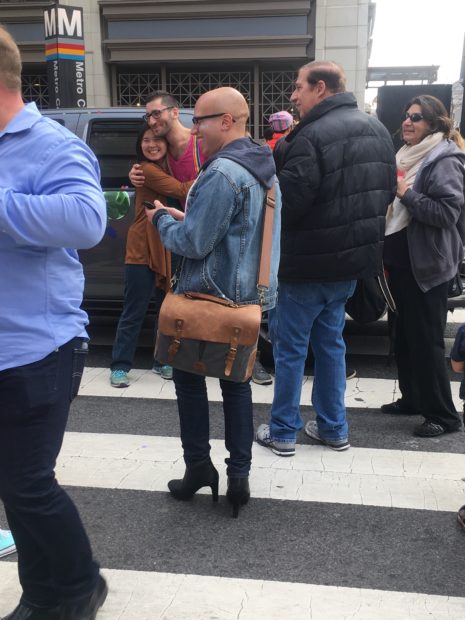 When asked about the cause behind her protest, one pixie haircut, middle-aged woman in the crowd simply responded, “Everything.”

She then added that January 27th is the anniversary of President Trump’s travel ban, which was just a facet of the motivation behind her protest.

When asked the same question, another protester wearing a rainbow-printed flag cape, responded that she was protesting “what president Trump has done in the last year” and that nearby there was an LGBT convention, the motivating factor behind her and the crowd’s LGBT fashion influence. 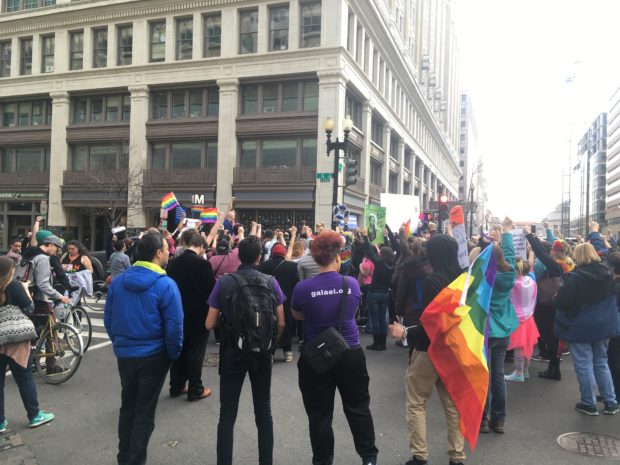 The protests shut down the corner of 13th and G streets, and the surrounding streets. Police cars and motorcycles remained around the area.

The protesting crowd consisted of a wide demographic, including families with strollers and toddlers. 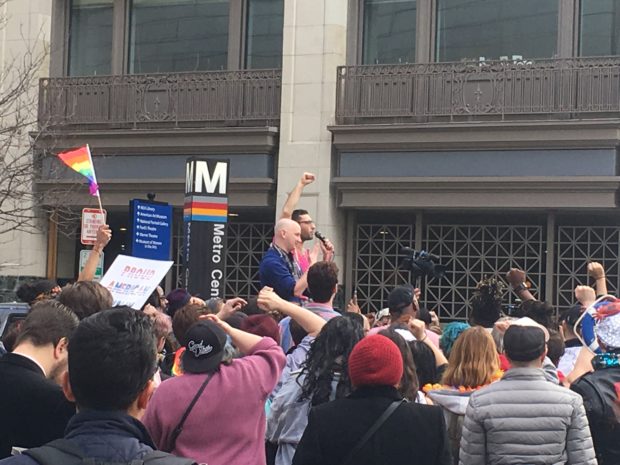 A protester in Washington, D.C. holds up his fist (The Daily Caller/Julia Nista)