EXCEPT for that whole part where Hillary Clinton and other Hollywood bigwigs read excerpts from Michael Wolff’s wholly questionable book about the Trump administration, “Fire and Fury.”

The anti-Trump segments didn’t end with the former presidential candidate. Several other celebs, including U2 frontman Bono, took some shots at the commander-in-chief. 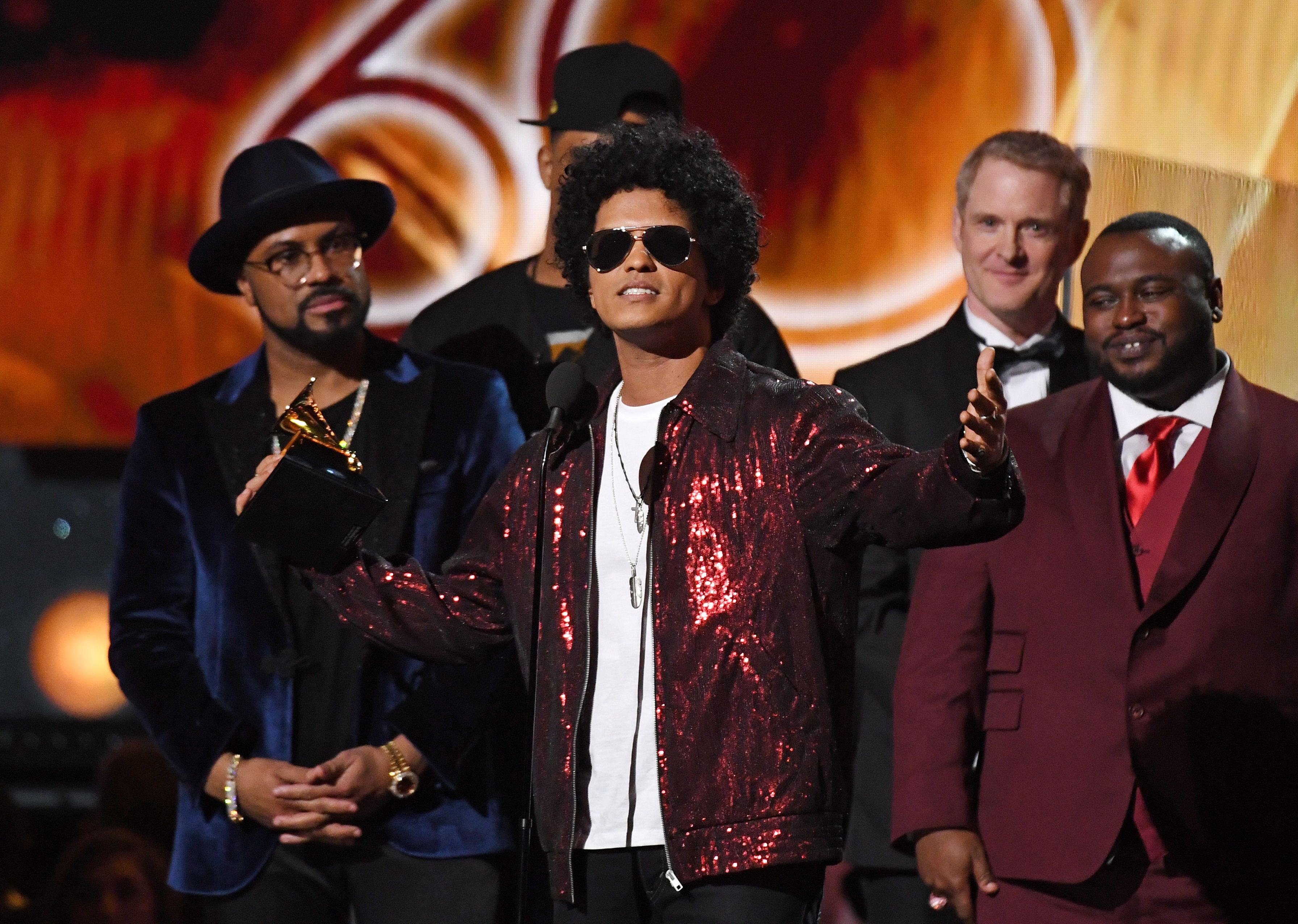 Bruno Mars receives his third Grammy for Album of the Year during the 60th Annual Grammy Awards show on January 28, 2018, in New York. / AFP PHOTO / Timothy A. CLARY (Photo credit should read TIMOTHY A. CLARY/AFP/Getty Images)

Namely, how she shielded one of her top 2008 campaign advisers from repeated sexual harassment allegations.

AND reassigned his alleged victim within the campaign.

So much for listening to every single victim.