Former British spy Christopher Steele gave the FBI a copy of a second dossier on Donald Trump, this one put together by a Democratic political operative who has been referred to as a “hatchet man” for the Clinton family.

The Guardian reports that Steele passed the so-called “Shearer memo” — compiled by Cody Shearer — to the FBI in October 2016. Steele, an ex-MI6 officer, had been given the document by an American contact who is unnamed in The Guardian report.

According to the newspaper, Steele told the FBI that he could not verify the information in the memo, but he said that he gave the bureau a copy because some of the information in it matched up with what he had reported in his own dossier. 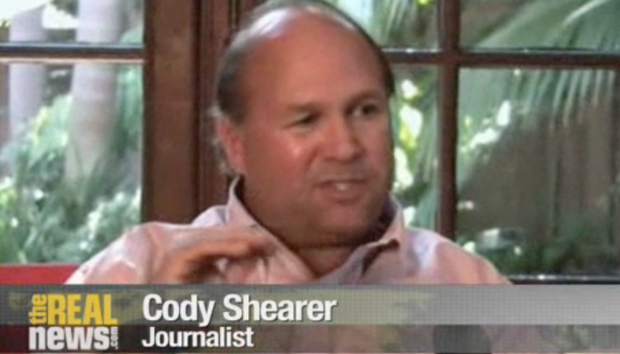 Steele first met with the FBI in July 2016, shortly after being hired by Fusion GPS, an opposition research firm that had been hired by the Clinton campaign and DNC to investigate Trump. The ex-spy met with FBI agents a couple of months later and struck an informal agreement to continue providing information about Trump’s activities in Russia.

Steele’s unverified dossier was reportedly used by the FBI and Justice Department in an application for a surveillance warrant taken out against former Trump campaign adviser Carter Page.

It is unclear from The Guardian’s reporting whether the Shearer memo was also used to justify the surveillance warrant.

The Shearer memo contained allegations that Trump was compromised in 2013 after engaging with prostitutes at a Moscow hotel. Steele’s first memo, dated June 20, 2016, alleged that Kremlin operatives had video recordings of Trump with prostitutes and that the footage was being used to blackmail the former real estate executive.

The Guardian further reports that the FBI is still looking into the Shearer memo.

Shearer has a long history with the Clintons, and his involvement in investigating Trump is likely to raise questions about his dossier’s impartiality.

“He’s a hatchet man for Hillary Clinton, not a sophisticated intel operative,” North Carolina Rep. Mark Meadows told The Daily Caller of Shearer in response to The Guardian’s report.

Meadows, a Republican who has pressed the FBI and Justice Department for information regarding the Steele dossier, questioned the origins of the information in the Shearer memo.

“Did the information come from Hillary Clinton?” he asked.

During the Bill Clinton sex scandals of the 1990s, Shearer allegedly worked with private investigator Terry Lenzner to dig into the histories of some of the women who had accused Clinton of sexual misconduct.

He was also reportedly investigated by the State Department inspector general in the 1990s for misrepresenting himself as a U.S. government official during negotiations with a Bosnian warlord accused of genocide.

Blumenthal and Shearer worked together on a business project aimed at capitalizing on the Libyan civil war following the removal of Muammar Gaddafi. Blumenthal’s hacked emails show that he and Shearer were in contact regarding a project to build medical facilities in Libya. Blumenthal frequently emailed then-Secretary of State Hillary Clinton pushing her to support the removal of Gaddafi as well as his project.

There have been rumblings that Shearer was involved in an anti-Trump project since the 2016 presidential campaign.

Congressional sources told The Daily Caller in January 2017 that Shearer was shopping around information about Trump. Shearer denied that he was involved in the Steele dossier, which BuzzFeed first published on Jan. 10, 2017. 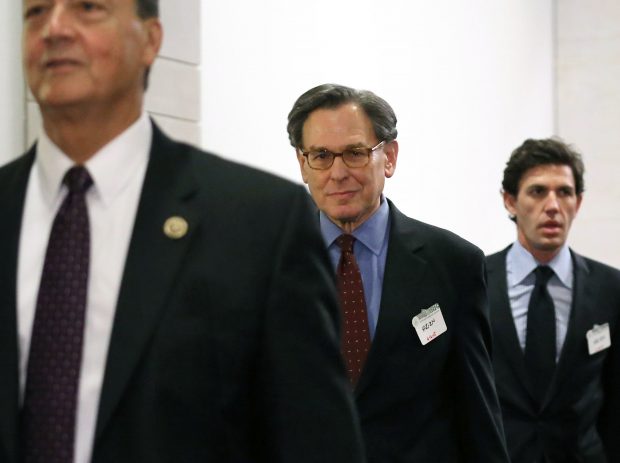 “I have had absolutely nothing to do with the release of materials contained in the Russian dossier, nor have I pushed these documents to reporters. Do not promote fake news,” Shearer told TheDC at the time.

Grassley and Graham asked for information about campaign contacts with Shearer and Blumenthal. The two Republicans also recently made a criminal referral against Steele to the FBI. They indicated that Steele misled the FBI about contacts he had with the media during the 2016 campaign. (RELATED: Steele Has Been Referred To FBI For Criminal Investigation)

Shearer responded again to questions from TheDC over the weekend by saying he “had nothing to do with the dossier.”

“Don’t know it, read it in the paper,” he said, declining to volunteer that he was involved in a separate dossier.

Shearer could not be reached by phone on Tuesday.

Shearer’s handiwork may have been referenced in a recent book published by Guardian reporter Luke Harding. In one passage, Harding wrote that he had been contacted by someone in the Clinton campaign who claimed to have information mirroring the allegations laid out in both the Steele dossier and the Shearer memo.

“In October an email written by a person in the Clinton camp reached my inbox. It set out some of the unproven allegations against Trump, including sex with prostitutes in Moscow. The email said the claims came from a source inside the FSB. This was not Steele’s work, but some of it echoes the dossier,” Harding wrote.