President Trump placed the emphasis on “we” over “I” in his first State of the Union address on Tuesday night. 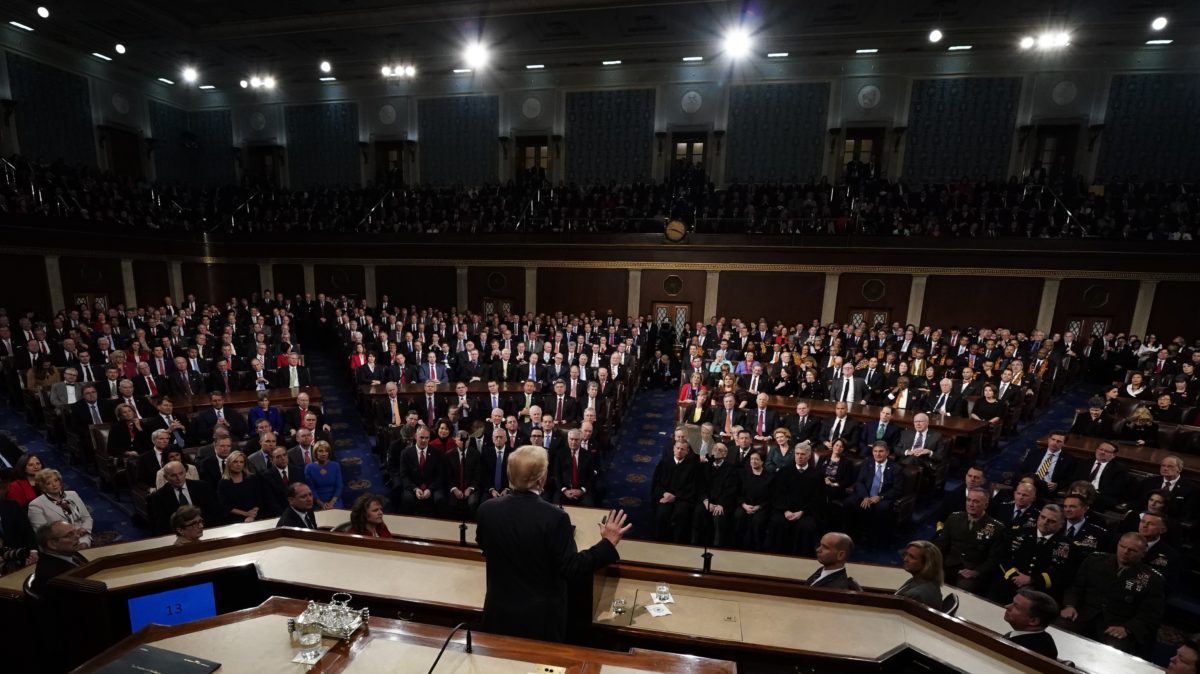 U.S. President Donald Trump delivers his State of the Union address to a joint session of the U.S. Congress on Capitol Hill in Washington, U.S. January 30, 2018. REUTERS/Jim Bourg

A review of the president’s prepared remarks by The Daily Caller reveals he used the word “we” more than four times as many times as he said the word “I.”

President Trump used the word “I” 29 times in his speech, while using “we” 129 times. Another communal word used often by the president: “our,” which he used 104 times.

“As long as we are proud of who we are, and what we are fighting for, there is nothing we cannot achieve,” Trump said near the end of his speech. “As long as we have confidence in our values, faith in our citizens, and trust in our God, we will not fail.” (RELATED: Obama Mentions Himself 45 Times During Memorial Speech For Dallas Police Officers)

“As long as we have confidence in our values, faith in our citizens, and trust in our God, we will not fail. Our families will thrive. Our people will prosper. And our Nation will forever be safe and strong and proud and mighty and free.”